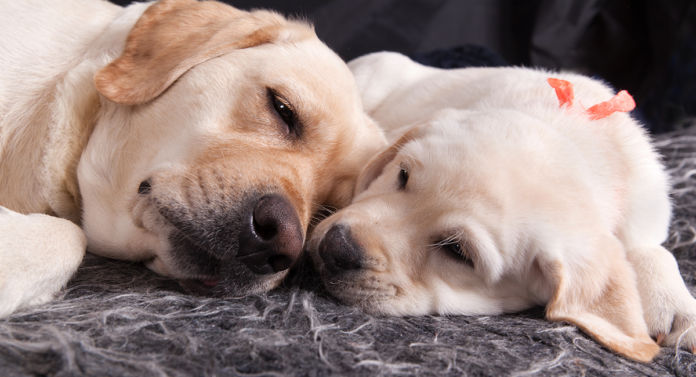 Common Labrador genetic tests include hip and elbow scores, eye tests, PRA and dwarfism. Good breeders will check the sire and dam’s genetic health before breeding. At the minimum a Labrador puppy’s parents should have low hip and elbow scores, a recent eye test and be PRA clear (or one carrier and one clear).

Over the last few years a range of genetic tests have sprung up. These tests were created to help Labrador breeders determine whether their breeding stock is likely to pass on one or more diseases to their puppies. These tests have been a fantastic development. Enabling us to make better choices about which Labradors to include in a breeding programme. When you buy a puppy the breeder should show you the following test results:

They may also have had a test to rule out skeletal dysplasia, a form of dwarfism that can occur in Labs.

Some diseases are passed on by a simple process. In one straightforward type of inheritance each dog inherits a pair of genes (one from each parent) that is related to the disease in question. And these genes can either be good (do not cause the disease) or bad (can cause the disease  if they are paired with another bad gene).

An example of this type of disease is Progressive Retinal Atrophy which affects many of our dog breeds and cause blindness. Until the genetic test for a common  type of PRA was developed,  we could only test breeding stock by asking a specialised vet to examine the dog’s eyes. The problem with this old test was that dogs may show signs of the disease until after they have produced puppies.

The gene test enables us to prevent these dogs from being mated. One of the best things about some of these genetic tests is that not only do they help us exclude affected dogs from the gene pool, but that they also enable us to include Labradors that would have been excluded before these tests emerged. Let’s have a look how that works.

Excluding dogs from the gene pool

With this simple type of inheritance only a dog with two bad genes can get sick,  but a dog with one good and one bad gene can pass the bad gene on  to its puppies. If a dog has two bad genes,  we can exclude it from our breeding programme. We can also make preparations in advance to help care for the dog when symptoms of the disease arise.

Including dogs in the gene pool

In the past,  we could make a guess about whether or not a dog was carrying a disease,  by looking at whether or not his close relatives became sick/affected. If in doubt,  the dog would be excluded from breeding. We could not risk mating a carrier (a dog with one bad gene and one good)  with another carrier,  because some of the puppies would then be affected (get sick).

With the new gene tests,  we can include carriers in a breeding programme provided that they are mated to dogs which are clear of the disease (two good genes). None of the puppies from this mating will be affected,  though some may be carriers.  All will therefore need to be tested in turn before breeding

Why would we breed from a carrier?

You may be thinking ‘surely it is better to mate only dogs which are free from the bad genes,  clear dogs,  with two good genes’. The problem is,  that in many pedigree breeds, the gene pools are quite small. After many years of closed registry breeding, and because certain breeding practices involve the over-use of certain individual dogs, the dogs within the breed are often quite closely bred and share many relations. Excluding more dogs from the breeding programme would be disastrous. We badly need more genetic diversity, and these simple tests give us that opportunity.

Of course some diseases are not so obliging.  Some are polygenic. Many genes probably contribute to the disease, and we have not identified them.  Sometimes the environment plays a part too. Hip dysplasia is an example of such a disease.

In this case our best bet is to test the breeding stock for ‘symptoms’ before they are mated.  And to only mate animals with the healthiest looking joints. It isn’t ideal, but it’s the best we have at the moment.

Yes, but only if you hope to have the dog mated. Many tests are expensive and some are quite involved. For the most part, there is no need to have your dog tested unless you intend to breed from him or her. If you do, it will help you to decide whether making puppies from a certain pairing is a good idea or not. 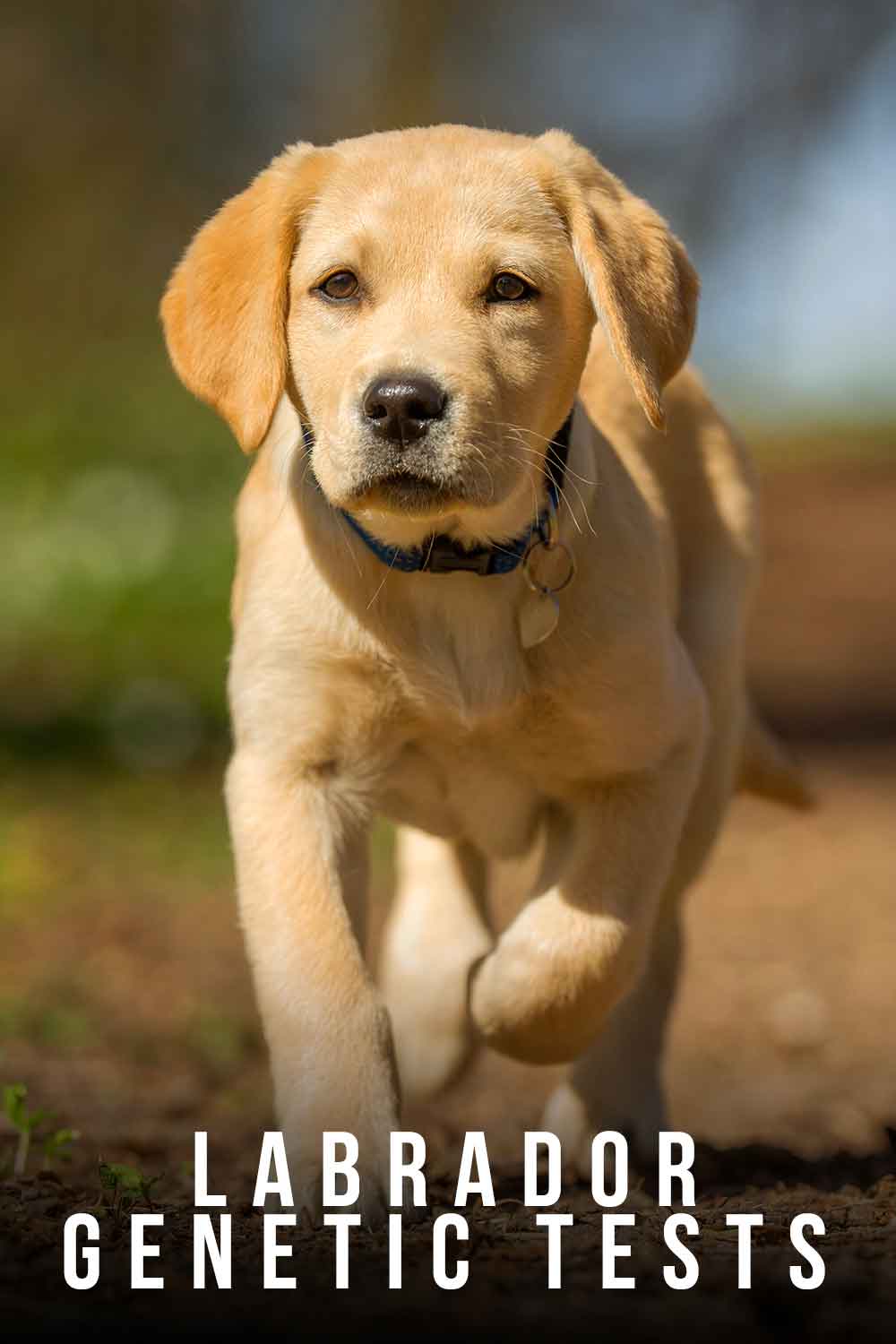