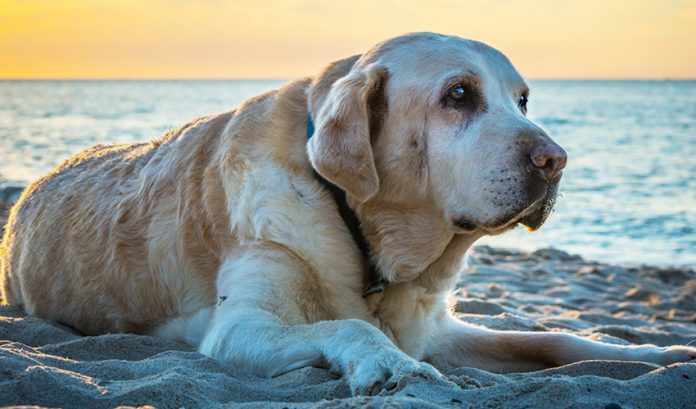 In this article Stephanie Cortez takes a look at common cancers in dogs. Using up to date research to help you understand the signs, symptoms and treatments of these common canine cancer forms.

Sadly, cancer in dogs in not uncommon with almost 1 in 4 developing cancer sometime in their life. While Labradors are generally not as high risk as other breeds, they too can still get cancer.

Furthermore, the American Veterinary Medical Association warns that as our pets get older there is an increased risk of cancer. With almost half of aging dogs suffering at some point in their lives. The AVMA states that while the best way to confirm if your pet has cancer is through a biopsy. Pet owners can be proactive by keeping watch for any abnormal changes that may indicate an underlying medical problem.

In this article, I will go over some of the most common symptoms to keep an eye out for. As well as the top 3 most common cancers found in larger breed dogs like Labradors. There are various types of cancers and various treatments to go along with them. If you feel your pet may be feeling unwell please always consult with a veterinarian.

According to the AVMA here are the most frequently seen symptoms that are associated with cancer in dogs.

Along with knowing which symptoms to look out for, it can be helpful to also know a bit more about the different types of cancer that are most commonly seen in Labradors. While these are the most common cancer types in Labradors, they can still be at risk for other types which is why it’s always important to speak with your veterinarian.

Before diving in and discussing the most common cancer types, it is important to be informed about what exactly is cancer. 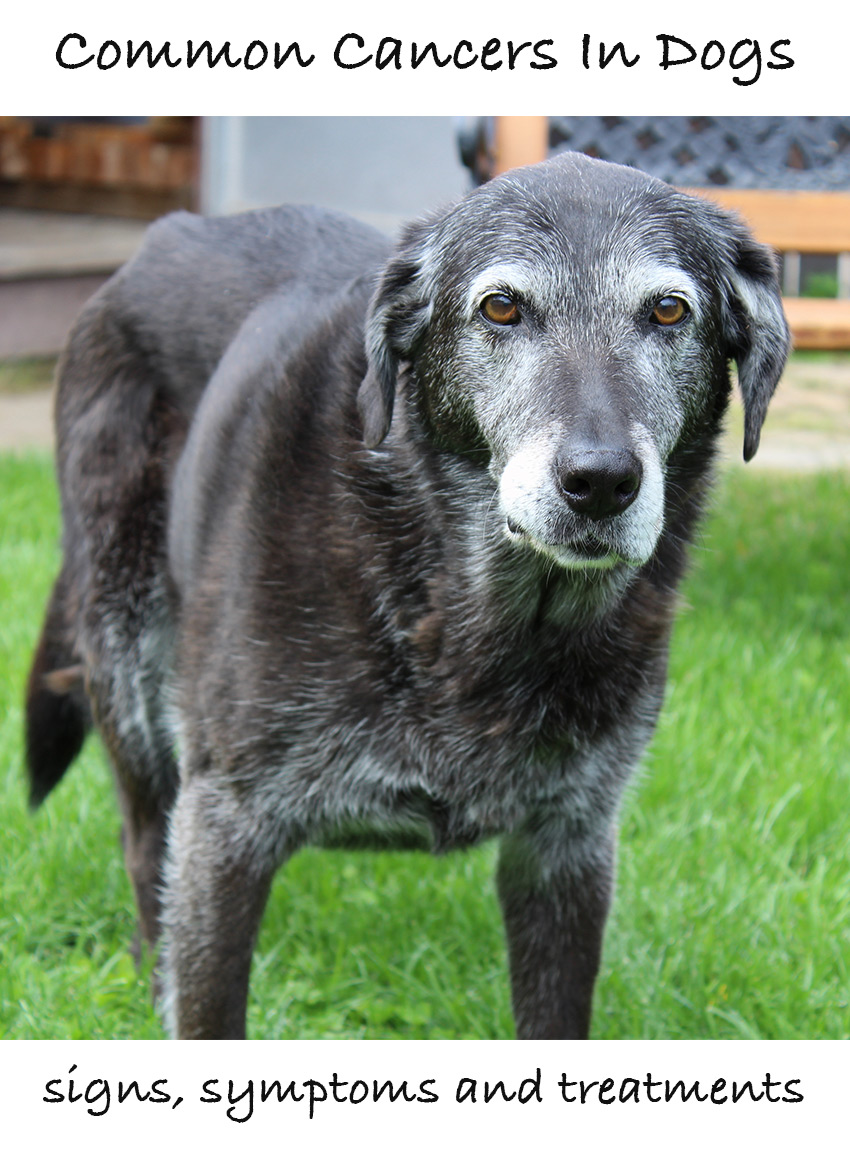 Cancer is characterized by the abnormal growth of cells, which can grow rapidly and begin to metastasize to other areas of the body. It is important to note that not all tumors or masses are malignant (cancerous). Some of them can be benign. This means that they are often slower to grow and tend to stay in one area of the body.

A cancer diagnosis is further broken down into type and stage, which will help form the decision for which treatment options are best. The type refers to how likely it is to respond to different treatments. While the stage indicates how far along the cancer is, which may indicate if it will spread (metastasize) or has already spread to other areas of the body.

Let’s take a look at the three most common dog cancers.

Research conducted in 2013 found that larger breed dogs have an increased risk for developing mast cell tumors. The research further showed that while Boxers were more prone to getting these tumors they were much less severe. While Labs experienced mast cell tumors that tended to be more aggressive.

The National Canine Cancer Foundation states that treatment options will vary depending on the Type and Stage of mast cell tumor diagnosed. As always, it is best to have a conversation with your veterinarian who will be able to explain all the options available to you. Usually, if the mast cell tumor is in an area that can allow for a larger surgical excision then surgery will be the best option.

If the tumor is in an area where a larger surgical excision is not an option then the National Canine Cancer Foundation suggests that a combination of surgery and radiation therapy would be the next best course of action. However, there are other options that may be available and more suitable for the type of mast cell tumor found.

Lymphoma is another cancer that researchers have found to have a higher chance of affecting larger breed dogs such as labs. According, to the American Kennel Club lymphoma is a term used to describe many different types of cancers which come from lymphocytes. Lymphocytes are a type of white blood cells which are usually tasked with fighting off infections, these cells are typically found in the spleen, lymph nodes, and bone marrow.

While lymphoma primarily develops in those places it can form in any organ in the body. The AKC also notes that there are various types of lymphomas found in dogs which will indicate the severity as well as the treatment available.

The most common treatment option for canine lymphoma is chemotherapy. However, the kind of lymphoma will dictate which chemotherapy is best suited. Another option your vet may suggest would be surgery or radiation therapy in conjunction with chemotherapy.

According to research conducted in 2015 mammary tumors accounted for the highest number of diagnosed cases in intact females. It further stated that half of those diagnoses were malignant. The good news is that research has shown that large breed female dogs have the lowest chance of having mammary tumors. With a frequency of around 22.3% compared to 48.4% in small breed female dogs.

However, the same report found that mammary tumors have been increasing in larger breed dogs. They speculated that exposure to chemicals and environmental pollutants, along with diet may be playing a role.

The treatment of mammary glands will almost certainly involve surgery to remove any tumors. Depending on the severity the rest of the mammary tissue may also need to be removed.

There are many different types of canine cancers, and not all of them are malignant. As your pet gets older it is important to keep watch for any abnormal growths—early detection is key. Furthermore, treatments will be based on what type of cancer as well as what stage it is at and it’s always a good idea to consult with your veterinarian.

Most Common Cancers In Dogs

Canine cancer is a terrifying thing to have to consider as a pet parent, but something that sadly does have to be faced by many of us. The most common cancers in dogs are mammary tumors, lymphoma and mast cell tumors. By making sure you know how to spot the signs of canine cancer, you can get your Lab to the vets as quickly as possible. Giving your pup the best chance of making a full recovery.