Chocolate Lab vs black Lab – it’s the battle of the coats! Both of these dogs are enormously popular, and have human fans who could never contemplate another color. And there’s fierce debate about whether black Labs and chocolate Labs truly have any differences at all besides the color of their coat. We’re going to see what differences do exist, and help you choose the right Lab for you.

Chocolate Lab Vs Black Lab – Which is Best?

So you’ve settled on a Labrador Retriever. You might have even decided whether you’d prefer a boy or a girl. But now you’re wondering if color matters too. 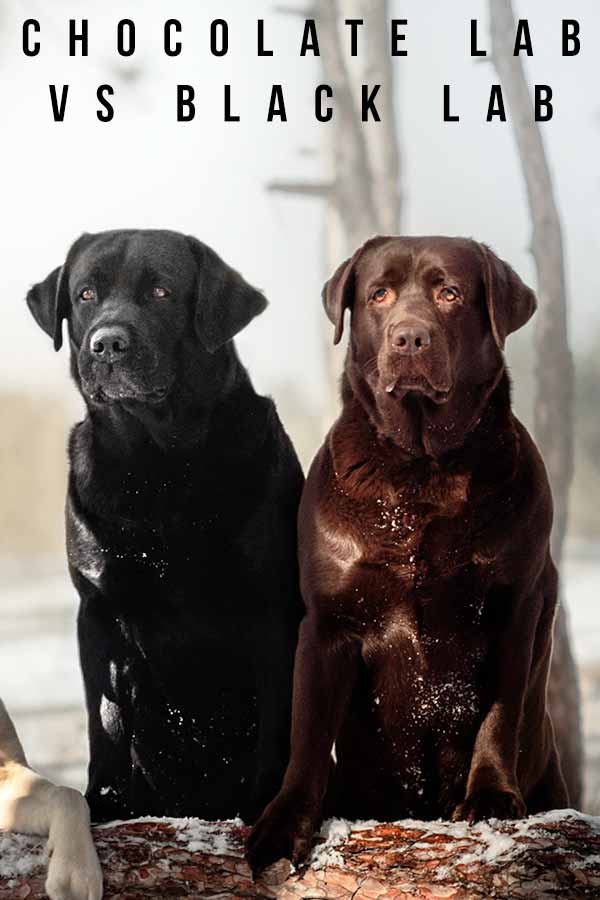 Will choosing a chocolate or black Lab affect their personality, health prospects, or even how easy they are to train? We’re going to weigh up the evidence about whether coat color matters. At the end, you might have a clear idea that one color is better suited to your household and lifestyle. Or you might decide you’d be happy with either!

If you like, you can navigate to specific topics in this article using these links:

Who knew there could be so many areas to cover?! Let’s get cracking!

Chocolate Labradors and Black Labradors both belong to the same breed – the Labrador Retriever. Which means they have the same ancestry, and a lot of shared history. But they haven’t always been considered equal. In fact from the inception of the Labrador breed in the early 1800s, all the way through to the 1960s, black Labs were much more desirable.

Chocolate Lab puppies (or liver puppies as they were known at the time) were frequently culled at birth. Which seems shocking to the modern dog lover! It’s not clear if there was ever any reasoning for this, besides a strong preference for the look of black dogs. Then in the mid-20th century, chocolate Labs started to appear in field trials and at dog shows, and gradually their star began to rise.

These days, both colors are popular as working dogs, show dogs, and cherished family pets. However, the number of new black Lab puppies registered every year is still consistently much higher than the number of chocolate Lab puppies.

Labs weigh 55 to 80lbs, and one UK study found that chocolate Labradors weighed, on average, 3lbs more than black and yellow Labradors. But the biggest determiners of a Labrador’s size and looks are their sex, and whether they come from show or working lines. Males Labs are typically bigger (65 – 80lbs) than females (55 – 70lbs). Show Labradors (also known as English type) are shorter and stockier than working (American type) Labs, who are taller and slimmer. Show Labs are also more likely to still sport the famous Labrador otter tail.

What about personality – do the differences between a black vs chocolate Labrador go any further than fur deep? This is a hotly contested topic! Historically, one of the reasons chocolate Labs were less popular as working dogs is because they were regarded as less intelligent, and too boisterous. Stereotypes like this have the potential to become self fulfilling prophecies – breeders start to focus on producing litters which are both black and extra clever, because that’s what buyers want.

What does the research say?

In 2014, researchers at Edinburgh University surveyed the owners of nearly 2000 Labrador owners in the UK. They reported that chocolate Labs were noisier, more likely to become agitated when ignored, and more excitable than black dogs. But on the other hand, a 2019 survey of 225 Labradors in Australia didn’t find any evidence that chocolate Labs are more hyperactive or aggressive than black Labs.

In many ways, these results raise more questions than they answer. Is one study right, and one study wrong? Are they both right, but the link between color and temperament is only established in breeding lines in some countries? Or is the link a result of other factors, such as chocolate and black Labs being raised differently – perhaps because black Labs are more likely to be destined for field work?

Respondents to both the British and Australian surveys above were also asked to give a measure of their Labs’ trainability. In both sets of results, chocolate Labs were regarded as less trainable than black Labs. What’s more, according to the Australian study, black Labs who carried the brown coat gene but didn’t express it were also perceived as less trainable than black Labs that didn’t carry it.

This is interesting because it supports the idea that trainability may have a genetic component which is linked to the gene for brown coat color, and discernible even when the trainer doesn’t know the gene in present.

Is this bad news for chocolate Labs?

It’s important to appreciate that chocolate Labs are still very intelligent dogs, who respond well to positive reinforcement training. And what we can’t tell from the studies above is the background of the human trainers behind the dogs. For example, someone who works their Labs, or participate in field trials, will have much higher training expectations than a family keeping their dog as a pet. And when it comes to choosing between a chocolate vs black Lab as a pet, many of us are unlikely to even reach the level of training where any difference in ability becomes apparent.

Whatever color puppy has caught your eye, the best way to gauge how well they will respond to training is to ask the breeder what the other dogs in their family tree were like. Some pedigrees are laden with chocolate Labs who hold field titles galore. And some breeders continue a line of black Labs that aren’t especially bright, because they’re extremely patient and affectionate instead.

Next let’s take a look at black vs chocolate Lab health. In the UK, a 2018 study of Labrador life expectancy reported that chocolate Labradors have a shorter average lifespan than non-chocolate Labradors (10.7 years compared to 12.1 years). However, the researchers couldn’t speculate whether that applies to Labradors in other countries too.

All Labs are at risk of:

In the UK, a review of the veterinary records of 2074 Labradors also found that chocolate Labradors were more likely to experience ear infections and hot spots than either black or yellow Labradors. But in their favor, chocolate Labradors might be less associated with the POMC gene linked to excessive appetite and weight gain.

At last, here’s an area in which chocolate and black Labs are perfectly matching! Black and chocolate Labs both need a lot of exercise – typically around two hours a day by the time they’re grown up. Your Lab’s energy levels will hinge more on their breeding lines than their color though.

Labs from American (working) lines tend to be more driven, and motivated to work. They need more daily exercise before they’re ready to relax at home. While English Labs are more content to go with the flow, and dare I say it, a little more sedentary.

Whichever Lab you love the look of more, the secret of making sure your dreams match reality is finding a puppy from a really great breeder. Good breeders health test their sire and dam, to protect the next generation from unnecessary hereditary illnesses. All breeding Labs should be tested for:

But most importantly, if you’ve settled on a Lab but you’re not sure which color is best, a good breeder is excellent at matching puppies to people. They will ask you lots of questions about your household and lifestyle. And they’ll apply that to what they know about the temperaments of their puppies, to ensure that whichever color Lab you take home, their character is a perfect match for your home. For more on finding that perfect breeder, visit us here!

Which Breed Makes A Better Pet?

Any color of Labrador can be the perfect pet in the right home. We’re fortunate that Labradors’ popularity means that we have more evidence about the effect of coat color than in any other dog breed. But there are still lots of missing pieces in the research.

At the moment, it’s possible that chocolate and black Labs have inherently different temperaments. And chocolate Labradors appear to have suppressed health and lifespan compared to black Labs. But it’s not clear how much these differences are a result of having been rather neglected and out of favor for most of Labrador history.

Chocolate Labradors can be just as loving and loyal as black Labs. So is it possible that with as much attention to breeding for health and personality, that they could be just as long lived and trainable too? Only time will tell!

Do you have a Chocolate Lab or Black Lab?

Do you recognize any of the differences we’ve written about in this article? Or perhaps you’d like help choosing which color from some Labrador parents who’ve already been there. Hop on over to our forum for Labrador chat about this, and lots of other topics!

Raffan et al, A Deletion in the Canine POMC Gene Is Associated with Weight and Appetite in Obesity-Prone Labrador Retriever Dogs, Cell Metabolism, 2016. 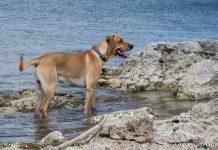 Different Types Of Labrador – Which Is Right For You 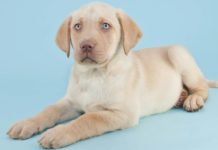 Yellow Lab – Your Guide To The Yellow Labrador Retriever 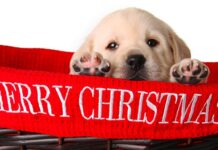 A Labrador Puppy For Christmas – Is A Christmas Puppy Right For You? 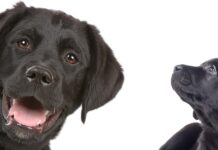 Puppy vs Dog – Which One Should I Bring Home? 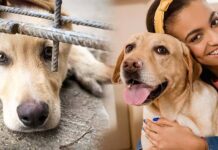