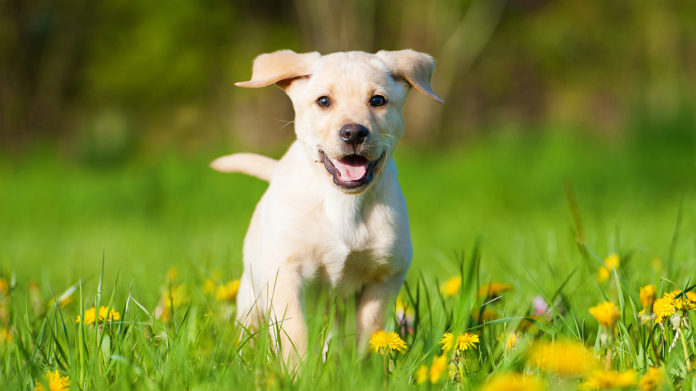 In this article, we’ll explore just what exactly colloidal silver is and how it might be used for dogs. On top of this, we’ll also answer one of the most important questions of all – does it really work?

What is Colloidal Silver for Dogs?

Colloidal silver is created by immersing extremely small particles of silver into a liquid solution.  The pieces of silver are often so small that you cannot visibly see them.

Colloidal silver as a medical treatment has actually been around for a long time.  The earliest documentation of colloidal silver was in 400 BC, when Hippocrates listed the treatment for ulcers as “the flowers of silver alone, in the finest powder.”  However, just because it has been used occasionally in the past does not necessarily mean that it is safe by modern standards. After all, many ancient medical practices are considered barbaric and ineffective today.  To help us figure out how effective and safe colloidal silver for dogs really is, let’s first take a look at some diseases it is supposed to cure.

Colloidal silver for dogs is claimed to cure a number of infections, including ear infections.  In fact, some state that it can cure nearly every type of bacterial, fungal, and viral infection.  Colloidal silver is said to accomplish this feat due to its very small size. Because it is so small, some think that it can penetrate cells and destroy them.

It is true that colloidal silver can destroy cells.  However, it can destroy ALL cells, including your pup’s healthy ones. It is not a targeted treatment like modern medication.  Furthermore, most colloidal silver is at such a low concentration that there really isn’t going to be much cell destruction to begin with.  Due to this, it is generally considered a very ineffective treatment.

A yeast infection is a fungal, inflammatory skin condition in dogs.  They are actually pretty common, especially in hot, humid environments.  Because of silver’s proclaimed anti-fungal properties, some dog owners have begun using colloidal silver for dogs to treat yeast infections in their furry friends.  However, is there actually any evidence to back up this claim?

Simply put – no. There is no scientific evidence to back up colloidal silver for dogs being an effective treatment for yeast infections.  Colloidal silver might help in a very minor manner.  However, the pure lack of scientific research in this area means that it is just as likely to hurt as it is to help.  Plus, there are many more effective modern treatments for yeast infections.

On top of this, even if colloidal silver improves your pet’s skin condition, serious skin conditions can point towards an underlying health problem. Self-treating your pooch at home could cause a possible underlying problem to go undiagnosed, which can cause even more issues. Because of this, it is always important to take your canine to the vet if they begin exhibiting strange behaviors or symptoms.  Self-treating at home is almost never the answer. 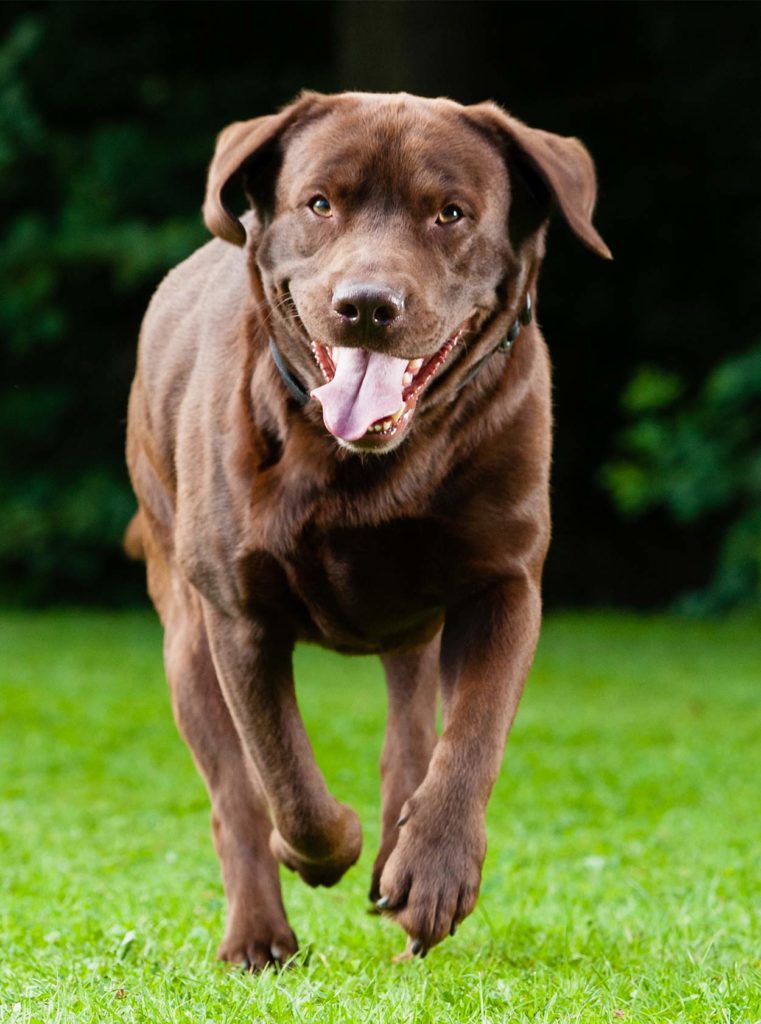 Is Colloidal Silver Safe for Dogs?

Many of those who advocate for use of colloidal silver for dogs claim that it is used in humans, and therefore must be safe for use in our pets too.  However, this is simply not how things work.  Just because something is safe and effective in humans does not automatically make it safe for our dogs, too.  Dogs simply react differently to certain substances than we do. They need different medicines than we do.

Furthermore, the use of silver as a medical agent is actually being phased out in many human treatments.  Study after study has shown that silver often times does more harm than good.  One study, for example, explored the effects of silver in the wound-healing process of humans.

While silver does have antibiotic properties that can prevent infections, this study found that the silver

“compound delays the wound-healing process and that silver may have serious cytotoxic activity on various host cells.”

In other words, silver as a wound treatment actually does just as much harm as good.  It prevents infection, yes, but it also causes healing to take longer and can damage health cells.  There have been few studies done on the effects of silver on dogs specifically.  However, those that have been done have not been very promising.

To sum it all up, in every study involving colloidal silver and dogs, severe side effects were discovered. In other words, it is not usually considered a safe option for your pooch.

As previously stated, there has not been extensive research involving the use of colloidal silver for dogs.  However, out of the scant research we do have, none of it points towards any likely health benefits for your pooch.  In fact, most of the evidence points towards it being far more harmful than good.

Before colloidal silver can be considered appropriate for dogs, there needs to be more studies and research performed.  This is especially true when it comes to treating sick dogs, who might be more prone to experiencing the negative effects of colloidal silver.  There is simply not enough research out there to make a firm conclusion! 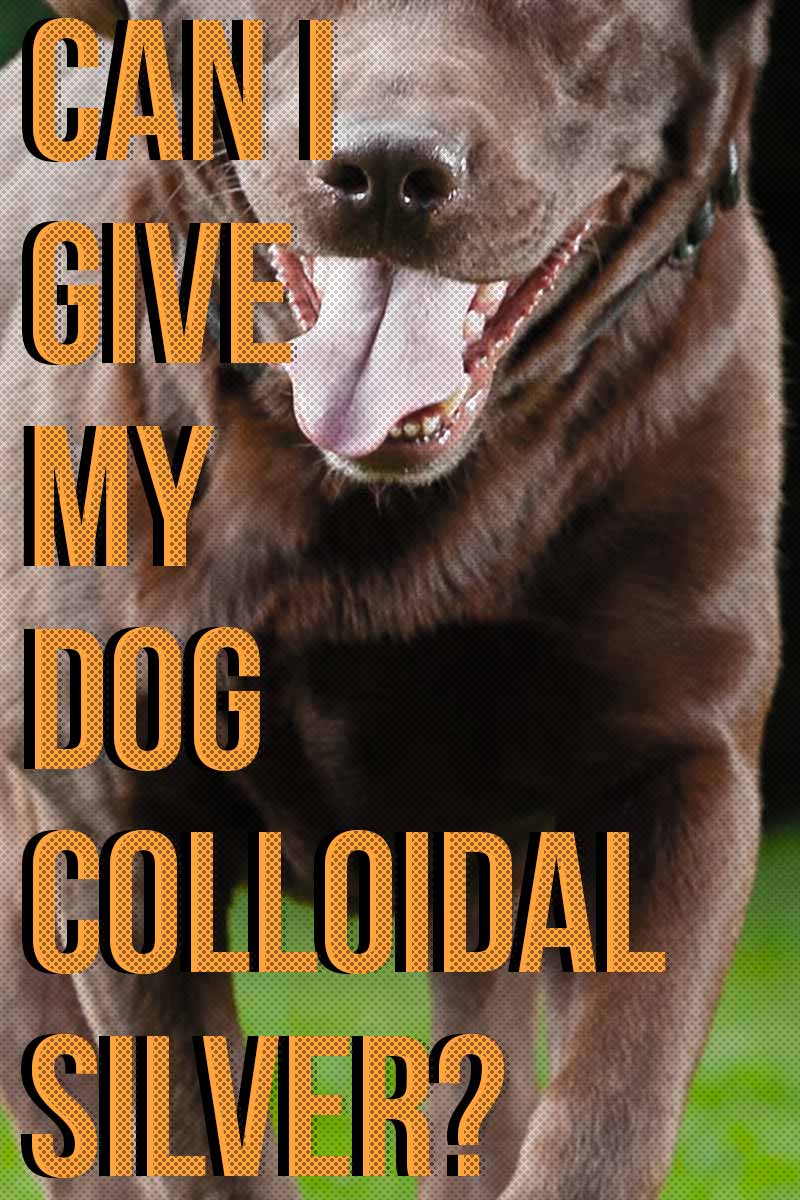 At the end of the day, there really just hasn’t been enough research to prove whether colloidal silver is definitely safe or unsafe for your furry friend. There is just no scientific evidence supporting the various uses commonly promoted.  The studies we do have all show enormously negative effects, including things such as organ enlargement and death.

It just really isn’t worth risking your pet’s life by attempting to treat him or her at home with colloidal silver. If your pet starts acting strange or exhibiting signs that they are sick, your best bet is always to take them to the vet and get them checked out.

Does any of the research in this article surprise you?  Have you ever used colloidal silver on your pets? Let us know in the comment section below!