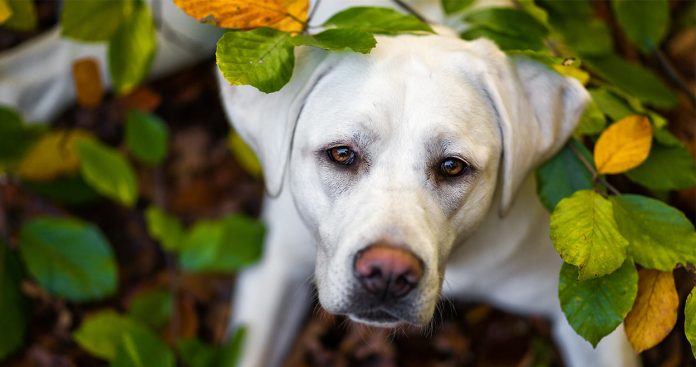 Humans often use hydrogen peroxide (H2O2) as an antiseptic. We use it to clean wounds, because it has antibacterial properties. We also use it as a mouth rinse. Hydrogen peroxide helps with mouth irritation and mucus removal in people. Hydrogen peroxide can also be used for bleaching. It’s one of the main ingredients in many teeth whitening systems, for example.

So, if your pup is having issues, or needs a wound cleaned, can you use hydrogen peroxide on dogs? Is it safe for dogs? Find out with this guide! We’ll give you all the information you need to know about hydrogen peroxide and dogs.

Can you use Hydrogen Peroxide on Dogs?

Hydrogen peroxide and its effects have been studied extensively in the last 100 years, in part because it has been used to treat everything from bacterial-related illnesses to cancers in humans. 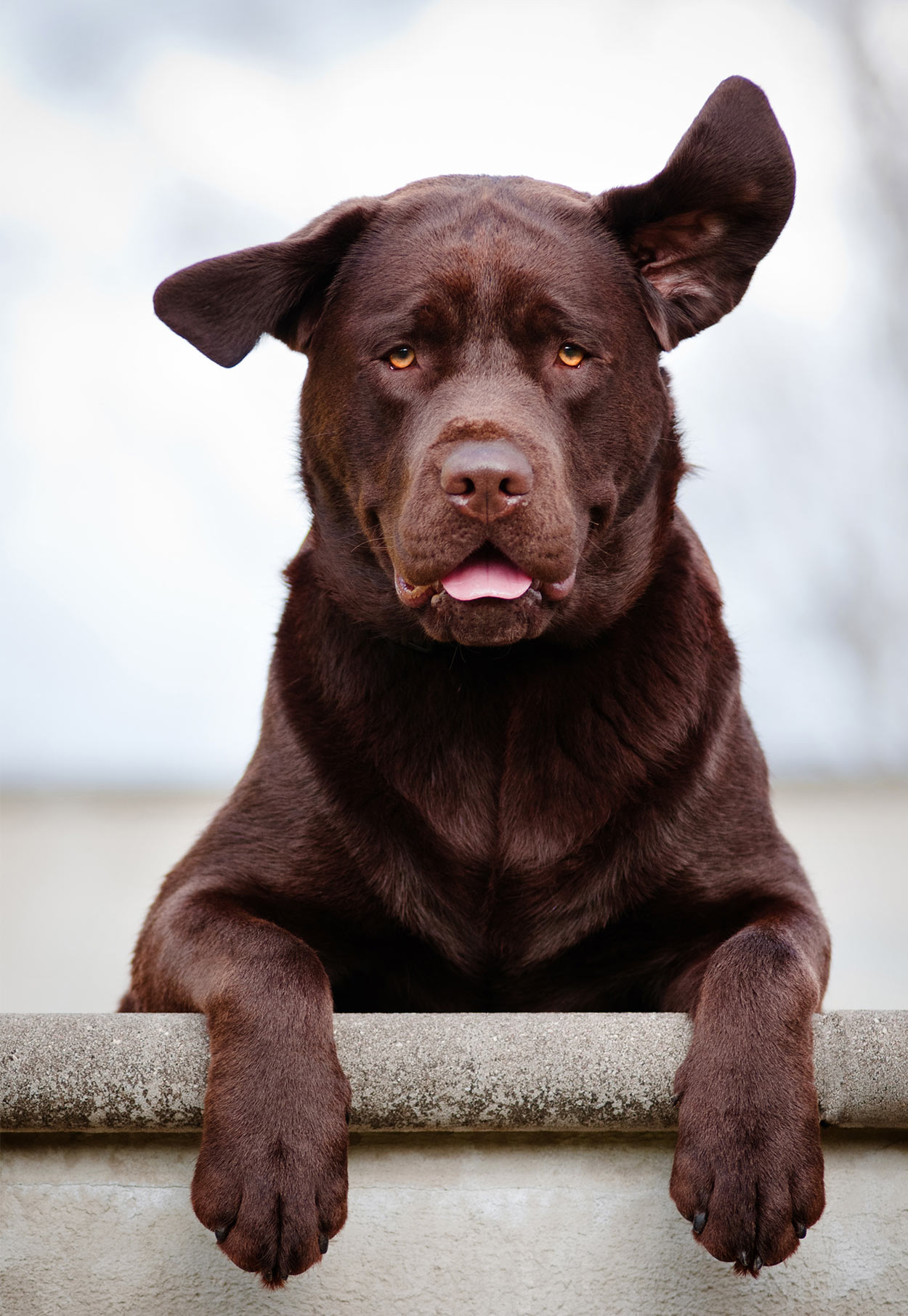 Despite the huge amount of research, there are still so many questions about the therapeutic use of this compound. You’ll find conflicting information everywhere, and not that much of it related to dogs. So the answer to the question “Can you put hydrogen peroxide on dogs?” is not clear-cut. Yes, you can. But it’s not always the right thing to do.

Our research shows that there are certain controlled situations in which hydrogen peroxide can possibly be helpful for dogs. But you should always consult your vet when your pet is unwell and see what they prescribe. It’s not ideal for all situations in which humans often turn to hydrogen peroxide. Thus, it’s much better to use medications that are designed for the dog’s specific conditions.

Ultimately, we can’t recommend hydrogen peroxide for wound care with dogs, based on the evidence. If your dog eats something poisonous, the careful use of hydrogen peroxide is recommended to get your dog to throw it back up. However, large items if made to regurgitate could cause your dog to choke! So it just isn’t that simple.

Also, hydrogen peroxide has been known to be effective in de-skunking dogs. Many home recipes for removing skunk odor include hydrogen peroxide. But are they entirely safe? Let’s take a look at these areas in more detail, to see where the problems arise.

Hydrogen peroxide is basically an antiseptic and a disinfectant, often made available in a three percent solution or higher for cleaning wounds and for topical skin care. In studies, it has been shown to be relatively effective in removing bacteria including E. coli. It has germicidal properties and may also remove contaminants mechanically.

The bubbling action, which is basically oxygen being activated, may help physically remove oils and other agents. H2O2 has a broad spectrum of activity against bacteria, and decomposes into water and oxygen when it comes into contact with organic matter. 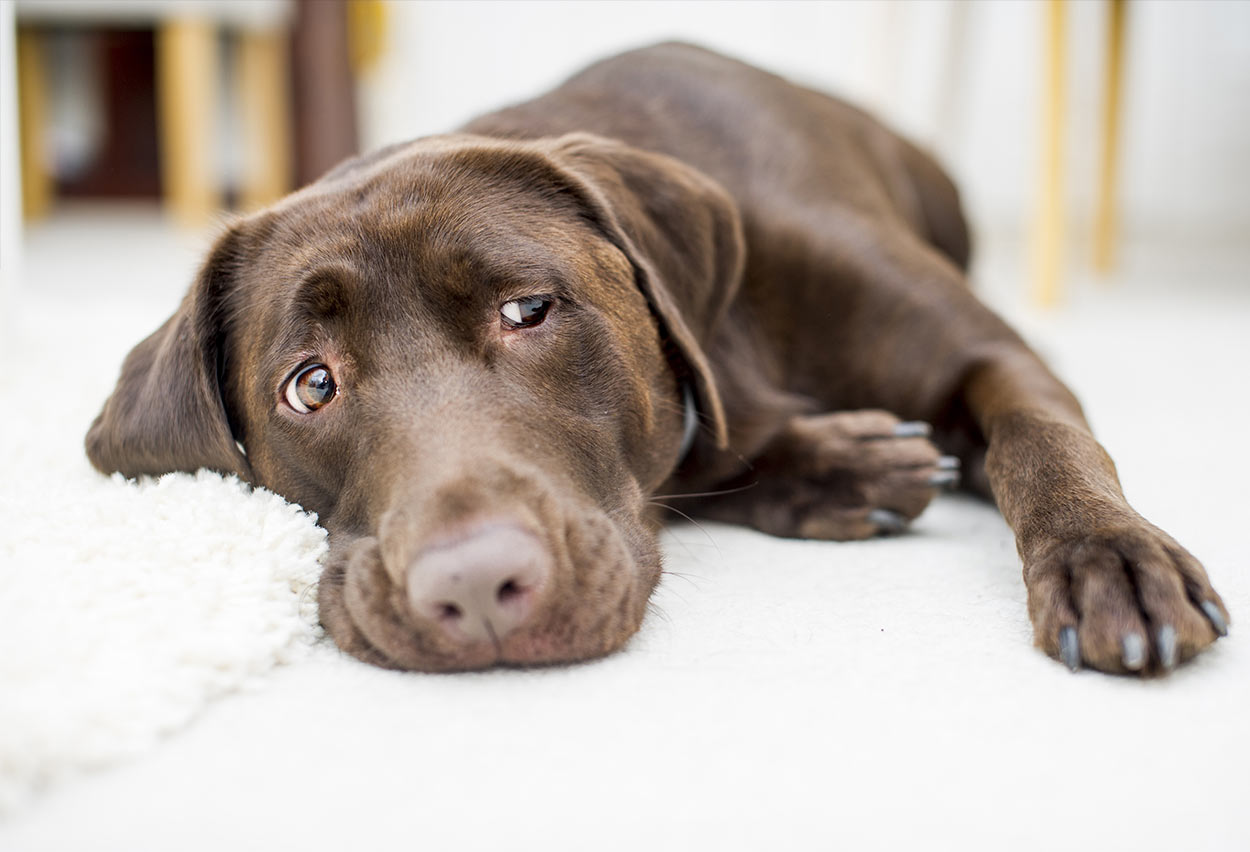 However, H2O2 use has declined in recent years because of studies showing oxygen bubbles forming inside human circulation systems as a result of improper use within closed spaces or under pressure.

It is also available in 35% solutions or higher, sometimes called “food grade,” and this must be diluted for most uses. If hydrogen peroxide is used at such high concentrations without being diluted, and it if’s ingested, it can cause corrosive tissue damage and other problems. Given that there are other antiseptics on the market that are quite effective, giving dogs hydrogen peroxide may not the best option for wound care.

The one use for which we can recommend hydrogen peroxide, based on the science, is as an emetic – to cause vomiting in dogs. In fact, this is veterinarians’ preferred way of inducing dogs to throw toxic substances up. But you’ll still want to call your vet or poison control center first, to make sure inducing at home is appropriate. Do not induce vomiting without checking. Some items if thrown up with potentially cause choking or further damage if caustic.

Always speak to your vet to confirm before inducing vomiting. H2O2 is still toxic in large quantities, and must be carefully dosed. A 3% solution is effective in inducing vomiting in more than 90 percent of dogs. In those dogs, around 48 percent of ingested agents are recovered. There are some side effects, but these are mild and self-limiting. This makes hydrogen peroxide often the best option for making dogs throw up.

How long will it take to get your dog to vomit after it ingests hydrogen peroxide? It may only take a minute or two, but it can be 20 or up to 40 minutes before she sends it all up again.

How to Make Your Dog Vomit Without Hydrogen Peroxide

Hydrogen peroxide for dogs is by far the safest way to induce vomiting, even though you have to be careful doing it. Most other ways to make your dog vomit without hydrogen peroxide can be dangerous – like putting a finger down her throat, or giving syrup of ipecac or salt. Definitely don’t use caustic chemicals like drain cleaners to do this. Avoid petroleum and hydrocarbon distillates such as gasoline, which can be inhaled into the lungs.

Your best bet, if you have no hydrogen peroxide, is to call your local poison control center for pets. They can walk you through other options that you may have available to you. But please consult a vet as soon as you can. Under some circumstances, you can do more harm than good when inducing vomiting the wrong way or at the wrong time. And if you give too much, you can also create additional problems. Your dogs health isn’t something you should be experimenting with.

How to Clean Dog Ears with Hydrogen Peroxide

The jury is still out on whether or not hydrogen peroxide is good for treating ear infections and for keeping ears clean. But, for the most part, vets advise going with a solution specially designed for cleaning ears, rather than using a homemade hydrogen peroxide ear cleaner. If your dog has an ear problem, you need to take him to the vet. It might not be caused by what you think, and they will have the best solutions.

Some vets will tell you that hydrogen peroxide’s antibacterial qualities can help remove bacteria and it is relatively safe. But because the solution quickly degrades to water after bubbling, it can also provide a moist environment inside the ear that allows bad bacteria to flourish.

Hydrogen peroxide may soften, but does not dissolve waxes and oils. Also, it does not kill infections as well as alcohol does. Additionally, using too much or using hydrogen peroxide inappropriately can cause irritation to a dog’s skin.

Hydrogen peroxide for dogs does not kill dog ear mites. Your best bet is to go to your vet and get medication specifically designed to treat your dog for ear mites. If it looks like your dog may have an infection, you should see a vet for advice on what to use, and to make sure the ear infection isn’t a sign of something more serious.

You may find that some people use hydrogen peroxide to remove tear stains on their dog’s faces. That’s because one of the potential causes of these stains is infection caused by bacteria. But hydrogen peroxide is dangerous for the eyes, and can cause medical problems for dogs who accidentally get some in their eyes. So this is another area where the medical literature isn’t quite in agreement.

On top of the antibacterial aspects, hydrogen peroxide’s bleaching properties may work well to lighten darker colors caused by staining, when dried on the muzzle. But some vets say it’s still too dangerous, given the possible consequences to your dog’s eye. In sufficient concentrations, the oxygen decomposition process can cause burns to the conjunctiva, a tissue that lines the insides of eyelids and coats the eye.

Don’t try to use hydrogen peroxide for dogs eyes, or in their eye area, ever. Go to your veterinarian for help. Also, you should visit the vet to make sure there isn’t an underlying health issue that is causing the staining.

Many recipes for removing skunk odor from your dog include hydrogen peroxide, along with other ingredients such as baking soda and liquid soap. We can’t find any research that says this is a bad idea, and there’s much anecdotal evidence that a mixture of these ingredients does, indeed, work to neutralize bad odors.

Chemist Paul Krebaum is credited with creating an effective remedy, published in Chemical & Engineering News from October 1993 and tested on “MythBusters,” that includes one quart of 3% hydrogen peroxide, 1/4 cup of baking soda, and 1 tsp. of liquid soap. But you still need to be careful to keep the hydrogen peroxide out of your dog’s eyes, nose and mouth. Remember, too, that hydrogen peroxide can bleach hair and clothing, so be careful. 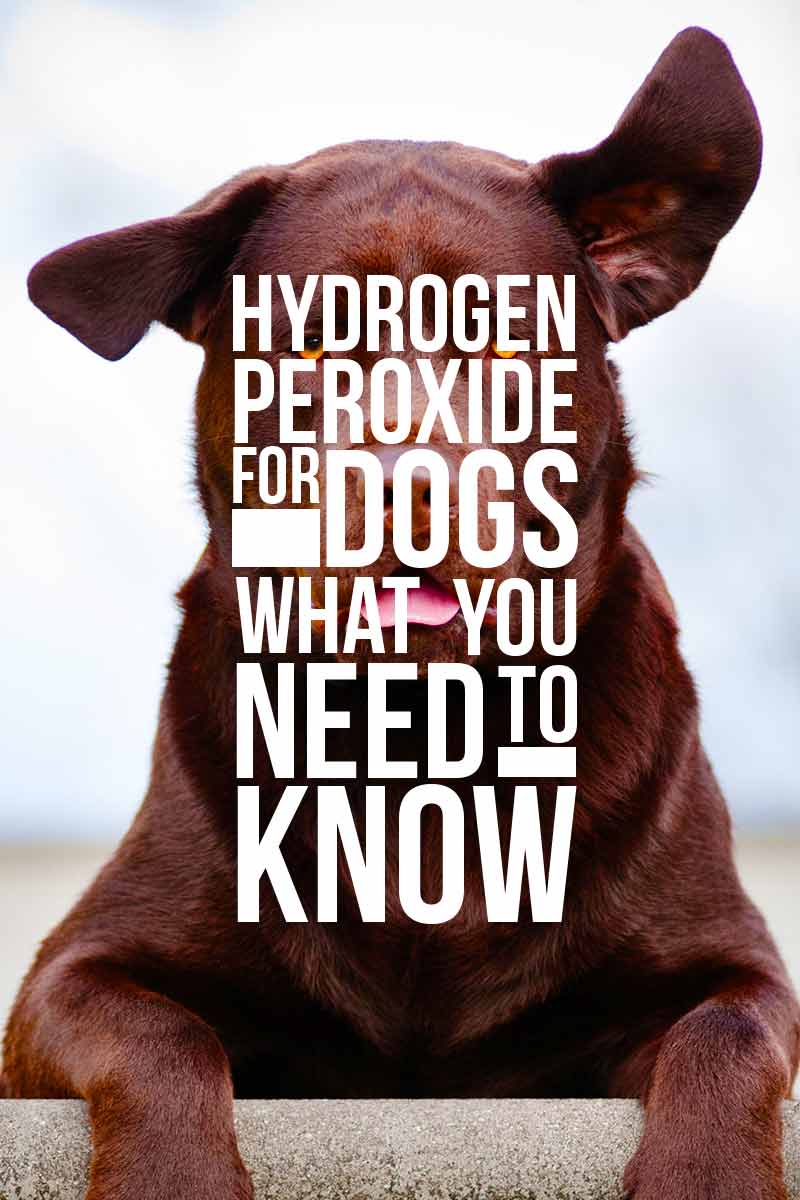 So, is hydrogen peroxide safe for dogs?

Who knew that such a ubiquitous substance would be so controversial, when it comes to dog care? The issue is this – hydrogen peroxide for dogs can, under certain circumstances, be helpful. But it isn’t necessarily the safest antibacterial choice. This is especially true if you use concentrated versions without diluting them, and use them too close to eyes, ears, and mouths.

It’s good for inducing vomiting and effective when it comes to deodorizing your skunked pet. Beyond that, though, you may want to look at alternatives specifically designed for each purpose.