Do dogs have feelings? This may seem like a straightforward question. Especially if you’ve ever caught your dog rummaging through the trash when they know they’re not supposed to! If you’ve ever wondered, “Do dogs feel guilt?” then the expression on his face probably made you suspect that they do!

But what exactly is the range of dog emotions? Do dogs have emotions at all? Perhaps most importantly, do dogs feel love for us in the same way that we feel love for them?

We love our canine companions, regardless of what the answer is. However, many of us are still interested in discovering whether there is any scientific basis for a dog’s feelings.

In fact, when pondering the topic of dog emotions, several questions can often arise.

In this article, we’ll dig a little deeper into the question of whether dogs have feelings. We’ll also discuss the science and research behind the answer.

Do Dogs Have Emotions?

Indeed, dogs do have feelings! As it turns out, devoted dog owners were right all along. But what is the evidence for dog emotions?

Gregory Burns, a neuroscientist at Emory University, recently conducted studies using an MRI to examine the brains of dogs to address the question, “Do dogs have feelings?”

Surprisingly, when exposed to positive experiences, a dog brain react in a very similar way to a human brain. The findings are summarized in Burns’ recent book.

In fact, the idea that animals have intelligence and experience emotions is now accepted. Research is now more focused on how complex these feelings are. Everything from the questions, “Do dogs feel guilt?” to, “Can dogs have empathy?” is being researched in greater detail.

Emotions have also been studied in many animals including rats and elephants. But exactly what emotions do dogs have? Let’s take a closer look at what we know so far.

What Emotions Do Dogs Feel?

Dog emotions aren’t exactly like human emotions. For instance, the brain of a dog is thought to operate at a similar level to that of a two and a half year old child.

This means your dog can have feelings of:

Of all the dog emotions your pup experiences and expresses, love is probably the one that touches your heart the most. You can read more about it here in an article that directly addresses the question, “Do dogs feel love?”

For now, let’s take a closer look at some other common emotions your dog experiences and how to recognize your dog’s emotions.

Can You Hurt Your Dog’s Feelings?

Everyone knows the classic look of a dog who has been scolded for something he shouldn’t do. Head down, eyes up but avoiding you, tail tucked — there’s no doubt that he knows he’s done something wrong! Do dogs feel guilt? It certainly looks like they do, though we’ll discuss that more later on.

But can dogs get their feelings hurt if they are scolded without reason?

Few dog owners would have the heart to try the experiment in earnest. Loving dog owners would never want to make their dogs feel bad without cause! But sometimes we may scold them jokingly, as part of play. Do dogs get their feelings hurt if they don’t understand that we’re not serious?

The concept of “joking” is very different from the concept of “play.” And dogs just don’t think the same way that humans do, even if they feel many of the same emotions.

So, yes, in a way, dogs can get hurt feelings, even if we’re joking with them. But they usually respond more to tone of voice than actual words. If you’re playing with your dog, make sure to keep your tone level and warm, no matter what you’re saying.

Do dogs feel love from you when you speak to them lovingly? Definitely!

Do Dogs Have Feelings of Happiness?

As you watch your dog bound around the yard, tongue out, with a goofy look on their face and tail working energetically, it seems silly to even ask, “Do dogs have feelings?” 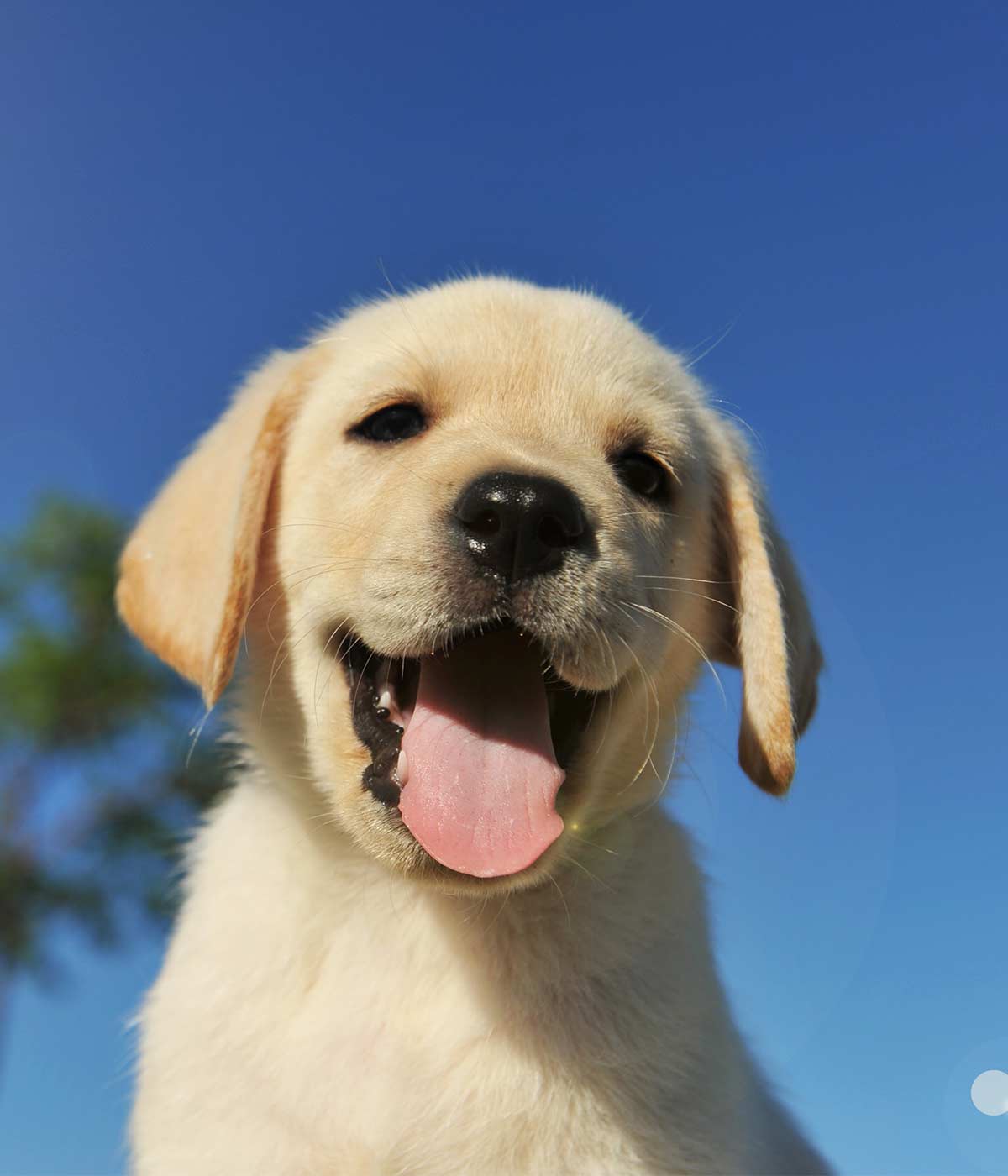 Recently, one researcher even discovered that dogs appear to laugh! Which does make me suspicious as to whether our dogs have been secretly laughing at us all this time…

When studying canine emotions, scientists are often interested in a part of the brain called the caudate nucleus, which is surprisingly similar in dogs and humans. This part of the brain is rich in dopamine receptors and dopamine play a large role in experiencing happiness.

The caudate nucleus is also hard at work when we’re anticipating something we’re looking forward to.

So it seems that although the brains of dogs are smaller than ours when dogs are anticipating something enjoyable, they feel the same emotions we feel.

Do Dogs Have Feelings of Sadness?

Many species have been found to experience sadness. Most notably, they feel grief when someone close to them is lost.

It also appears that dogs can detect sadness in humans. At least some of the information dogs collect to determine if we are sad or happy comes from the sounds we make.

For instance, dogs can differentiate between laughing and sighing based on the length and rhythm of sounds we make.

If your dog detects sadness, they may try to comfort you with a soft nudge or paw on your lap. So, it seems dogs can detect and react to sadness in humans.

And animals are most definitely capable of feeling sadness and grief. However, exactly how dogs experience grief and sadness is yet to be fully grasped. 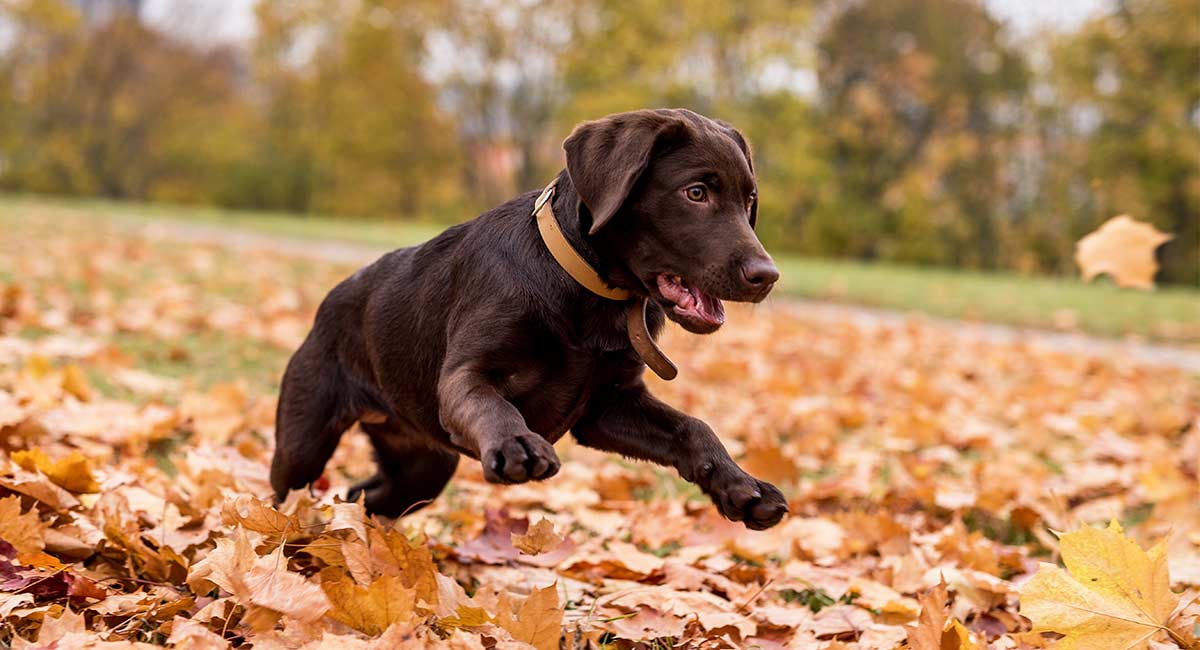 Do Dogs Have Feelings of Fear?

A dog that is afraid will do many things. This may range from cowering with his tail wedged firmly between his legs, to urinating or defecating.

He may even attack the object or individual he is afraid of.

Fear is an important emotion to recognize. Not only is it distressing for your dog, but a scared dog can be unpredictable.

If your pooch has been up to no good while you were out—picture the contents of the trash all over the kitchen floor— you will most likely come home to a dog that avoids you, cowering with their tail between their legs, and won’t make eye contact.

But this is not actual guilt, since guilt is more complex, and only experienced by children when they reach three and a half to four years of age.

And as we’ve learned, a dog’s brain sits at the developmental age of around two and a half human years.

Therefore, this emotion is actually fear. If your dog knows they’ve been disciplined before for this type of behavior and have upset you, they’re afraid of the consequences.

Do Dogs Have Feelings of Anxiety?

Anxiety is like the unpleasant cousin of fear—the two emotions are related. Anxiety is the response to fear or perceived threat and is sometimes referred to as a secondary emotion.

Signs of an anxious dog include trembling, avoidance, pacing, and inappropriate elimination.

There is some questioning among researchers as to whether dogs experience anxiety as we have come to understand it.

However, separation anxiety in dogs is well known. Moreover, drugs approved by the FDA are regularly used to treat anxious dogs.

So, whereas brain activity may not fully reveal anxiety just yet, countless anecdotal evidence about dogs suffering from anxiety suggests dogs do experience anxiety.

Now that we know dogs do have emotions, understanding these emotions is the next important step.

For example, we can learn to recognize when an excited dog has started to feel more frightened than happy.

It’s important to remember that your dog is like a small child, capable of loving you and afraid of the consequences of upsetting you.

A dog simply doesn’t have the mental capacity to be manipulative, cruel, or intentionally hurtful.

Your dog really is your best friend. When you want to goof around, they aren’t going to get embarrassed—they can’t! So, neither should you.

Most importantly, remember that your dog has a great capacity to feel love and happiness. And if you cultivate these feelings, everyone is going to benefit.

Even though dog brains and human brains don’t work in the same way, it’s clear that there is still a lot that we two species have in common.

Dogs are certainly some of our closest companions. And when we are troubled, they seem to go out of their way to try to comfort us and show empathy. Studies have shown that this is true of dogs even when it isn’t their owner who is upset!

There’s an incredible bond between humans and dogs that we are still exploring.

As an example, dogs are reportedly the only non-primate animals who seek out eye contact with humans. This is a unique behavior that truly illustrates how close we are, on many levels.

Not that any dog owner has to be convinced!

Do Dogs Have Emotions? — A Summary

Do dogs have feelings? Do dogs feel love? If you’re a long-time dog owner, you probably already suspected the answer before you read this article.

As a matter of fact, even the comments here are full of stories of beloved dogs displaying emotions. The question is often not so much, “Do dogs have feelings?” but “Do dogs feel the same way that we do?”

And the answer to that question, often, may be a resounding, “Yes.”

Do you have an interesting story to share? Tell us all about it in the comments below.

This article has been revised and updated for 2019.

Best Dog Food For Skin Allergies – Tips and Reviews To...