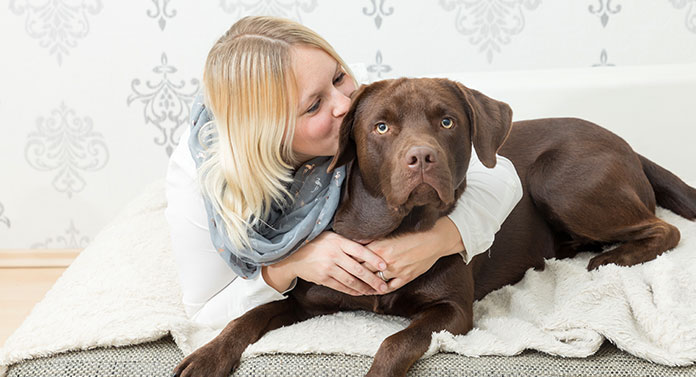 Do dogs like kisses? And do dogs understand kisses? Nearly every human knows the value and meaning of a kiss. It’s one of the major ways that we show affection to one another, and to our pets. Dogs don’t naturally understand what kissing means. But, there is evidence that dogs can learn to understand and even to enjoy kisses! Let’s take a closer look.

Lots of us like to show affection to our dogs with kisses. Before we can answer ‘do dogs like being kissed?’, we need to answer: do dogs know what kisses are? Dogs do not have an innate understanding of kisses. It simply isn’t in their genes to be able to automatically understand what in the world their human friends are doing with their lips.

Some scientists suspect that kissing is a behavior rooted in our genes. Mostly, it is unique to humans. Only primates like chimps and bonobos occasionally kiss. But, despite previous estimates, a new study shows that only about 46% of cultures practice romantic kissing. Furthermore, most hunter-gatherer groups did not kiss at all. Kissing, actually, is a rather new behavior.

The oldest evidence of kissing is in a Hindu Vedic Sanskrit text that’s about 3,500 years old. Other, older depictions of lovers or spouses often just shows them close together. So, kissing is most likely a cultural behavior that is passed down from generation to generation. Because of this, dogs won’t naturally understand the behavior. 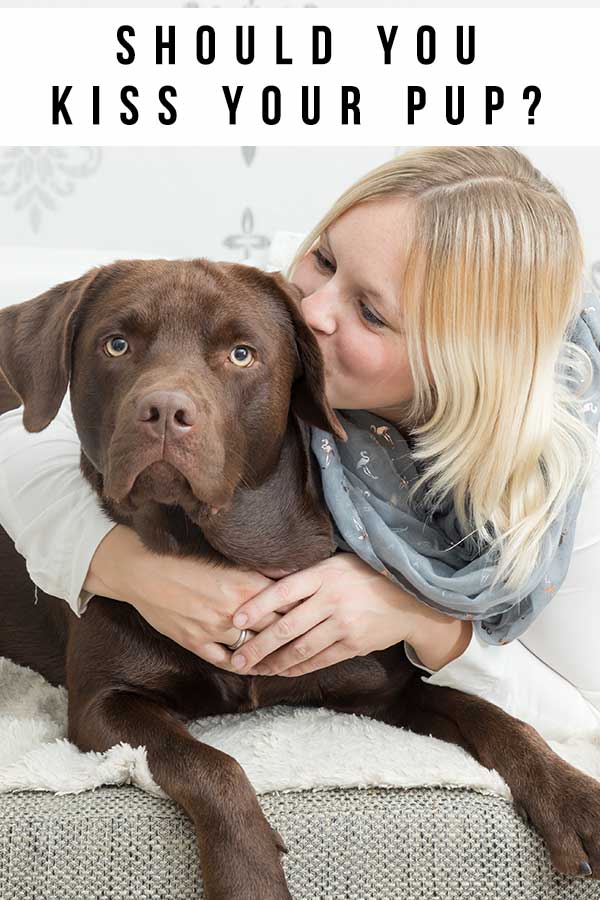 Sadly, the answer to ‘do dogs know what kisses are’ is no. But, if kissing isn’t a natural behavior for dogs, what is? Learning about dog body language is a great way to understand your dog’s feelings.

Dogs use their body language to communicate to one another. For instance, friendly dogs will usually approach one another from the side, rather than directly, or head-on. You may notice that they don’t make eye contact with one another, and have a good sniff before running off to play.

Kissing doesn’t follow these polite dog behaviors. In fact, when you kiss your dog you often make eye contact, and approach them head-on, doing the exact opposite that a dog would naturally do! You can see why this might send a very different message to a dog.

Are Kisses Sending the Wrong Message to Dogs?

If the answer to ‘do dogs know what kisses are’ is no, what do kisses mean to dogs? Dogs may take eye contact as a challenge, or a sign of aggression. The same is true of greeting them head-on, and getting up close to their face. Dogs wouldn’t naturally behave like this to one another if they’re trying to appear friendly and relaxed. A lot of our affectionate behaviors don’t translate well to dogs.

Although it’s true that some dogs can learn to like kisses, trying to kiss an unfamiliar dog on the head can come across as an act of aggression rather than affection. When greeting unfamiliar dogs, it’s better to learn about other ways to show your affection. 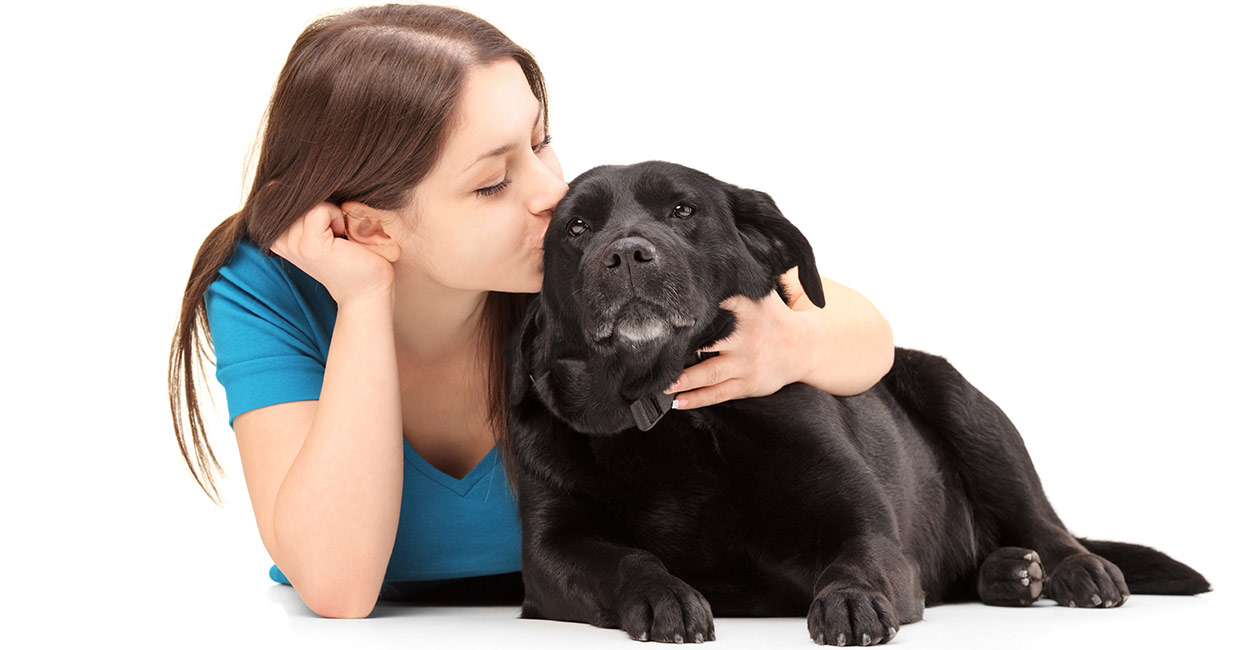 Now, this sheds a little confusion on our main questions: do dogs like being kissed and do dogs understand kisses? There is some evidence that dogs learn to understand and enjoy kisses. The most groundbreaking of these studies took place in 2012. Ten female owners of male Labrador Retrievers were told to interact for sixty minutes. During this interaction, ten blood samples were taken from each human and dog. Specifically, the blood sample was analyzed for levels of oxytocin and cortisol. Oxytocin is associated with happiness and affection while cortisol is associated with stress.

It Will Depend on the Dog

Of course, not all dogs will enjoy kisses. If you want to kiss your dog, the best way to show them that this behavior is affectionate is to pair it with something else they like – like a treat. This can help your dog learn to love receiving kisses from you. Over time, they may begin to associate kisses with the attention and closeness of their human companion, which makes them happy.

You should always keep a close eye on your dog’s body language when you try to kiss them. If they are tense, have their hackles raised, are showing their teeth, or appear nervous in any other way, it might be better to stop kissing them. Not all dogs enjoy kissing, and there are plenty of other ways you can show your dog affection without stressing them out.

When you kiss your dog, you might try to hug them at the same time. But, a lot of dogs don’t like being hugged. Especially not a big, tight bear hug. Many dogs, when hugged, will show signs of distress such as turning their head away, showing whale eye, lowering their ears, and licking their lips.

There’s a chance that some dogs may like hugs. Especially if you pair the action with a nice treat. But, many dogs will not enjoy being hugged. If your dog shows signs of stress when you hug them, it’s best to stop. 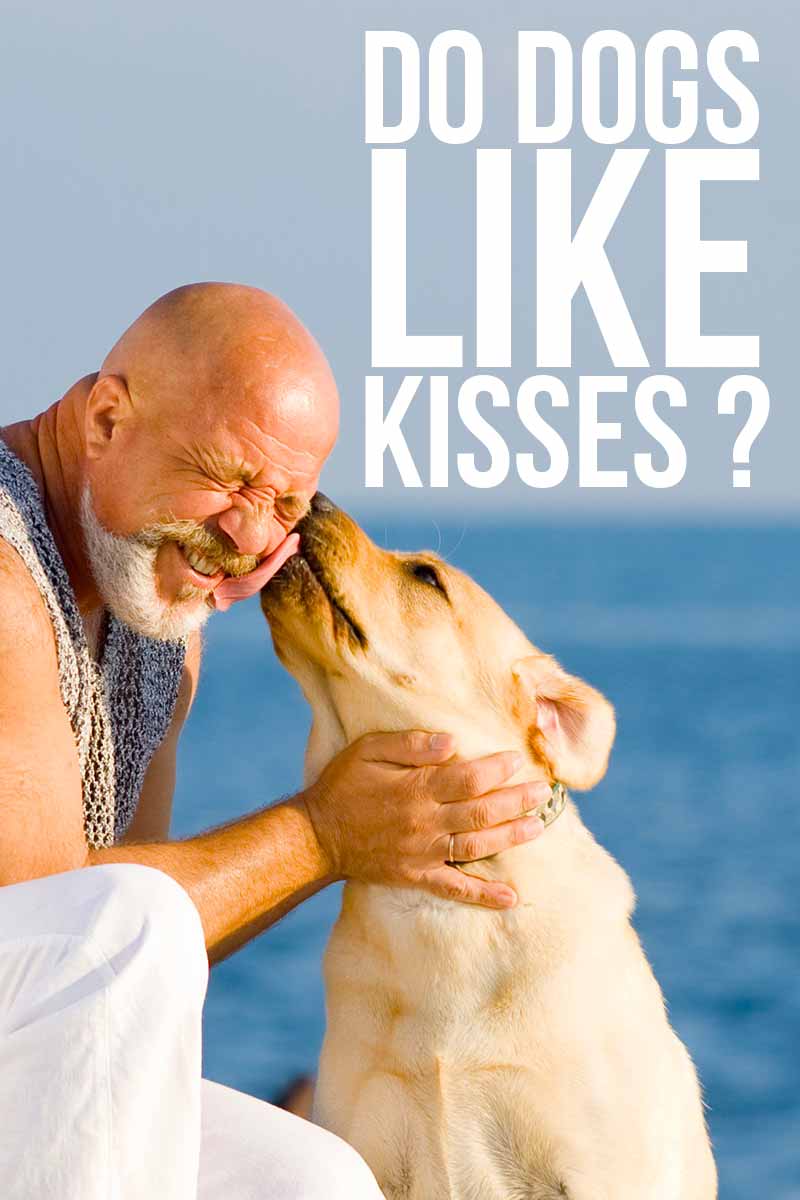 As you probably know, dogs lick. There are some dogs, like mine, that seem to want to lick your hands, face and arms constantly. Other dogs don’t ever really lick at all. This seems like a version of dog kissing, but what do dog “kisses” mean?

There are three main purposes of licking: Firstly, dogs lick to self-groom. They get dirty, and then use their tongue to clean themselves up. Sometimes this behavior also takes the form of social grooming, where dogs will groom each other in order to improve their bond and mesh their scents. Secondly, mother dogs also lick their puppies in order to groom them and stimulate their bowels. Thirdly, young dogs also lick the mouths of older dogs as a form of greeting that also encourages the regurgitation of food. This is simply a convenient method to transport food to the younger, less capable pack members.

The Most Likely Reason

The reason pet dogs lick is probably consequential of the third reason. Furthermore, the behavior is reinforced by a process called habitual learning. Basically, the dog licks his owners face first as a greeting or in an attempt to get food. Then, the dog is given attention and/or food by the owner. This encourages the dog to lick, which he or she does increasingly in order to get the reward of attention or food.

How Similar is this to Kissing?

As you can see, dogs do not lick for the same reasons that humans kiss. Human kissing is a romantic, cultural development that allows us to efficiently smell our future mates and our children. Dogs, however, have a strong sense of smell and therefore do not need such closeness. Instead, they lick for other reasons, such as grooming and the acquisition of food. Because of this, a dog’s lick is not necessarily interchangeable with a kiss. 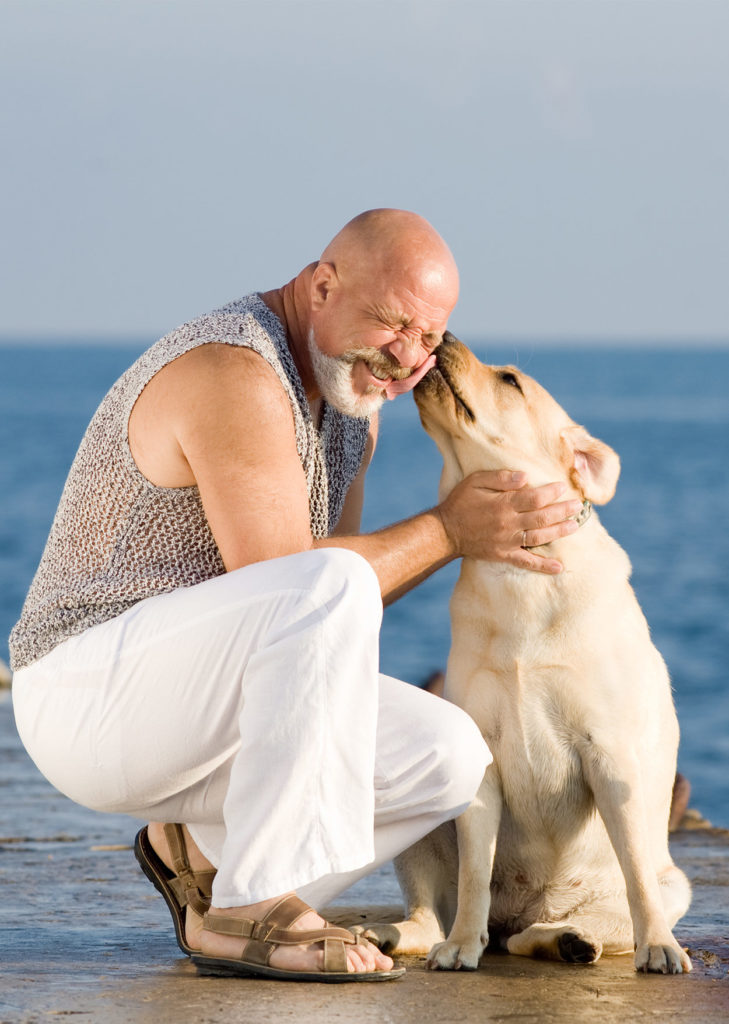 How Do Dogs Show Affection?

If dogs don’t show affection by kissing, licking, or hugging, how do they show affection? How can we tell if our dogs love us? Dogs show their love and affection to us in strange ways! Here are a few you might notice:

You can read more about the ways that dogs show love for us in this guide.

So, what’s the verdict? Do dogs like being kissed, and do dogs understand kisses? If you have a young puppy, it is likely that they do not know what kisses are. However, over time they will probably learn. Plus, in the meantime, they will enjoy the attention and closeness kisses cause! However, just like with people, some dogs just will not enjoy kissing. If your dog shows apprehension or aggression, it is best to forego the interaction.

Do you kiss your pup? Does he or she seem to like it? Did the results of the studies mention surprise you? (I know they did me!) Let us know your thoughts in the comment section below!