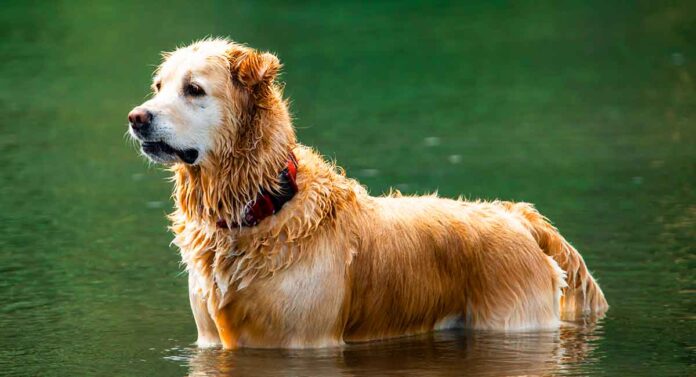 A long haired Lab is a Labrador Retriever with two copies of a recessive gene which causes them to grow a longer, finer, wavier coat than typical Labradors. Long coated Labs are still purebred dogs which can be entered onto breed registries. But their coats disqualify them from the show bench. Some breeders believe that since long coats are not part of the Labrador breed standard, long haired Labs should never deliberately be bred. But many long haired Labs are adored family pets. So who is right?

Are There Long Haired Labs?

The classic image of a Labrador Retriever is easily called to mind: athletic, steady, and with a thick, glossy, short coat. The American Kennel Club’s breed standard for the Labrador Retriever goes so far as to say that a Lab’s coat is a “distinctive feature” of the breed, and stipulates that

“It should be short, straight and very dense, giving a fairly hard feeling to the hand… A slight wave down the back is permissible. [But] woolly coats, soft silky coats, and sparse slick coats are not typical of the breed, and should be severely penalized.”

Likewise, the Kennel Club penalises long hair for show Labs in the UK, and the ANKC does the same for Australian Labradors.

Unsurprisingly, such unequivocal positions from the main breed registries means that the vast majority of today’s Labradors do indeed have short, dense coats. But yet you don’t have to look far online to see photos of long haired black Labs, alongside long haired Labs in chocolate and yellow. All gazing patiently at the camera and sporting silky, wavy coats. How is that?

How Do Long Haired Labs Happen?

The fibroblast growth factor 5 gene is also known as the FGF5 gene by geneticists. And as the L gene by Labrador breeders. Since this is a Labrador site, we’ll stick to calling it the L gene too. The L gene comes in two forms. L, which produces short hair, and l, which produces long hair. The L form is dominant, which means whenever it is present it overrides the effect of the l form.

Inheritance Of Long Hair In Labradors

Long haired Labs look just like their short-coated siblings when they’re born. The difference starts to appear at around six weeks old, when it becomes clear their coat is just going to keep on growing.

How Do Purebred Labs Carry The Long Hair Gene?

Since a long coat is so uncharacteristic and apparently undesirable in Labradors, it’s a little surprising to discover they can still carry the gene for it. Where does it come from? Alas the answer is: we don’t know for sure.

The Lab’s most famous ancestor, the St Johns Water Dog was smooth coated. Modern Labrador breeders think it’s unlikely that the long coat gene has stayed so well hidden for so long. So it’s more likely the gene was introduced through out crossing with other types of retriever very early on in the Labrador lineage, whilst the breed was still being established. Since the gene is recessive, it can easily be passed down silently through the generations, and only be expressed very occasionally.

As we’ve seen, the Labrador Retriever breed standard gives long haired Labs extremely short shrift. But why is that? And is it justified? As we all know, Labradors are first and foremost a gun dog. They have a long and illustrious past working on hunts in all weathers and all seasons.

Their thick, oily, double coat has always been an intrinsic part of their ability to do that. It protects them from wind and rain so that they can go on working in all conditions. But a long fine coat is less protective against the elements, and also less practical to clean after a mucky day of field work. So it’s easy to see why a long haired Lab doesn’t fit the ideal profile for completing their traditional purpose. But how do they get on in the far more modern role of family pet?

These days the hardworking Lab is also the United States’ favorite pet dog breed. So can long haired Labs be good pets? The answer is certainly yes! Long haired Labs have all the same wonderful traits as their short coated brethren, including a friendly disposition and gentleness towards children. And fortunately the l gene isn’t known to affect anything about the Lab except their hair length. So it isn’t linked to any health problems for example.

Testing Labradors For The L Gene

It’s unlikely that Labrador purists will look favorably on long haired Labs any time soon. But for many generations, the recessive gene has appeared unbidden and unexpectedly in Labrador puppies after years of being hidden. However, advances in genetic testing mean it’s now possible for Labrador breeders to test their sires and dams to find out if they carry the l gene. And the result of this test might well be included in the paperwork they offer you when you register your interest in a litter.

Most Labrador breeders will avoid mating known two carriers together, since their litter is statistically likely to be one quarter long haired. But they might be happy to mate a carrier with a partner who doesn’t carry the L gene.

The Importance Of Carriers

When a Lab with the genotype Ll and a Lab with the genotype LL have puppies, approximately half of the litter will carry the l gene, but none will express it. Using all the genetic information available and making measured decisions like this are an important way that Labrador breeders can maintain genetic diversity and avoid inbreeding, whilst still producing puppies that meet the breed standard.

If you are thinking of mating your own Labrador, these tests and decisions are also something for you to think about.

Long haired Labs are the result of a genetic combination which is very unusual in the Labrador Retriever breed. Nonetheless, it is possible for purebred Labs to inherit a long coat. Where long haired Labrador puppies have appeared in litters by surprise, they a disqualified from the show bench. But they usually go on to be much loved family pets instead, with owners who love them even more for how distinctive they are.

Do You Have A Long Haired Lab?

Did their coat come as a surprise? Do you think further breeding of long haired Labs as pets should be discouraged? If you have a photograph which you’d be happy for us share on this page, please send it to [email protected]

Housley & Venta, The long and the short of It: evidence that FGF5 Is a major determinant of canine ‘hair’-itability, Animal Genetics, 2006. 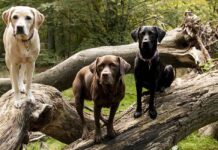 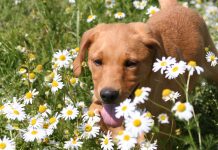