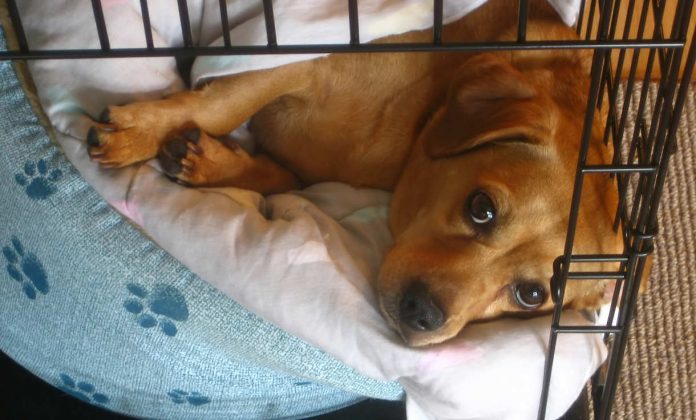 Today’s we look at a common problem where a puppy is destructive when left alone outside of his crate. Crates and crate training are very popular nowadays, and done carefully they can really benefit a dog and his family. It is often doing away with the crate, that triggers a few problems.

Lucy has a 6/7 month old Labradoodle boy. She’s had him since he was sixteen weeks old, he’s been crate trained and has always been very good about chewing his toys, rather than the house.

About two weeks ago, Lucy started extending his freedom when she is out of the house and leaving him in the kitchen with his crate door open. He has toys and a kong, and a friend comes in to walk him if he is left more than two hours. To begin with all went well. “He was fine until this week” says Lucy “now he’s started to take things off the sides while left alone.  iPad, cook books etc destroyed!” Lucy says she can’t leave the room without him taking something.

The first thing to say here is that this is not Lucy’s fault.  Many people do de-crate their puppies at this age, and for some, maybe as many as half of all labradors, they have no problems. However, many people in Lucy’s situation experience the same result, or worse, when they de-crate their young puppies at much under 18 months old. Let’s take a look at why.

When your puppy is destructive

We tend to associate chewing and destructive behavior with very young puppies, under about four months of age. Unfortunately this assumption is largely flawed. The reality is that Labradors are often at their MOST destructive between 8 and 12 months old.

It’s not about teething

This is because chewing, and the urge to chew, is not just to do with teething ( a process that is over by around seven months old). In fact, teething is only a small part of the driving force behind chewing. Many young dogs like to chew a great deal, long after teething is complete.  And young retriever breeds can be especially destructive.  Possibly because we have bred them to be very ‘mouthy’

In addition, we tend to supervise very young puppies extensively. We make a lot of effort to redirect their chewing activities onto more appropriate items such as chew toys.  And of course we often crate young puppies if we leave them alone in the house for an hour or two.

Once they get to six months or so, our dogs look and seem, almost grown up.  And it is tempting to give them a good deal more freedom than they had before. This combination of less supervision and more freedom, and possibly more alone time for the dog, frequently results in destructive behavior.  So what is the answer?

The right age to de-crate

If your dog has always been crated when you leave him alone, 6/7 months is probably not the best age to change that. Every dog is different and I can’t give you an exact age, but I can say that I don’t usually de-crate my Labrador puppies until they are between 15-18 months of age. I then set a ‘test period’ of freedom in which I am very careful to ensure there are no ‘temptations’ around for the dog, when he or she is alone.

There are precautions you can make to ensure that de-crating goes smoothly.  I keep to a set of ‘rules’ or ‘guidelines’ when I first de-crate. I stick to these for at least a month after first decorating my puppy. At the end of a month I figure she should have some good habits installed and be less likely to get up to mischief once I extend the period of time that I leave her for. Here are my de-crating rules.

Initially, it is a good idea to ‘de-crate the dog for very short periods.  Leave the puppy out of the crate while you pop next-door for a chat with your neighbour.  Or while you do the school run. Get your dog used to freedom in easy stages.  If you are going to leave the pup more than twenty minutes or so, to begin with, return her to the crate

Make sure you clear the counters before you leave your dog alone in your kitchen un-crated.  He shouldn’t be able to reach anything at all. That includes favourite toys like dish cloths and tea towel, as well as your more precious items. Move your bin too, unless it is dog proof. Stealing and chewing up your stuff can easily become an entertaining habit, Make sure it never gets started.

If you don’t own at least three Kongs, buy some before you de-crate your puppy.  Fill and freeze them and for the first month, never leave your dog alone for more than five minutes, without a frozen food filled kong to chew on. If you keep him occupied this way, he is less likely to get into the habit of looking for mischief while you are away.

Caught in the act

The object of this process is to catch the dog in the act.  Only in this case, we are trying to catch him in the act of being good. The very act of you returning is very rewarding for him, so its important that he is being good when he hears you approaching.

Each time you come home, you want him to be doing something appropriate, chewing on his kong, or sleeping in his basket. Make sure your dog has neither the time nor the opportunity to start disassembling your property when you first leave him alone, and you will have a good foundation on which to build

If you have de-crated your puppy, and he is under a year old, and if you are experiencing problems like Lucy,  I suggest you go back to crating again for at least a month.

Then, when you are ready, try de-crating again, but following the de-crating guidelines I have set out above.

If your puppy is destructive when left alone in the house, you are not alone.  De-crating a puppy too soon is a common cause of problems. Many puppies that have been crated from an early age, won’t be ready for freedom until around their first birthday. And it isn’t unusual to have to make more than one attempt at de-crating your dog. If your dog isn’t ready to cope with total freedom, it is best to take a step back and try again in a month or two.

Following these guidelines will help your dog make the transition successfully, between puppy and adult, with all the privileges that brings. If the destructive behavior has been going on for a month or more, you’ll need to allow a longer period of crating and ensure that the de-crating process is very gradual when you do make the change.

Don’t forget, dogs of any age should never be left in crates for hours on end, if you go out to work, even part time, you’ll need a puppy pen, and some friendly helpers to come in at regular intervals to care for your puppy 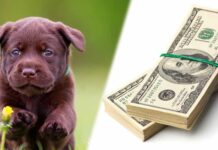 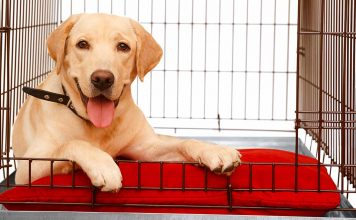 A Collection Of Our Favorite Dog Crate Covers 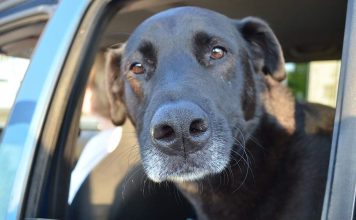 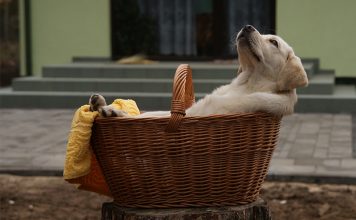 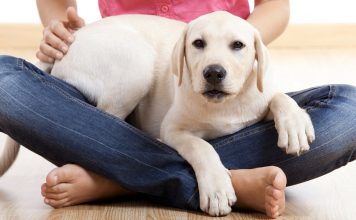 Which Dog Crate Is Right For My Labrador? 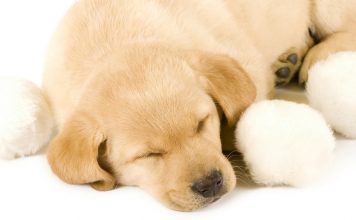