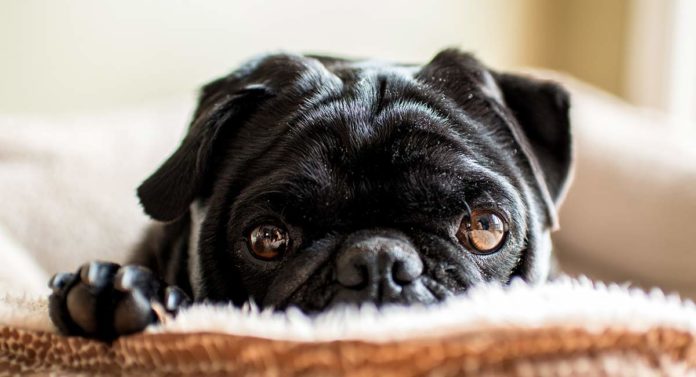 The odd behavior of reverse sneezing in dogs might be something that causes your brow to furl.

Our dogs are interesting characters with a wide variety of quirks.

And while tail-chasing and sleep-running undoubtedly make you chuckle, there are some other behaviors that may make you worry.

So what exactly is this unnatural sounding behavior and why do dogs reverse sneeze?

Well, we explore these questions in this article.

What Is Reverse Sneezing In Dogs?

Reverse sneezing is just that, the reverse of a sneeze. Air is pull rapidly into the lungs instead of being forced outwards. It’s not dangerous and doesn’t require medical treatment.

You can watch this reverse sneeze dog video to understand what the behavior looks and sounds like.

A sneeze occurs when something irritates the nasal passages.

The irritation stimulates a response to rid the body of the foreign matter.

A burst of air is forced out of the lungs to clear the nose and the mouth of microorganisms and debris.

The reverse sneeze is similar, but it is the opposite of the typical sneeze.

Instead of air being forced out of the lungs, it is rapidly pulled into them.

However, unlike a normal sneeze, a reverse sneeze involves muscle spasms.

So with a regular sneeze, you can expect a succession of two or three individual sneezes, but a reverse sneezing session can last several minutes with numerous individual “sneezes.”

If you say, “My dog keeps reverse sneezing,” then understand that this is typical of the issue, as some dogs are prone to the sneezing fits.

You also may notice that your dog appears as though he is hyperventilating, but do not worry, he is not.

Now that you understand the behavior, it may not make a whole lot of sense that an irritant would cause a burst of air to move inward instead of outward.

However, your canine’s respiratory system does remove irritants, just in a different way.

When the foreign matter reaches the trachea, mucus will encapsulate it.

The cilia (small hairs) in the region then move the mucus up and out of the respiratory tract.

It is released out of the nose or swallowed, and the irritant is no longer a problem.

Causes Of Reverse Sneezing In Dogs

The reason why your dog is likely to reverse sneeze is the inhalation of one or several irritants.

And allergens are often the culprit.

So if your dog reverse sneezes during a specific time of year, like the spring, then he may have a seasonal allergy.

Research studies indicate that dogs can have pollen allergies, just like humans.

Canines can be tested for these allergies through skin and blood testing.

If you think that your dog may have a bit of hay fever, speak with your veterinarian about the different methods of testing.

Also, canines will often reverse sneeze if they have a specific type of nasal mite called Pneumonyssoides caninum.

This mite is passed from dog to dog through nasal contact.

According to the Merck Veterinary Manual, nasal mites can produce a wide variety of symptoms that include head shaking, increased nasal discharge, reverse sneezing, sneezing, coughing, and bloody nasal discharge.

Sneezing and reverse sneezing in dogs are often signs of nasal mites, but these things may be noted with upper respiratory infections as well.

If you see the dog reverse sneezing getting worse or if you have several dogs who start to reverse sneeze at the same time, then your veterinarian should run some tests to see what is going on.

If allergies are suspected as the cause of the issue, then blood or skin tests will be performed to find the exact allergen.

If nasal mites are the concern, then your veterinarian may run some blood tests to check for elevated eosinophils.

These are the white blood cells that attack parasites, so a larger presence in the blood is a sign of a parasite infestation.

The nasal passages and sinuses can be scoped to locate the mites.

Also, the nasal cavities may be flushed to force mite-infested mucus to move to the back of the throat.

When this happens, a small bit of the mucus is collected and inspected for the presence of the parasites. 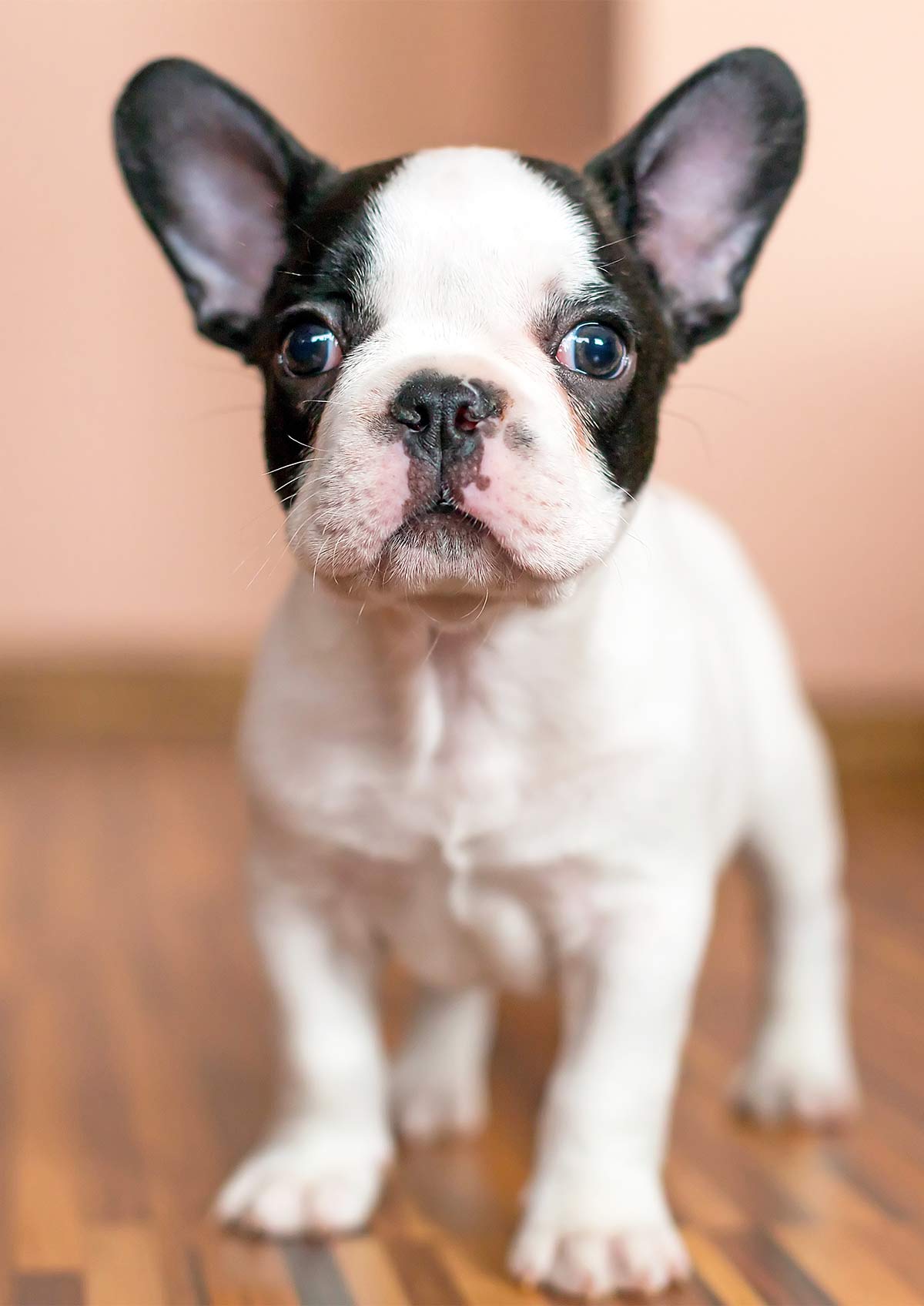 Treatment for Reverse Sneezing in Dogs

Reverse sneezing is not really a big concern.

Some dogs will reverse sneeze every now and then and there is not much to worry about, just like if your dog were to have a normal sneeze.

However, your canine may need some treatment if a direct cause is found once tests are completed.

For example, if your dog is allergic to pollen during the early spring, then your veterinarian may prescribe an antihistamine.

The American Animal Hospital describes how common medications like Benadryl, Zyrtec, Chlor-Trimeton, and Atarax are prescribed to dogs to reduce symptoms during the allergy season.

Decongestants may be prescribed too, if dog nasal congestion and reverse sneezing are linked.

Anti-inflammatory medicines may be provided as well.

If an animal doctor tests your canine and finds evidence of nasal mites, then an anti-parasitic medication can be provided.

Studies show promising results from a medication called milbemycin oxime, so ask your vet about this.

Other medications that may be used to treat the mites include Selamectin and Ivermectrin.

While most medications are oral ones, some are topical agents that can be placed inside the nasal passages.

What To Do When Your Dog Is Reverse Sneezing?

There is not much you can do when your dog is reverse sneezing.

Pet your dog during the episode and speak calmly to him.

This can help to keep your dog relaxed until the fit is over.

Once your dog exhales through his nose, the fit is over.

While reverse sneezing may not be very comfortable, it will not affect your dog negatively.

This is true even if you see reverse sneezing in small dogs or older ones.

Reverse sneezing may be more common when it comes to smaller dog breeds.

These canines, like the French Bulldog and Pug, have shorter, flatter, and smaller nasal and air passages.

Since there is a smaller area, foreign debris is more likely to get into the respiratory system and cause irritation.

If you have a larger German Shepherd, for example, the mucus in the larger spaces of the respiratory tract is more like to catch debris before it causes a reverse sneezing fit.

If you notice your French Bulldog reverse sneezing, then be mindful of the types of pollen, dust, and other debris that may be floating around your home.

An air filter can help to remove the foreign matter.

A humidifier can add water to the air to moisten the nasal passages and assist in the removal of inhaled debris.

If you notice dog reverse sneezing getting worse, even if your small dog is healthy, seek help from your veterinarian.

If a general breathing issue is suspected and related to the way the nasal passages are severely flattened, then surgical intervention may be required.

Dog reverse sneezing at night can cause restlessness.

It may need to be evaluated as well, so your canine gets the sleep he needs.

Reverse Sneezing in Dogs – A Conclusion

Reverse sneezing in dogs is an interesting phenomenon you may need to deal with at some point.

And while the problem is not harmful, you may want to seek out some assistance from your veterinarian.

This is especially true if you notice your dog reverse sneezing constantly.

Is your dog reverse sneezing a lot or do you have your own special method of handling a canine with this issue?

Let us know in the comments below.

Bredal W, Vollset I. 1998. Use of milbemycin oxime in the treatment of dogs with nasal mite (Pneumonyssoides caninum) infection. Journal of Small Animal Practice.