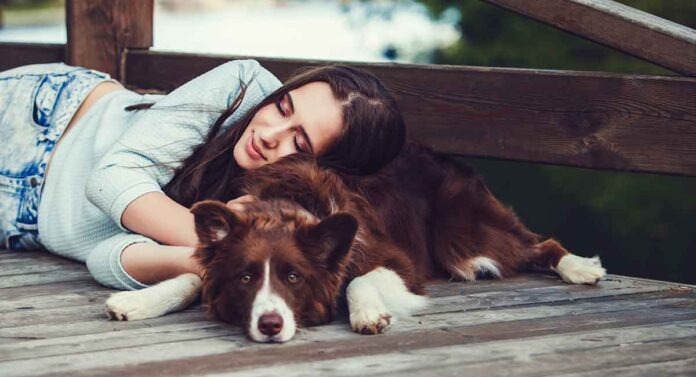 Why Are Dogs So Loyal? Dogs are so loyal for both sentimental and practical reasons.

Closeness to their owner releases signals and hormones in a dog’s brains that make them feel happy.

But dogs are also dependent on humans, so they are loyal for practical reasons too!

Of Dogs and Loyalty

Heart-warming tales of loyal dogs are all over the internet. Have you ever wondered “Why are dogs so loyal?”

Just in case you need more proof check out this video – after you have mopped up your tears feel free to keep reading.

Let’s learn more about dogs and loyalty – is this perceived loyalty the same quality we possess as humans or is it something different?

And which breeds produce the most loyal dogs?

Why Are Dogs So Loyal to Humans?

Some may suspect that the “loyalty” we see in dogs is actually submission.

Particularly those who subscribe to “dominance theory” in dog training may feel this is the case.

For those of you who have not been introduced to the debate surrounding the validity of dominance theory in dog training, you can read more about it here.

In short, dominance theory suggests that in order to have a well behaved, happy dog, the human must be the pack leader, and the dog must be in submission.

This theory has been debunked in recent years, but it hangs around in traditional dog training circles.

If you would like to read where the American Veterinary Society of Animal Behaviour stands on the issue, you can read about it here.

But it is safe to say that in relation to loyalty, we know that dogs are not loyal out of fear they will upset their pack leader.

However, there’s more to it than that.

Why Are Dogs So Loyal to Humans? – Resources and Loyalty

Let’s get something straight, just because our dog is not “submissive”, doesn’t mean our canine companion is loyal out of a completely selfless motive.

It is still true that our dogs are dependent on us – which is different to being submissive.

For instance, our dogs know that they rely on us for food, fun outings, or access to their favourite part of the yard or house.

Dogs aren’t silly. They know where their next meal is coming from, so why wouldn’t they be loyal to the cook?

But what about dogs that remain loyal to their human family after years of separation, or even after their owner dies or is incapacitated?

Recent studies have shown that dogs feel emotion. One study found that dogs are capable of feeling emotions equal to that of a two-year-old human.

A couple of the emotions they experience within that range are affection and love.

Both of these qualities can manifest themselves in loyalty.

One hormone that contributes to these feelings, and in turn bonding, is oxytocin.

A 2011 study published found that after petting and talking to their dogs, both the dog and the owner experienced a heightened level of oxytocin.

Another study published in 2015 studied the dog’s sense of smell, and how it related to brain activity.

Whether this is the result of training or genetics remains to be seen.

But it is still fascinating to note that dogs do in fact feel stronger positive emotions toward their human family than to their canine kinsfolk.

Are these feelings uniform across all dog breeds? Or are these traits more pronounced in certain breeds?

Which Dogs Are Most Loyal?

Loyalty is a treasured quality in humans. This leads many to search for a breed that is known to possess this quality.

But is it reasonable to think that one breed of dog is more likely to be more loyal than another? Or is it down to the dog as an individual?

The study mentioned above touched on this topic but was not able to provide a clear answer.

It appears it’s not so much the dog’s breed as training that tends to elicit a stronger positive reaction to the smell of a familiar human.

In the study, service dogs had the strongest positive reaction to human scents.

The researchers suspect this could be because these dogs had been raised from a young age with intense human contact.

However, a study published in 2008 seems to indicate that the traits we see in certain breeds are passed on genetically.

For instance, certain breeds consistently display behaviours such as herding, while other breeds show little or no interest in the same activity.

Similarly, traits such as loyalty can be a characteristic passed down in the genes.

However, remember that while many behaviours can be put down to genetics, there is still room for individuality. Even within breeds.

Genetically, it is the variation between individuals—whether they are of the same breed or of no breed—that comes together to create a personality.

This is no doubt demonstrated by the countless stories we hear of rescue dogs—often “mutts”—who display unbreakable loyalty to their owner.

Why Are Dogs So Loyal? Summing It Up

There is some solid research which explains why dogs have come to be known as man’s best, and most loyal, friend.

Genetically, dogs are wired to be loyal, some even more than others.

Dogs not only recognise human emotion but feel emotion too.

They are capable of feeling love and affection.

And their brains receive signals which result in the feeling of happiness and closeness when they are with the human family.

Dogs have also come to know they are dependent on humans, so the bond is not only emotional but practical as well.

So next time you see your doggy, why not show them some appreciation for this most beautiful quality which they gift to us unconditionally.

Do you have a loyal dog? We’d love to hear your story in the comments section below.

Bekoff M. 2010. The Emotional Lives of Animals: A Leading Scientist Explores Animal Joy, Sorrow and Empathy – and Why They Matter. New World Library.

Miller SC et al. 2009. An Examination of Changes in Oxytocin Levels in Men and Women Before and After Interaction with a Bonded Dog. Anthrozoos.

Berns GS, Brooks AM, and Spivak M. 2015. Scent of the Familiar: An fMRI Study of Canine Brain Responses to Familiar and Unfamiliar Human and Dog Odors. Behavioural Processes.

Spady TC and Ostrander EA. 2008. Canine Behavioural Genetics: Pointing Out the Phenotypes and Herding up the Genes” The American Journal of Human Genetics. 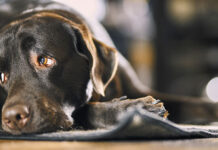 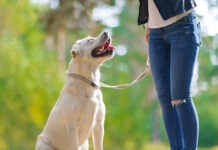 How To Train A 3 Year Old Labrador 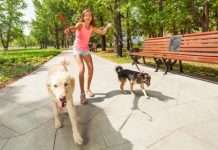 How To Leash Train A Labrador 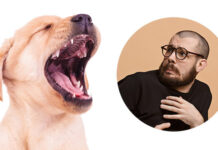 How To Stop Your Labrador Barking – Click For Quiet 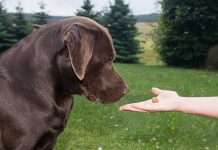 Best Dog Food For Skin Allergies – Tips and Reviews To...