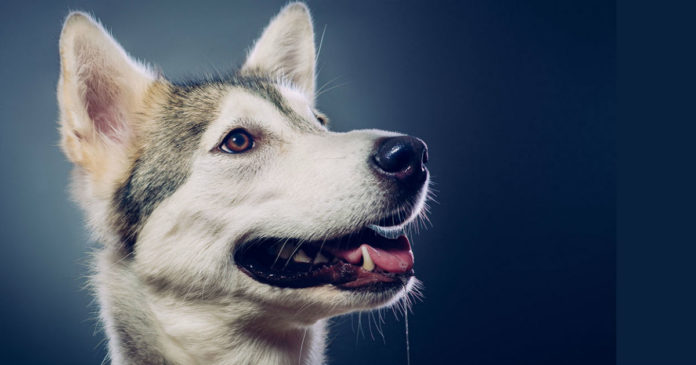 At the most fundamental, a wolf hybrid is part wolf (Canis lupus) and part dog (Canis lupus familiaris).

A wolf dog hybrid can be equal parts wild wolf and domestic dog or a greater part one or the other.

This helps to explain the variation in wolf hybrid size as well as the many variations that can be seen in wolf and dog mix personality and temperament.

However, especially given the acknowledged cuteness of wolf hybrid puppies, it is an important uncertainty to think through before you impulsively bring home an adorable new wolf dog pup.

Like unusual dogs? Discover the truth about the gorgeous Silver Labrador.

In this article, learn more about the wolf dog hybrid and meet some wonderful dogs who are wolf-like in appearance but can be fully domesticated to live happily as a dog pet.

Humankind’s fascination with the history and genealogy of “(hu)man’s best friend” is difficult and perhaps impossible to quench.

Consequently, ongoing research and study reveals ever newer insights about the origin and evolution of wolf-to-dog.

Today, for example, researchers know that Canis lupus familiaris, or the modern dog, actually stems from two ancient species who interbred: the grey wolf and a small Asian wild dog.

As well, genetic research tells us that because different modern dog breeds have different percentages of DNA handed down from each ancestor, one dog breed may exhibit attributes that are quite different from another breed (compare the tiny, feisty Chihuahua with the giant, chill Great Dane to get a sense of just how different dog breeds can be from each other.).

Even the most fervent dog lovers may not know that, in addition to wild wolves and domestic dogs, there are a number of wild dog breeds (belonging to the same species: Canis) in the world today.

One example is the rare and endangered North American Carolina dog, or American dingo, a species classified as a “landrace” dog or primitive wild dog breed.

This wild dog has evolved without genetic “help” from humans to be a wild breed separate and apart from either wolves or domestic dogs. 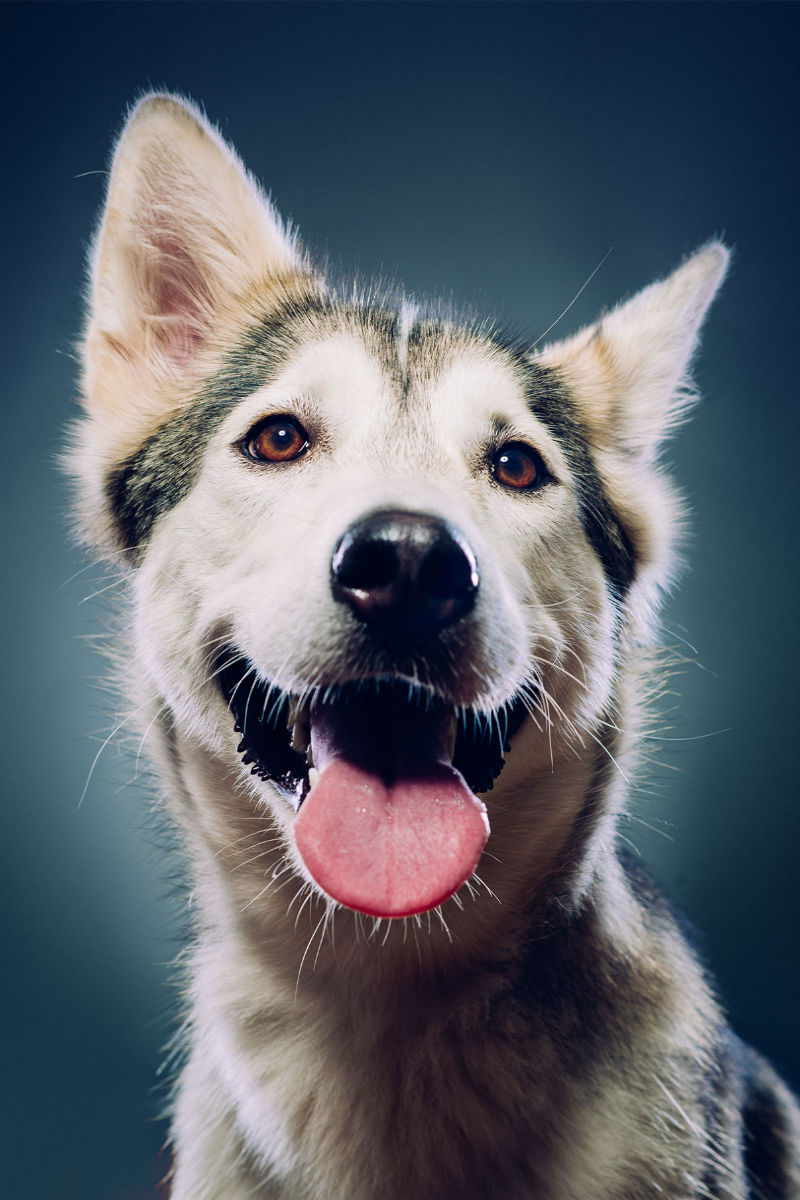 What gets even more confusing is the playful, roly-poly cuteness of wolf mix puppies, which can make them seem already oh-so domesticated and ready to spend a blissful life as a household pet.

But as so many former wolf hybrid owner stories showcase, the onset of sexual maturity ushers in new and profoundly “wild” wolf-like urges and instincts that can create tension (at the very least) and often outright danger to family members, especially children and other pets.

Sometimes, these wolf and dog mix hybrids get lucky and a spot opens up at a wildlife shelter where they can live out their lives more in tune with their inner wild nature.

This is a best-case scenario, however, and is still more the exception rather than the rule for wolf dog hybrids bred for life as a pet that cannot successfully complete the socialization process.

Wolf Hybrid Domestication: Is It Possible?

Similar appearances aside, wild wolves, wolf dog hybrids and domestic dogs have some very different traits. Of the three, wolf dog hybrid puppies exhibit the greatest degree of inconsistency and uncertainty in temperament and maturation.

For example, domestic dogs typically mature much earlier than their wild wolf counterparts. The difference can be a matter of not just months but years.

As well, unlike domestic dogs, wild wolves are not spayed or neutered when they finally do mature. This is significant.

“Fixing” a domestic dog cuts off the majority of that flood of hormones that can result in wolf-like dominance behaviors, territorial displays (including soiling in the house to mark “their” turf), and embarrassingly excessive interest in mating (with canine females in heat and anything else that seems suitable, including pillows and guests’ legs).

Spaying or neutering a domestic dog can make training and socialization with other humans and fellow domestic dogs much smoother, easier and safer for all concerned.

The same does not necessarily hold true for a wolf dog hybrid, however.

The Hybrid Wolf Can Differ

Even if a wolf and dog hybrid is “fixed,” significant unknowns remain regarding just how the maturation process may proceed and what dangers may yet await.

This is because, as with today’s so-named “designer dogs,” within any given wolf dog hybrid litter, some puppies may inherit more of their DNA from one parent than the other.

This means there can be great variation in behavior, personality, temperament, maturation rate, size and health from one puppy to the next—within the same litter.

So unlike with domestic dogs, you cannot count on spaying or neutering to take care of the most serious behavioral issues that can arise from the sexual maturation process. It may help, but then again, it may not.

Even a “fixed” wolf dog hybrid may still have too much “wild” in them to be pet dog material—ever.

There are a surprising number and variety of wolf hybrid breeds.

Often breeders will tout the “wolf content” of a hybrid puppy as a selling point and a reason to raise the price.

However, the more DNA the puppy inherits from the wolf parent, the less likely she is to make a suitable and happy pet.

On this topic, researcher Kathryn Lord, Ph.D., released a study showcasing why dogs can be rather easily domesticated but even wolf pups raised by humans revert to wildness as they grow up.

For this reason, even experienced dog trainers and owners may lack the knowledge and skills to properly socialize a wolf dog hybrid because these animals need different socialization experiences at different times and for different lengths of time than do their fully domesticated canine counterparts.

In particular, wolf dog hybrid puppies that inherit 50 percent or greater genetic contribution from their wild wolf parent are much less likely to ever be able to acclimate to life as a domestic “dog pet” even in the most experienced human hands.

Check Your State Laws Regarding The Hybrid Wolf

It is important to know that in some states, it is not currently legal to own a wolf dog hybrid. In other states, wolf dog hybrids are classified as dogs and are subject to the same vaccination requirements as domestic dogs.

In still other states, a wildlife permit may be required to own a wolf dog.

For this reason, to avoid legal action, plus preventable relinquishment, abandonment or euthanasia, it is important to proceed with extreme caution when considering bringing home any wolf hybrid puppy with the expectation that they will become a happy pet.

Any wolf dog hybrid may come from one of five different wild wolf lineages, which can include the grey wolf, the timber wolf (or Eastern wolf), the red wolf, the arctic wolf or the Ethiopian wolf.

So if you see a puppy advertised as a timber wolf husky mix, this means one parent is a timberwolf and the other parent is a husky dog (of which there are several husky breeds).

If you come across a breeder advertising husky wolf mix puppies, this can mean the litter’s wolf parent comes from any one of the five wolf lineages.

The dog parent can be from any of the husky dog breeds (Alaskan, Siberian, Akita, Chinook and others).

What this means is that you will need to really do your homework to prepare yourself for the potential variation in personality, temperament, appearance and traits your new hybrid puppy may exhibit.

The pit bull wolf mix is one of the most controversial wolf dogs being bred today. This stems from the pit bull’s own troubled relationship with humans.

The pit bull’s own wide variance in temperament and personality can add to the uncertainty of how a pit bull wolf mix puppy may mature.

For this reason, this may be the most challenging of all the wolf dog mix breeds being bred today.

The same can hold true of the Siberian husky wolf hybrid because of a shared history as sled dogs and hunting dogs.

The German shepherd husky wolf mix, or wolf shepherd mix, may look like the perfect family guard dog, but in actuality they have more of the natural shyness and wariness of strangers that the wild wolf possesses.

These traits may be amplified when a German Shepherd dog and a wild wolf have puppies, making it more challenging to socialize and train this hybrid dog breed.

The wolf Labrador retriever mix may be the most interesting of the popular wolf hybrid dogs and also the one to exhibit the most potential variation from one puppy to the next, even within a single litter.

Most Labs have never met a stranger and possess winning outgoing personalities. Most wolves are shy and reserved by nature, territorial, wary of strangers and resistant to training for domestic life.

All that to say, with the wolf lab mix, you truly cannot predict what you may get.

Rest assured you are not alone if you find the allure of a dog that looks like a wolf nearly irresistible.

After all, they share a truly ancient and primal history that dates back to the time when early dogs were still much more wolf than dog.

However, for the great majority of dog owners today, it simply isn’t feasible or even safe to try to keep long-term company with a wolf dog hybrid mix.

What may work instead is to choose a pet dog from one of the dog breeds that look a lot like wolves but are still 100 percent Canis lupus familiaris.

Already popular and still-emerging dog breeds that look like wolves (but aren’t) include the Siberian Husky, the Alaskan Malamute, the Samoyed, the Czechoslovakian Vlcak, the Tamaskan, the Northern Inuit, the Canadian Eskimo dog and the Saarlos wolf dog.

It is important that you do your own research to discover what you need to know to choose your next canine companion carefully.

Green, S., DVM, et al., “Find Out Why You Should Not Have a Wolf or a Wolf Hybrid as a Pet,” Medicine River Animal Hospital

Lord, K., Ph.D., 2013, “Lord’s Study May Explain Why Wolves Are Forever Wild, But Dogs Can Be Tamed,” University of Massachusetts at Amherst

Swaminathan, N., 2008, “Why Are Different Breeds of Dogs All Considered the Same Species?” Scientific American 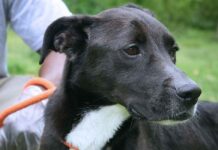 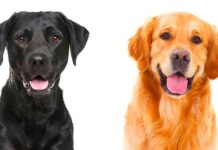 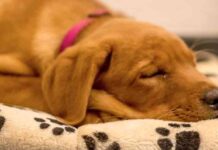 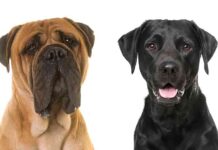 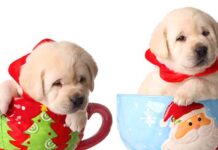