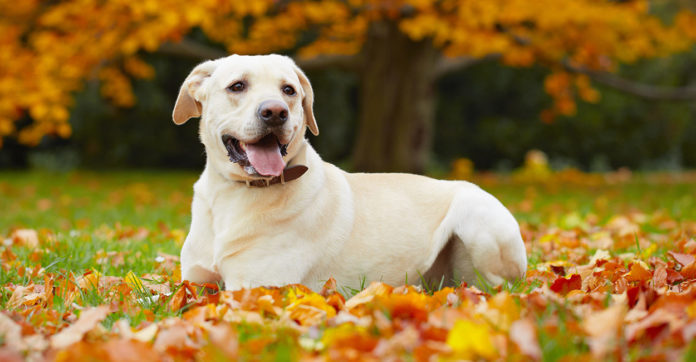 Uh oh – you’ve found a small scratch on your dog. Or perhaps your pup slid across the carpet a little too hard and now has a stomach covered in carpet-burn. Or maybe your pooch was out roaming in the woods and was scraped by some thorns. Can you use Neosporin on dogs?

It’s easy for a human. But should we do the same first-aid treatment on our pets? Is Neosporin safe for dogs? Is there a safer alternative?

Sometimes it is hard to figure out if a simple, human treatment is safe for dogs, even for something as minor as a scrape. That’s exactly why we’ve put together this guide on Neosporin, its safety, and whether it is the best choice for your dog.

We’ll look at the contents of Neosporin and what, exactly, it does.

Then, we’ll build on this understanding with studies and research relating to Neosporin’s effects on dogs.

Finally, using all of this knowledge, we’ll conclude if Neosporin really is safe for your pooch or not.

Neosporin is advertised as a “triple-antibiotic ointment”, but what does that really mean?

Well, simply put, Neosporin is made up of three different antibiotics: bacitracin, neomycin, and polymyxin B. All of these work to kill bacteria on the skin.

This allows Neosporin on dogs to effectively prevent infections in minor wounds, such as cuts or scrapes.

This medication works to slightly numb the site when applied, helping to relieve pain.

This is good information, but what does it mean for our pets? Let’s look at each ingredient in turn and see particularly how it affects canines.

There have been a number of studies done on the effectiveness of Bacitracin in dogs.

One of these studies was done in 1989. It was one of the first to really look at using this antibiotic in dogs.

Basically, this study looked at dogs who had recently undergone bone surgery.

It compared those who had been treated with Bacitracin post-surgery against those that had either not been treated at all or who had simply been irrigated with a saline solution.

It was found that those who were treated with Bacitracin had a significantly lower amount of infections and fewer positive bacteria cultures.

In other words, this antibiotic worked wonders in preventing infection after surgery.

Another study explored the effects of oral bacitracin.

It was found that when taken orally, this medication diminished the colonies of certain bacteria in the intestines.

Furthermore, no major side-effects were found even in cases of overdose.

Studies regarding Neomycin are a little more complicated, and not nearly as promising.

Neomycin works by suppressing the growth of bacteria. This leads to the bacteria’s death in an amazingly short amount of time.

This antibiotic is also not absorbed by the intestine, like the previous one, which makes it a great choice for treating infections in the digestive tract.

This means that Neomycin is an extremely powerful and useful antibiotic. However, this does not come without some drawbacks.

There has been at least one major side effect reported for the incorrect use of this drug, which makes it dangerous to use without the supervision of a veterinarian.

One study found that dogs who were dosed intravenously with neomycin experienced hearing changes. These hearing changes ranged from complete deafness to muffling. However, in all cases, the change was permanent.

Polymyxin B and Dogs

This antibiotic is derived from a certain bacterium called Bacillus polymyxa, which is how it got its name.

This drug is commonly used when previous treatments have failed. This is most commonly due to methicillin-resistant bacteria, which do not respond to the usual antibiotics.

However, these bacteria do respond to Polmyxin B, which makes it a fantastic back up drug.

Sometimes, it is even used on top of other antibiotics just in case they are not completely effective. This, actually, is its use in Neosporin.

Furthermore, side effects for this drug are generally rare. However, one study did find that pemphigus vulgaris was a possible, serious side effect.

Can You Put Neosporin on Dogs?

Can Neosporin be used on dogs?

In short— yes, you can put Neosporin on dogs. However, this might not be the safest and best option for all canines, all the time.

When it comes to dog wound care, Neosporin on dogs is an option, not a rule.

Based on what we have learned about the ingredients of Neosporin on dogs, there are usually good outcomes when they are used on dogs.

However, they can also cause various side effects, like hearing loss, when used incorrectly.

Plus, Neosporin is, plain and simple, not made for canines. It is, above all, a human drug and therefore should not be used on dogs regularly – if at all.

You should never try to self-treat you pet with drugs, even something as small as a scratch.

Neosporin is dosed and created for adult humans, who are much bigger and have a much different biology than dogs.

This can lead to problems in smaller dogs particularly, though larger dogs can also be affected by negative side effects if treated without vet supervision.

If your pooch gets a minor injury and you are considering using Neosporin, it is important to call and ask your vet first.

This will allow your vet to instruct you on the proper use and dosage for your particular dog.

While you’re at it, you might also want to ask your vet about the signs of infections and anything in particular you might need to look out for.

If you dog begin showing signs of infection, it is always important to take them to the vet as soon as possible.

Your vet can treat infections more efficiently and safely than you can at home. 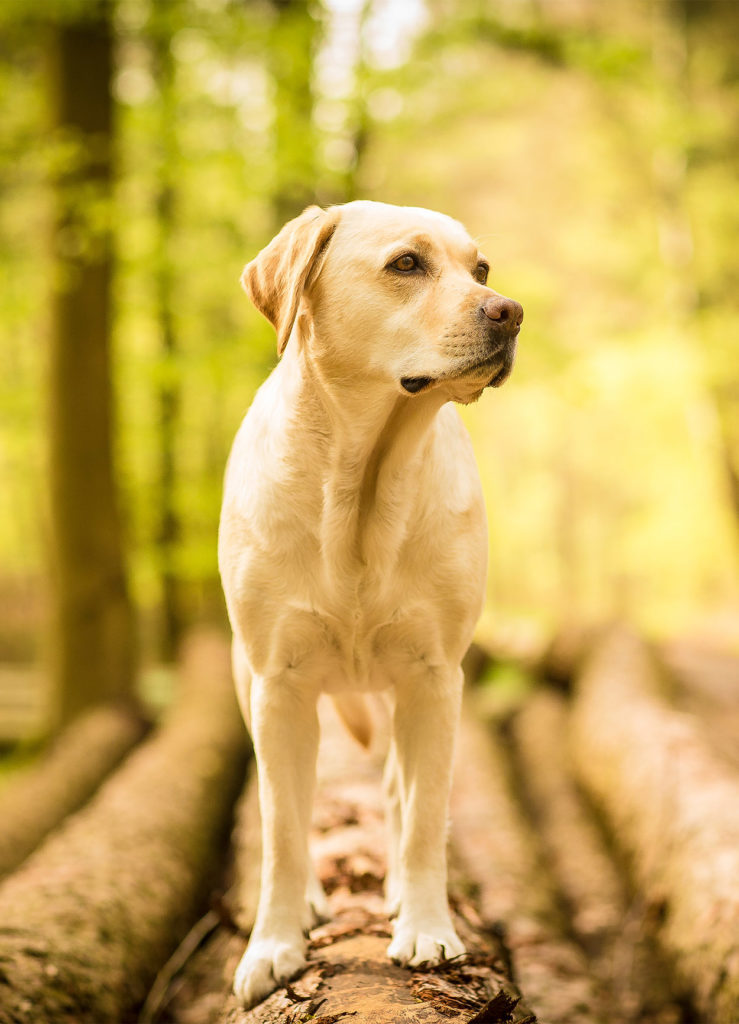 What To Do If Your Dog Licked Neosporin

If your dog licks Neosporin off one of their wounds, there probably isn’t anything to be worried about.

Ingesting Neosporin might cause minor side effects, such as stomach upset. However, odds are that none of these side effects will be serious.

With that said, Neosporin will not be helpful for wound management if your dog immediately licks it off!

Because of this, it might be a good idea to consider testing out methods to prevent wound licking.

Not only will this prevent your pooch from removing the Neosporin, but excessively licking can also slow down the healing process.

You could try preventing licking by using the dreaded “cone of shame,” a sock, or a t-shirt, depending on the specific location.

If your dog’s scratch is on his or her trunk, this might be a good time to break out those cute dog clothes.

If you have a small dog, you could also try using baby clothes without the buttons.

Actually, my in-laws use baby onesies for this exact reason.

Their elderly dog has a skin condition that often calls for the use of topical antibiotics.

In order to prevent her from licking it all off, they put her in a plain, baby onesie and simply do not button it.

It actually fits her perfectly! 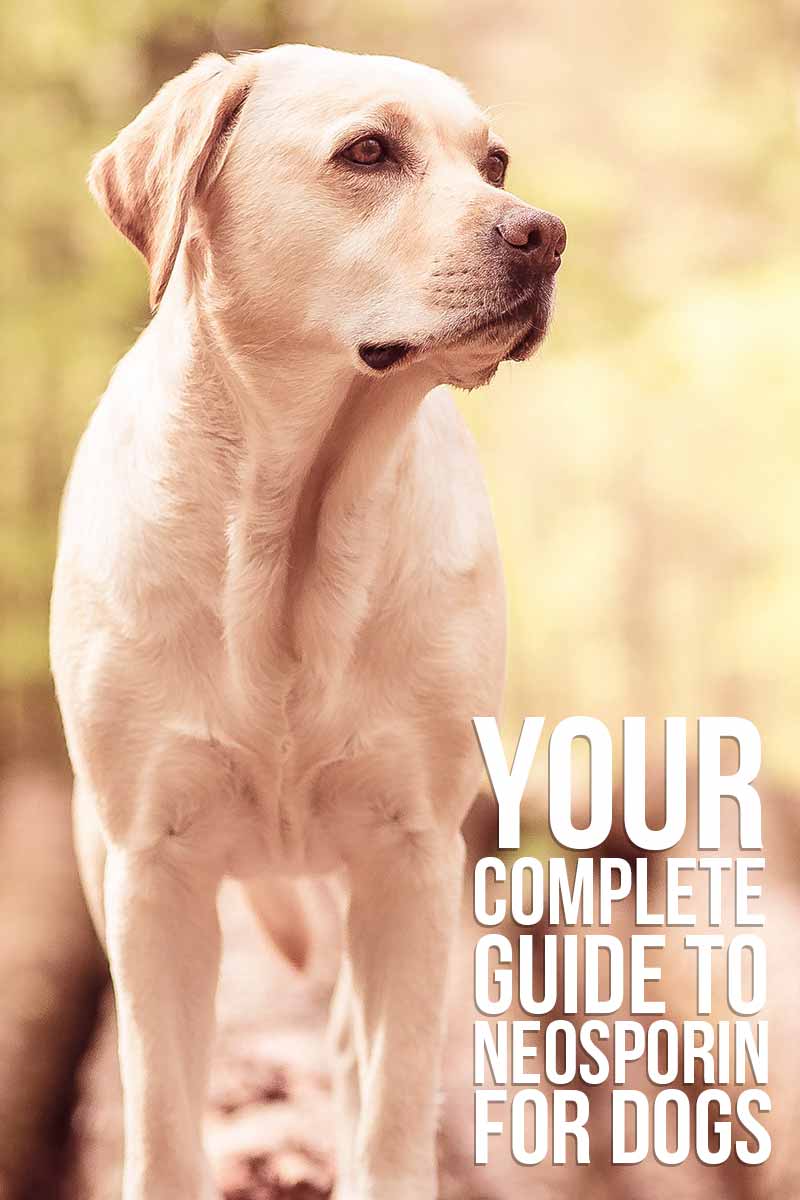 Is Neosporin Safe for Dogs

Generally speaking, Neosporin on dogs is safe. However, this does not mean that you need to apply it to every little cut and scrape.

Instead, it is better to ask your vet before applying it, since only they know your dog’s particular situation.

While many of the ingredients in Neosporin have been used on dogs, it is generally safer to always get your vet’s input before treating your pet.