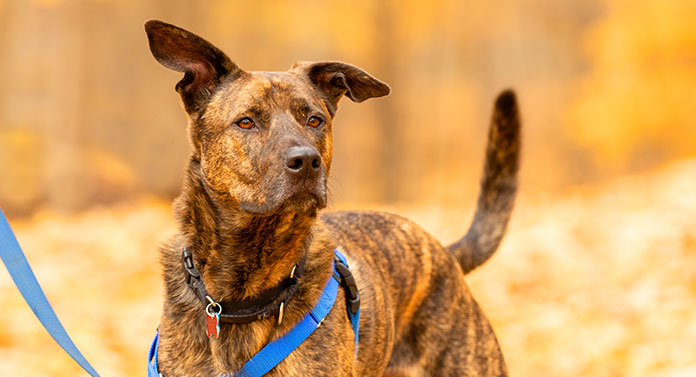 Cool dog breeds are different to everyone. When we are young, often we assume that the “cool” things are the things other people are buying or wearing or selling on television.

In other words, everything is cool to someone! But what makes the coolest dog breeds?

Before we get started with our countdown, let’s find out what makes the coolest dog breeds so awesome! 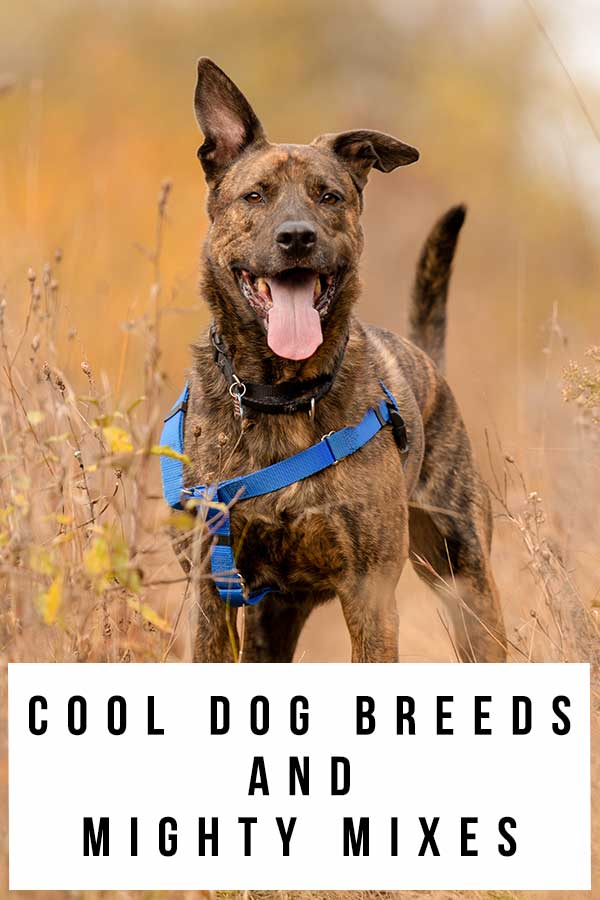 What Makes a Dog Cool

There are loads of ways to measure ‘cool’ dogs. Some people like to find examples based on their favorite celebrities.

For instance, some celebrities think it is cool to keep company with petite fur babies (here, you might naturally think of platinum blondes with purse-sized Chihuahuas).

Other celebrities think it is super cool to rescue big dog breeds, such as Selena Gomez and her Labrador, Willie, and Jake Gyllenhaal and his German Shepherd, Atticus.

Alternatively, you can look at rankings for dogs online. This is a great way to see which dogs are generally regarded as cool by the most people.

Another method is just to learn about breed history. Some dog breeds have awesome origin stories, and even had to fight their way back from near extinction!

What’s cooler than that? 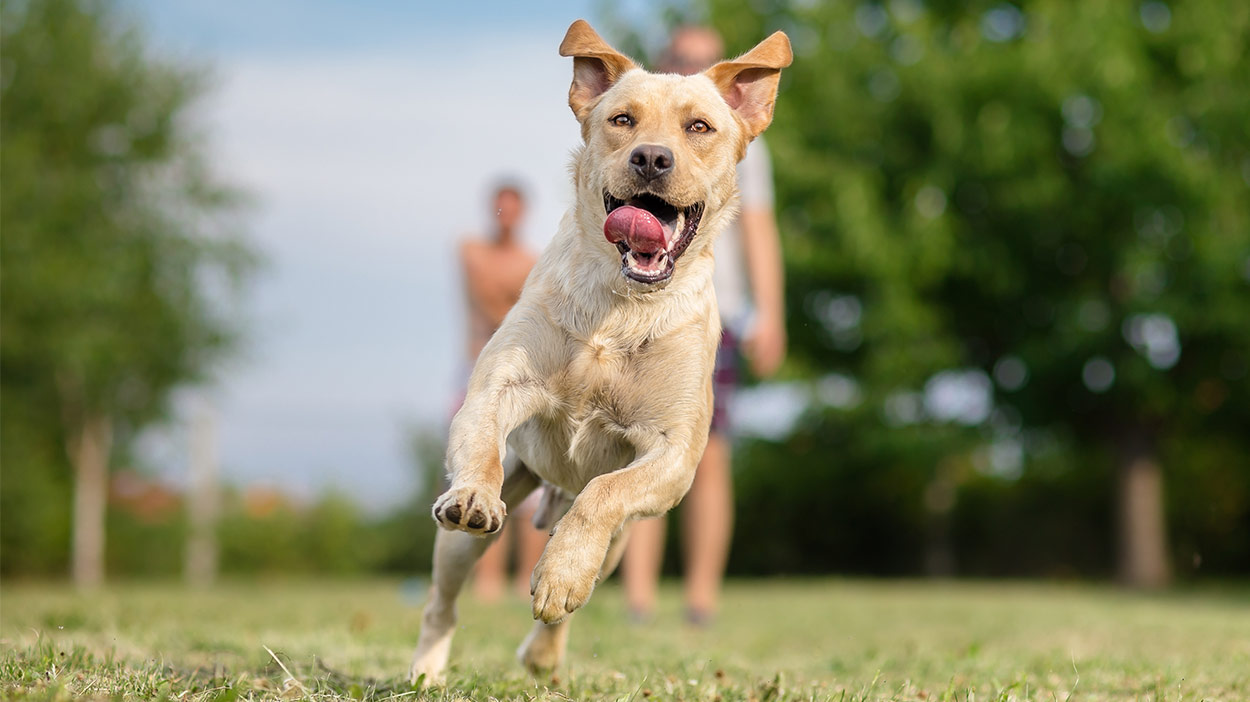 Let’s get started with our top 10 favorite cool dog breeds, and what makes them so great.

The sheer size of the aptly named Great Dane can make this one of the best cool dogs to get, hands down! 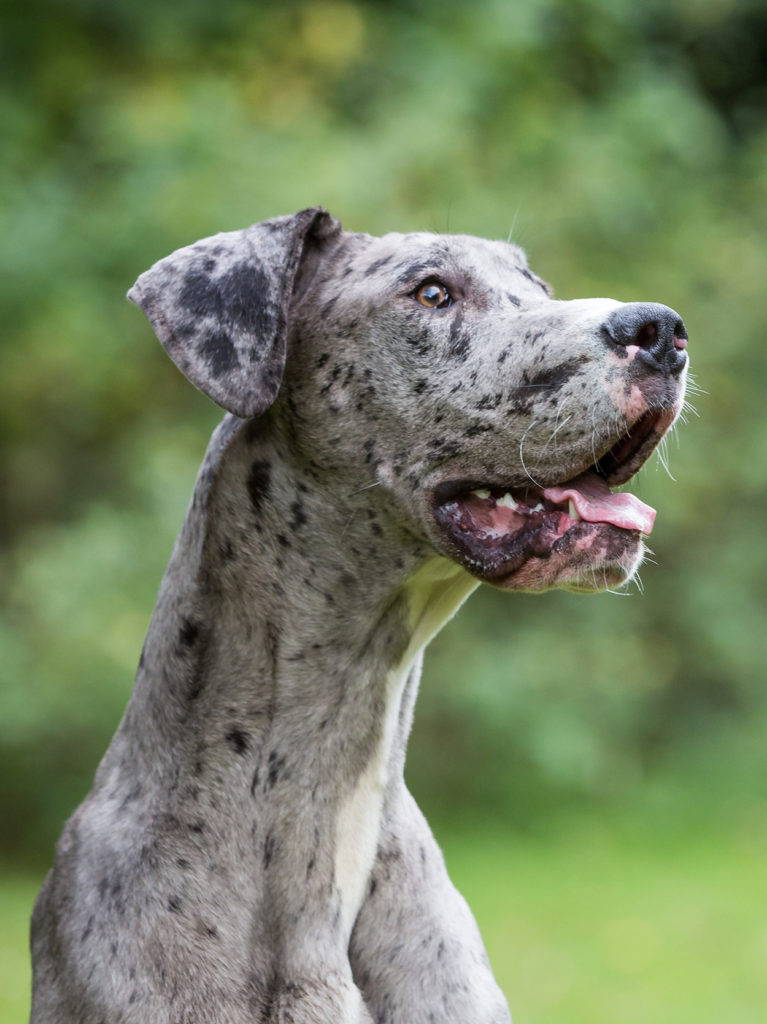 Most people can name a Great Dane just by looking at them. While they are very big size-wise, on the inside the Great Dane is truly a “gentle giant”. It left its original hunting days behind long ago to fall in love with the modern couch instead.

Great Danes make amazing service and therapy dogs. They are great with kids, too.

But they can get very big, to the point where they even surprise their owners with just how big they can grow (the current world record holder, Freddy, stands more than 7 feet tall!).

Not only is the Schnoodle quite likely to win “dog breed with the coolest name” but it is also one of the coolest looking dog breeds! 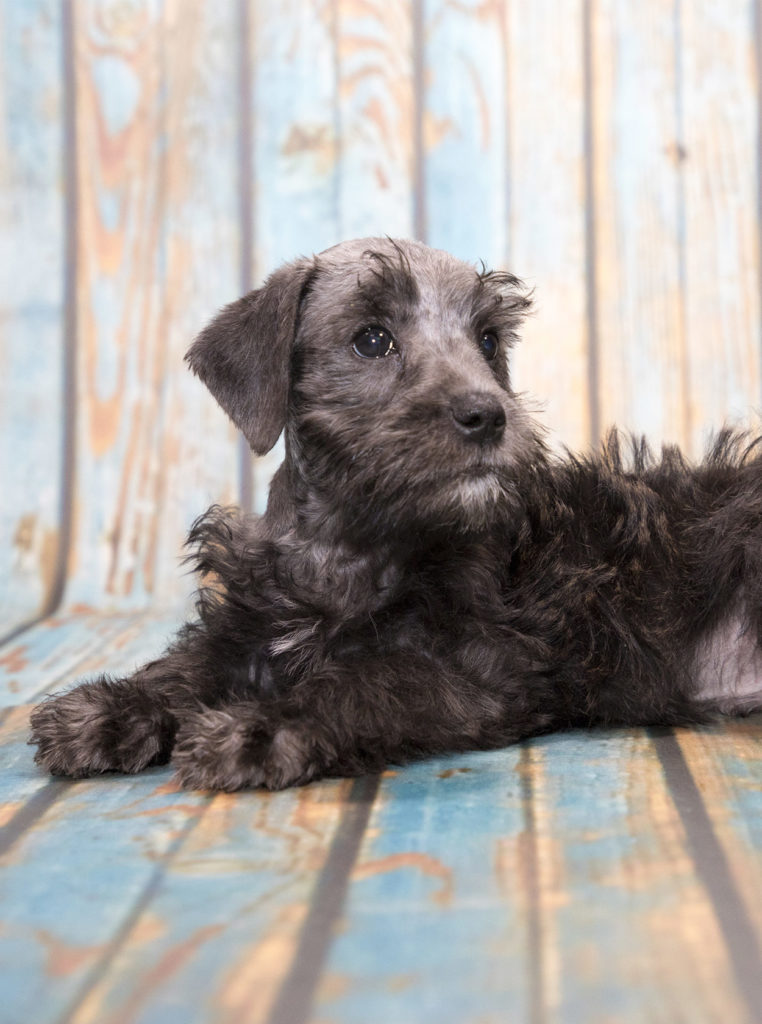 The Schnoodle’s name is a mix between its parents: a Poodle and a Schnauzer. Because of big size differences in parent dogs, Schnoodle puppies can grow up to be anywhere from six pounds to more than 75 pounds!

You can never know exactly what you might get with a crossbred dog. But, the Schnoodle has managed to endear itself to owners across continents, making this pretty much as close to a “sure thing” as you are likely to find with a crossbred pup!

Schnoodle owners generally describe their pups as happy-go-lucky, friendly, very eager to please, smart and trainable, and – best of all for some – low-shedding dogs! 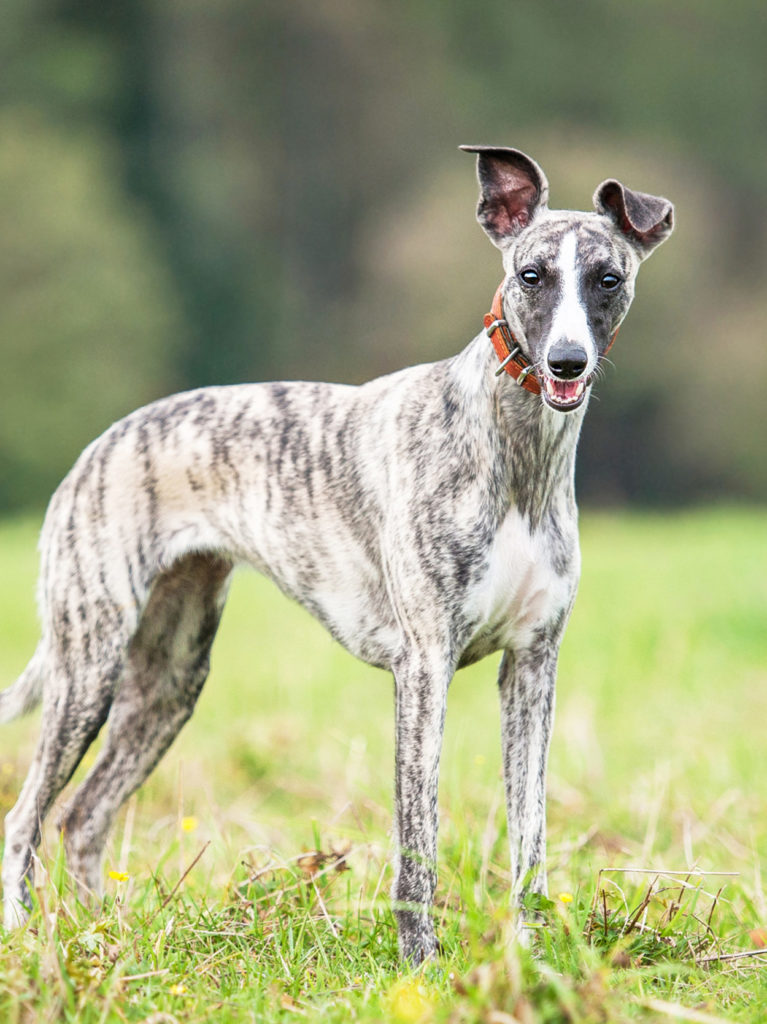 These dogs are very, very fast! They not only love to run, but they were literally bred for it.

Whippets are related to the Greyhound, which is easy to see when you look at them. Whippets are really cool dogs – they have a natural aristocratic elegance and grace about them, plus they have really good posture!

These sight hounds are gentle and affectionate, and they love a good snuggle with family members of all ages.

The Cockapoo is the natural outcome of crossing a Cocker Spaniel, with all of its elegant floppiness, and the Poodle, which is one of the acknowledged Einsteins of the canine world. 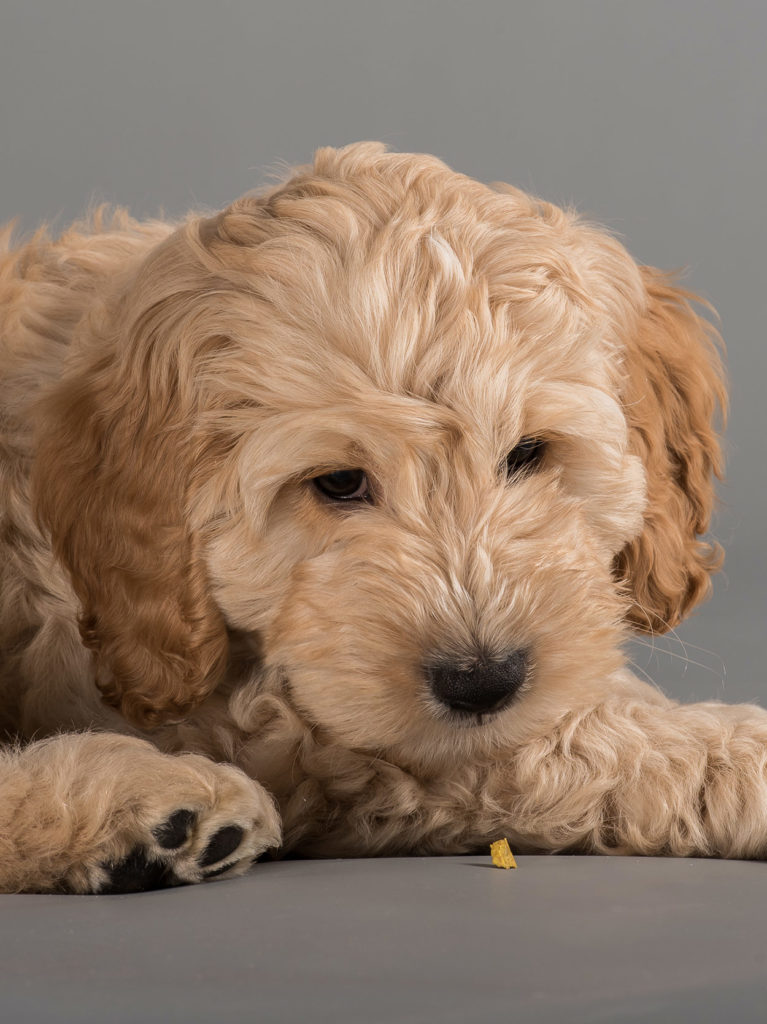 These dogs have actually been known and popular as far back as 1950!

“Happy,” “friendly,” “outgoing,” “loving” – these are just some of the adjectives most commonly applied to this cool dog breed!

One label that often doesn’t fit, however, is “hypoallergenic,” since only the Poodle is a low-to-no shedding dog breed. The Cocker Spaniel is a rather more energetic shedder!

It nearly goes without saying that the Cockapoo, the winner of Britain’s happiest dog contest, makes an excellent family pet choice!

Who doesn’t know the famous Golden Retriever, with its gorgeous, lush golden coat? 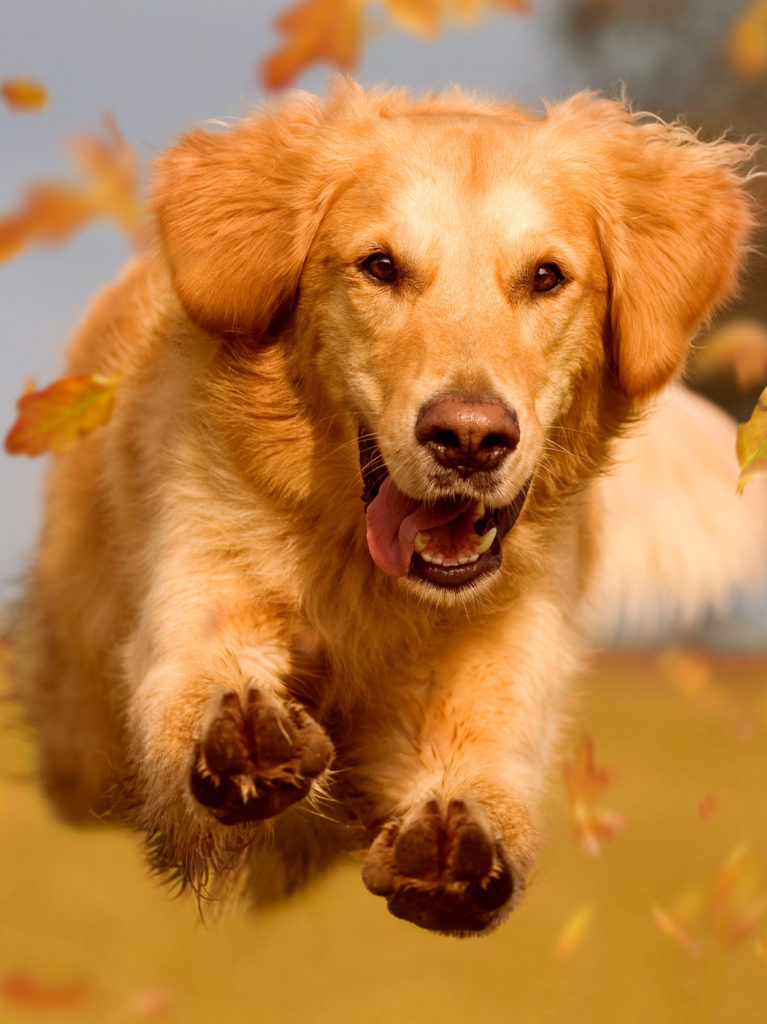 Not only are these the dogs that will routinely give you an extreme case of “good hair envy,” but they also regularly win titles like “friendliest,” “smartest” and “most lovable,” not to mention “cutest!”

If you are seeking a low-shedding canine companion, you may also want to know these dogs have a really good shot at winning “most hairy” and “biggest shedder.”

The Golden Retriever makes an excellent working dog in every way save one – this is NOT the dog you want to pick if you need a guard dog!

Golden Retrievers do need some space to move about, so if you have a tiny home, you should be prepared to spend lots of time outdoors. Otherwise, this dog breed makes a great pet all around!

The Blue Heeler gets its catchy moniker from its lovely coat color, pattern, and markings. 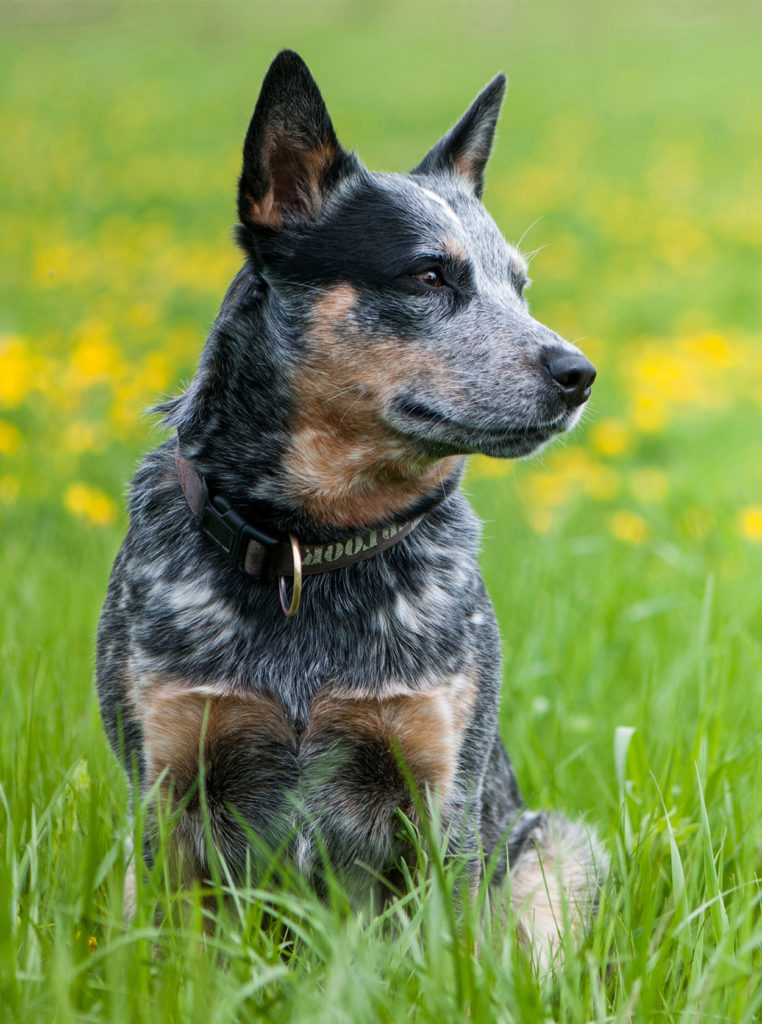 Its less-catchy original name is the Australian Cattle Dog, and sometimes these dogs also go by the name of Queensland Heeler or Red Heeler. When a dog has this many names, you know you’ve got to be onto something good!

And in fact, the Blue Heeler is also one of the few dogs that has authentic dingo (Australian wild dog) blood in its recent lineage! The Blue Heeler can also claim Dalmatian, Bull Terrier, Collie, and Kelpie in their gene pool.

The Blue Heeler is a working dog, pure and simple. These dogs got their start herding cattle, mostly by nipping at (but not chomping on) the heels of slower cows to get them to move along.

In Germany, where the Weimaraner got its start – and that cool name – these dogs are nicknamed the “Grey Ghost.” 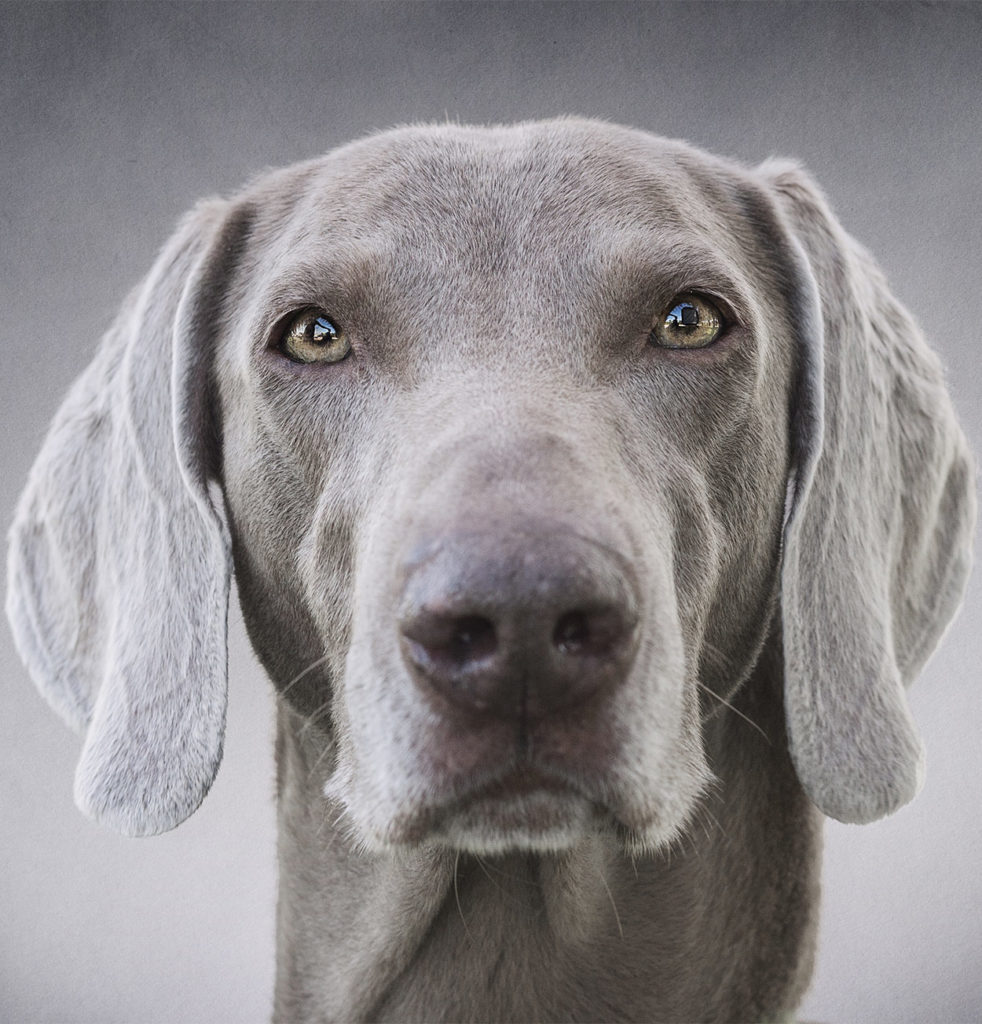 The Weimaraner is named after the place in Germany where the dog breed arose – Weimar, which is both a city and an unofficial German Republic. The name is pronounced “Why (or Vy) – mer – rah – ner.”

Weimaraners are the type of dog other dog breeds might be jealous of (if dogs were inclined to be jealous of one another, which, thank goodness, they aren’t!).

This is because the Weimaraner is good at pretty much everything in the hunting arena! They can point, retrieve, chase, flush, and hunt without breaking a sweat.

It doesn’t hurt that these dogs make for super photogenic models, too! While the short-hair Weimaraner is more frequently seen, the long-hair Weimaraner is equally eye-catching, although it definitely needs more coat care to stay that way.

The Yorkshire Terrier, or “Yorkie” as enthusiasts have dubbed it, is the coolest of cool small dog breeds. 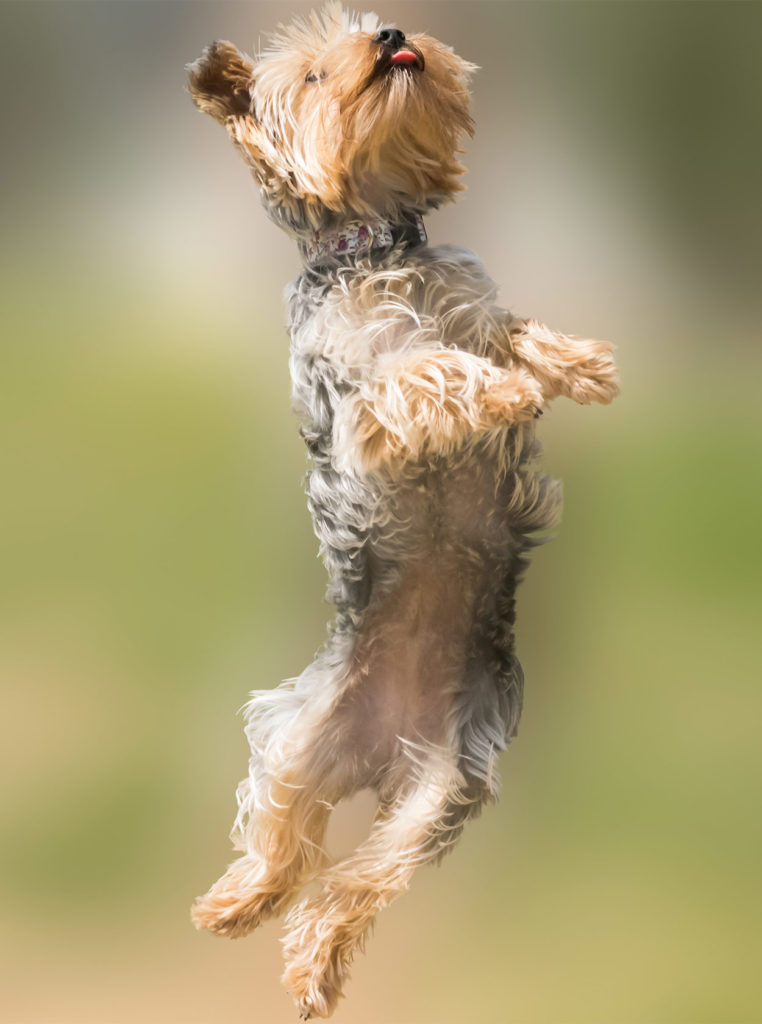 It probably won’t surprise you to learn that the Yorkshire Terrier hails from Yorkshire, a county in the UK.

However, from there, this pint-sized dog’s popularity has created an ongoing debate about exactly who can take credit for this super-popular dog breed!

The name “terrier” basically translates to mean “of the earth,” which is precisely where this smart, focused and fierce little hunter heads when he sees prey. Rats, mice, foxes, badgers – none intimidate a Yorkie on the job!

Yorkies can grow the kind of long, luxurious fur coat that can make their owners turn green with envy. However, this coat in turn generates a need for continuous care, including brushing, combing and grooming.

The Labradoodle is the Labrador + Poodle mashup that turned the purebred canine world totally upside down. 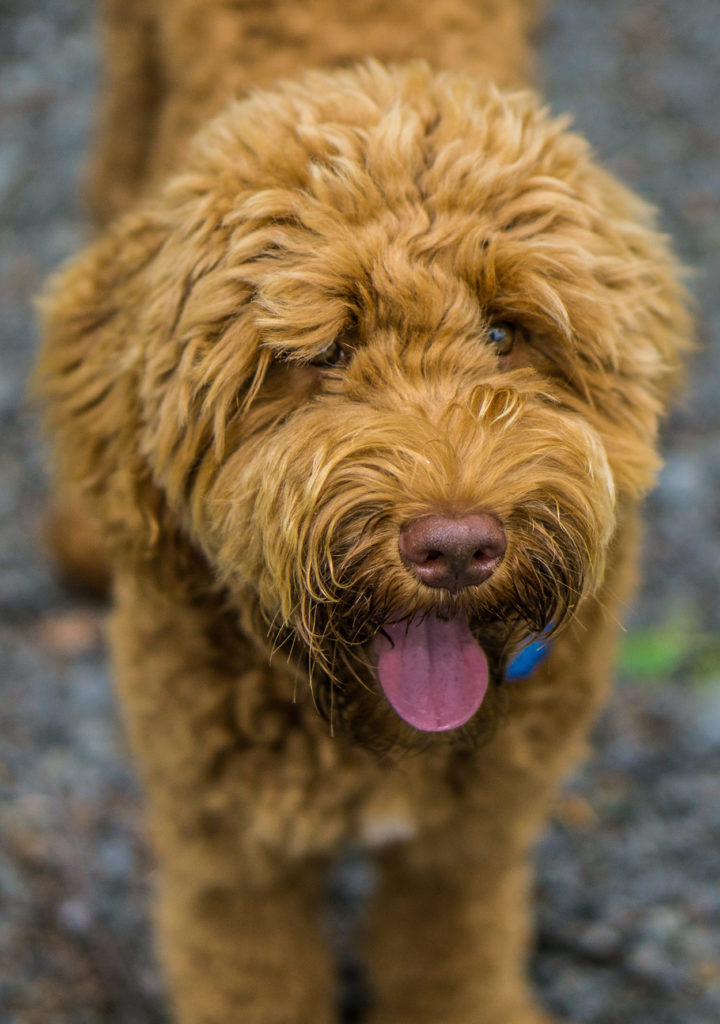 The very first Labradoodle was created with a specific intention. Wally Conron was a manager for Australia’s Royal Guide Dog Association when he was approached by a sight-impaired woman looking for a seeing eye dog.

There was just one problem: this woman’s husband was wildly allergic to pet dander! Conron took on the challenge, with the Labradoodle being the successful result.

While there is never any way to know for sure exactly which traits will translate from either parent dog to a given puppy, in general the Labradoodle has a sufficiently stable temperament, along with its near-hypoallergenic coat.

1. The Labrador – The Coolest Dog Breed of All!

What makes the Labrador one of the coolest dogs to get? 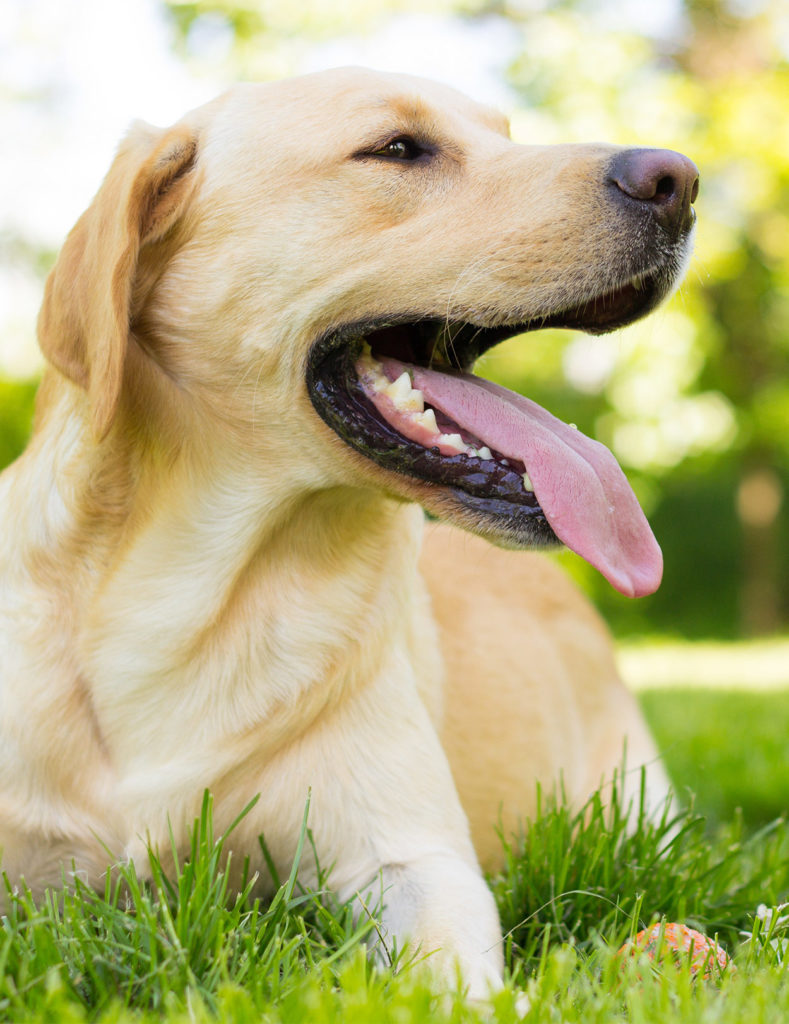 For starters, 27 straight years of coming in at Number One as the American Kennel Club’s favorite dog has to count for something! Plus, there is the Lab’s robust hold on the number one spot in the UK as well!

And then there is this dog’s stunning personality. After all, this is the dog breed voted “Most Likely to Become Mayor” (he reportedly ran as a “re-pup-lican” and beat out two human wannabes as a write-in candidate).

Labradors make great retrievers (for obvious reasons) and are fabulous guide dogs, service and therapy dogs, and working dogs. They can detect human cancer with their super-sensitive sniffer, but no one would ask them to guard anyone or anything – the Lab is way too friendly!

Labs make awesome family dogs. They are good with children and can be taught to be good with other family pets.

But, we will admit that we might be a little biased. After all, this is The Labrador Site! 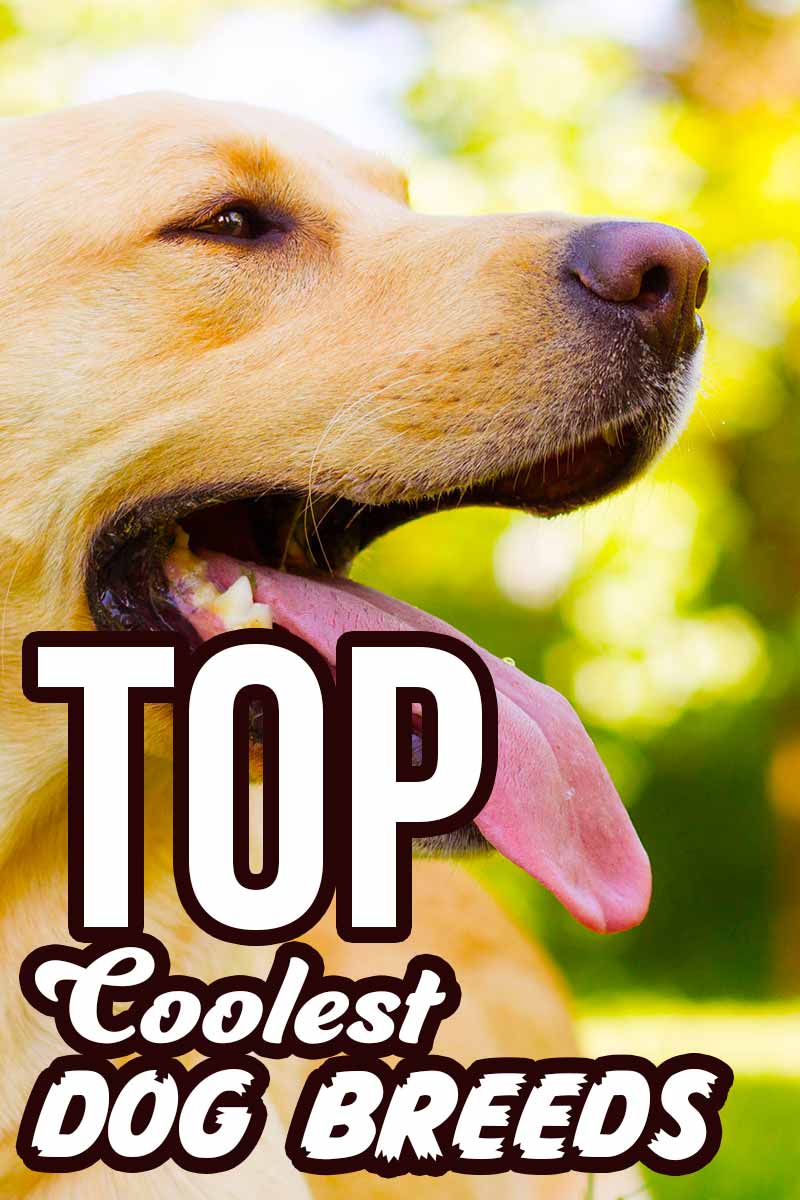 What makes your dog the coolest dog in the world? Your bond, of course!

The coolest dog ever is the one who is looking right at you with those soulful eyes, trusting you implicitly, loving you unconditionally, wanting to be with you no matter what (and especially at dinner time)!

It will be the dog that makes every day a little – or a lot – brighter, the one you see first thing in the morning and last thing at night, and can’t imagine your life without.

Which of these cool dogs to own has caught your eye? Have you ever cared for any of the cool dogs mentioned in this article? Drop us a comment to share your story! 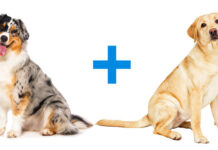 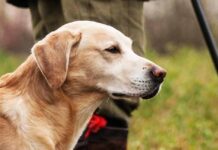 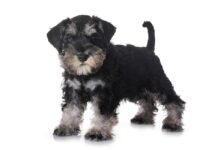 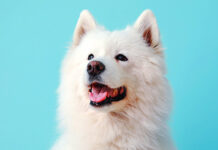 White Dog Breeds – Discover The Pups As Pale As Snow! 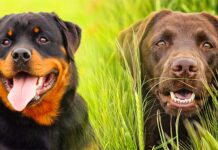 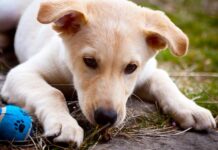 Husky Lab Mix – A Complete Guide To The Huskador Dog