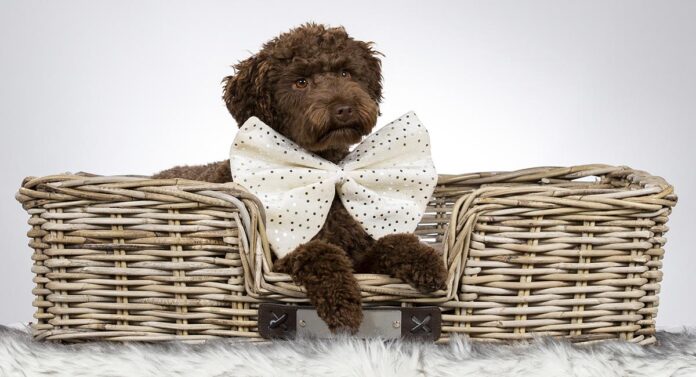 This is your complete guide to Labradoodle size. In this article you’ll learn how big the different Labradoodle mixes can grow, and how big (or small) your new puppy might be!  Labradoodle size can vary widely, depending on the parent breeds, and whether your pup is a miniature Labradoodle, standard Labradoodle, or somewhere in between.

If you’re still choosing your perfect pup, we’ll help you to decide which size Labradoodle is right for you, and explain the stages of their growth from newborn to adult dog. And once your pup is home, we’ll even help you to predict their adult size from their juvenile weight.

History of the Breed

Labradoodles as a hybrid breed got their start in the 1980s in Australia. A blind woman from Hawaii wrote to a man named Walter Conron. Conron was then in charge of breeding and training guide dogs for the Royal Guide Dog Association of Australia. The blind woman had a special problem: her husband was wildly allergic to dogs. So she was reaching out in hopes of finding a hypoallergenic dog to help her get around. Mr. Conron took on the challenge with gusto, and to make a long story short, the Labradoodle was the result.

Labradoodles still make fabulous service dogs. But they are also beloved as family pets for their famously friendly, smart, intuitive personality, their adorable appearance and, in some cases, their non-shedding coats.

How Big Are Labradoodle Puppies

Labradoodle puppies can vary in size even within a single litter. This variance relates to the size of each parent dog. And also to what generation breeding program the puppy comes from (more about that topic here later).

Standard Labradoodle puppies typically weigh between 7 and 12 pounds by the time they are two months old. But in 10 more short months, they may weigh up to 80 pounds depending on the size of each parent dog.

Miniature Labradoodle puppies, in contrast, may only weigh 4 to 7 pounds at the age of two months. In 10 months, they may weigh anywhere from 30 to 45 pounds. This depends on the size of each parent dog.

To estimate the size of medium Labradoodle puppies, it is best to learn as much as you can about the breeding pair. Important factors include whether the Poodle parent (if you choose an F1 breeder) is a Standard Poodle or a Miniature Poodle.

In the previous section, we learned that a Labradoodle puppy can weigh anywhere from 4 to 12 pounds at the age of two months. So how quickly will your little puppy grow up?

Various puppy growth calculators exist online and you can use these as guides. You need to know the breed size of each parent dog and the exact weight of your little Labradoodle pup.

One commonly used formula is to simply take your puppy’s weight at the age of four months, double it and then add 10 pounds. Here are two more easy and popular formulas you can use to guesstimate your Labradoodle puppy’s adult weight.

When your puppy reaches the age of two months, the number you see on the scale typically represents one-quarter of his or her estimated adult weight.

The Double Up Formula

When your puppy reaches the age of four months, the number you see on the scale typically represents one-half of his or her estimated adult weight. Puppyhood lasts just a short period of time but it is a critical time for your dog’s lifelong health.

For this reason, even though using these formulas can give you a handy point of reference as your Labradoodle puppy grows up, no formula should be used to substitute frequent weigh-ins and health check-ups by a qualified canine vet.

On the other hand, if your Labradoodle puppy is projected to be a standard size in adulthood, you will want to select a puppy food formulated for the needs of medium to large breed dogs.

Your canine vet can help you assess your puppy’s weight at each stage of the rapid puppyhood growth process. They can help you adjust portion sizes and Labradoodle puppy foods as needed.

What Is The Average Adult Labradoodle Size?

Labradoodle size in adulthood can vary depending on gender. In general, adult males tend to outweigh adult females by 10 to 15 pounds. Of course, this is not always the case. Other factors that can influence adult weight include birth order and food type. Also feeding schedule, activity level and health in puppyhood.

But by far the biggest potential impact on your pup’s adult size will be the size of each parent dog. Here, the more size uniformity there is between each parent dog, the more accurately you can predict your Labradoodle puppy’s adult size. Hybrid dog breeding always includes genetic uncertainty.

The Reason Behind This

Why can Labradoodle size in adulthood be so hard to precisely predict, you might be wondering? The answer relates back to the nature of hybrid dog breeding itself. Whenever two different sets of canine genes combine, it is not possible to predict exactly how each set of genes will influence a given puppy in any litter.

Using This To Choose Your Labradoodle

If it is very important for you to ensure your Labradoodle will be a certain size when fully grown, we encourage you to seek out a multi-generational Labradoodle breeder to work with. It is also very helpful to meet each parent dog to assess potential size variance in adulthood before making a commitment to a puppy.

If your primary goal is to bring home a non-shedding (often mislabeled as “hypoallergenic”) Labradoodle puppy, your best bet is to pick either a F1b or a multi-generational Labradoodle breeder to work with, with a high proportion of Poodle ancestry. Here again, meeting each parent dog can help you assess potential coat variance in adulthood.

These two examples will give you more insight into how sizing differences arise. It can even happen between Labradoodle puppies within a single litter.

Here, it is easy to see how you can expect quite a bit of size variance in early (F1, F1b) breeding programs regardless of what each parent dog weighs. In later breeding programs (F2, F3/multi-gen), it is usually easier to predict the adult Labradoodle size for a given puppy.

On average, the next two sections outline the typical adult size ranges for all three Labradoodle size categories.

We hope you have found this article about Labradoodle size to be helpful and informative! Are you considering adding a Labradoodle to your family or are you trying to guess how big your Labradoodle puppy will be in adulthood?

If you have additional questions about the Labradoodle, please post them in the comments section below and we will do our best to address them in future articles here.

We have tons of great guides for Labradors, Labradoodles, and more! Take a look at some of the links below for more helpful information about your new dog! 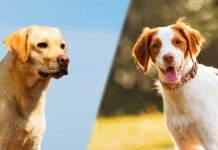 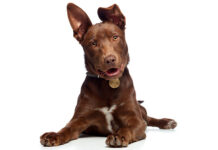 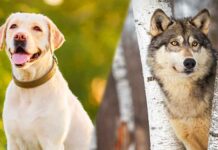 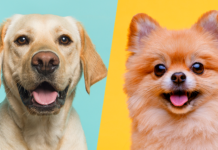 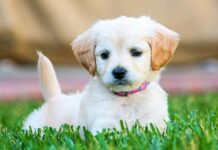