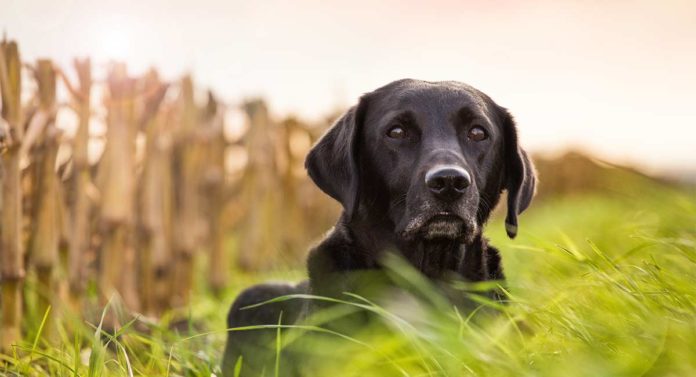 Do dogs have a sense of time, or is it just luck that they seem to realise when dinner is just around the corner? It’s normal for owners to wonder about their dogs perception of time, because it impacts their happiness. In this article we are going to look at what scientific studies have discovered about how dogs sense the passage of time, and help you to understand how your dog might feel as the minutes turn into hours.

Dogs and sense of time

Perhaps you’ve done it as you leave your own dog alone in the house when you go for a long day out? Many dog owners wonder if their best friends have a sense of time and miss them when they’re not home. What is a dog’s concept of time and how is it different from how humans perceive time?

It turns out that while dogs have no concept of time in the way that humans have constructed measurements of it (hours, days, weeks, etc.), they do understand the passing of time in their own unique way!

The key to understanding how dogs and other animals understand the passing of time is to learn about how they process memories. The question “do dogs have a sense of time?” goes along with the question “what kind of memory do dogs have?” for many researchers. Sense of time is connected to memory. It’s common for humans with memory loss (such as Alzheimer’s disease or amnesia) to have an impaired or distorted perception of time. 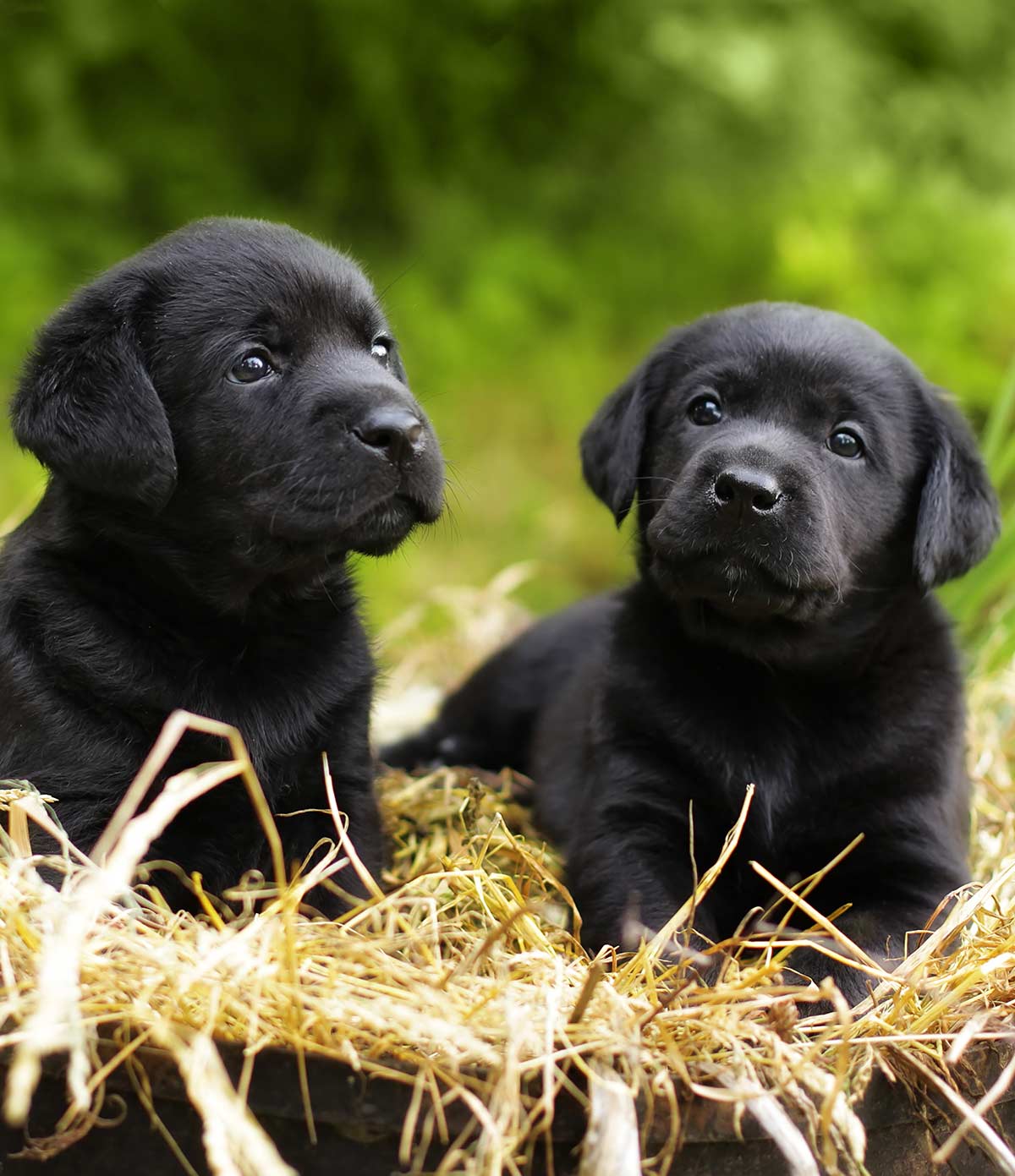 Animal memory is thought to be much less complex than human memory, so what does that mean for their perception of time? Do dogs have a sense of time and memory if they go to the pantry each day in the late afternoon, waiting for you to get out the container of dog food and feed them dinner? Here’s a brief overview of memory and why it’s linked to sense of time.

Memory and sense of time

Humans have two types of memories. Implicit memory is a kind of unconscious memory; knowing how to ride a bicycle is often given as an example of implicit memory. Explicit memory is more complex and involves conscious thought about our knowledge and experiences. Examples include remembering things we learned in school, or what we did on our last birthday.

That’s a harder question to answer, but research has shown that some non-human animals seem to have a degree of explicit memory. Besides our closest primate relatives, researchers have found evidence of explicit memory in other animals like rats, some birds, and dogs. Studies suggest that animals can be especially good at remembering things that are “biologically significant” to them, such as where they have stored a cache of food that they intend to eat later.

One recent study has shown that dogs may have a type of explicit memory known as episodic memory. Episodic memory can be described as remembering certain events in your life.

In the study, dogs were taught to imitate human actions. They were then asked to perform those actions after time intervals ranging from one minute to one hour, which they did successfully. The authors suggest that this ability to recall specific actions demonstrates episodic memory in dogs.

Now that we’ve seen how impressive dogs’ memories can be, can we say that dogs have a sense of time? Dogs do not understand clock time or calendar time in the same way that we do, but they do have some perception of the passing of time that is unique to them. But how do we know facts about a dog’s concept of time? Is there scientific evidence to prove that they have some understanding of time?

There have been some studies of dogs’ perception of time. While sense of time has not been as widely studied as other areas of canine cognition, a few key studies have been done.

One of the most famous studies on dogs’ sense of time was published in 2011. Dogs with no history of separation anxiety were left home alone for varying periods of time. Data was collected on the dogs’ behavior and heart rate during these times.

The researchers found that the longer the dogs were separated from their owners, the more intense their physical response was to the return of their owners. Being left alone for two hours or more triggered the dogs’ excitement at the owners’ return. The authors concluded that dogs are affected by the length of time they are alone.

But before you start feeling guilty for leaving your dog alone during the day, it’s important to note that the researchers saw no evidence of distress while the dogs were alone. Their increased activity came after reuniting with their owners.

How do dogs know what time it is?

We’ve seen how dogs experience the passage of time by studying how they behave when they see their owners after being alone. But do dogs have a sense of time when it comes to understanding what time of day it is?

Do dogs know when it’s time to eat dinner or go for their daily walk? Recent research suggests that their extraordinary sense of smell plays a very big part in dogs’ perception of time.

What does smell have to do with time?

Alexandra Horowitz, founder of the Dog Cognition Lab at the Barnard College of Columbia University, wrote a fascinating book called Being a Dog based on her ongoing canine research. Horowitz states that dogs can literally smell time. A dog’s keen sense of smell allows it to process changes in odors as time passes.

What kinds of time changes can a dog smell?

Dogs can sense the changes in the air. For example, hot air rises over the course of an afternoon. They can also interpret the intensity of smells in terms of the passage of time—a strong smell indicates a recent event, while a weak smell means that the event occurred further in the past.

Dogs can even perceive the future through smell! Imagine taking your dog for a walk and the scent of another dog around the corner comes to him on the breeze. Before the other dog is visible, your dog knows it’s coming.

One dog’s sense of time

Dogs don’t understand how we have organized time into units of measurement. But dogs have a perception of time that makes sense to them. Check out this video of a dog who anticipates his owner’s return home from work at the same time each day. A simple experiment seems to prove that the dog senses the owner’s upcoming arrival time by the fading scent of the man over the course of the day:

This connection between scent and time makes sense given the importance of smell to a dog. The dog in the video goes to the door to wait for his owner after his scent fades to a certain level, knowing that he will return soon.

No doubt we’ll learn more about how dogs perceive time as further research is conducted by scientists. Studies using MRI scans of dogs’ brains are becoming more common and could lead to even more fascinating discoveries. One final note about dogs’ sense of time…what about our grey-muzzled friends?

Senior dogs and sense of time

Do senior dogs with cognitive decline experience distortions in their sense of time like humans suffering from dementia?

Dogs with cognitive dysfunction syndrome may shows signs of disorientation and changes in the sleep wake cycle that make it seem like their memory and sense of time is impaired. Cognitive decline in older dogs is similar to Alzheimer’s disease in humans. In fact, older dogs have been found to have the same amyloid plaques in the brain as humans with Alzheimer’s.

These plaques can lead to problems with learning, impaired memory, spatial disorientation, and wandering behavior. It is likely that senior dogs’ perception of time can be affected by cognitive dysfunction syndrome. While there is no cure for this condition, you can talk to your vet about treatment options that can improve your senior dog’s overall quality of life.

Do dogs have a sense of time?

So we’ve seen that dogs do not organize time into hours and weeks like we do. But they do appreciate the passing of time in their own unique way. In fact, some of the senses they use to do this are pretty surprising and remarkable – imagine being able to smell time!

One thing we do have in common is that the passage of time makes our reunions all the sweeter when they happen. Isn’t that ace?

Have you seen clues about your dog’s concept of time?

What behavior has lead you to think they’re keeping track of time? We’d love to hear your anecdotes and find out what your dogs are capable of in the comments box!