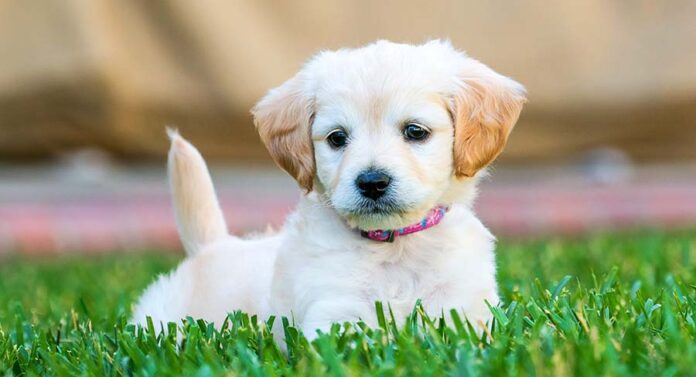 Does a teacup mini Labradoodle really pack all the charm of a Labrador and a Poodle into a cute, apartment-friendly little package? We find out what goes into making such small Labradoodles, and whether they are good pets.

Teacup miniature dogs have been steadily gaining interest for several years. They have stacks of ‘cute appeal’, and also practical appeal for people who are worried about controlling a larger dog, or who don’t have a large yard.

But how small can a Labradoodle really get? And is it a good idea to try and make them as small as possible?Let’s find out.

What is a teacup mini Labradoodle?

There’s no universally agreed upon definition of what dog mix should be described as a teacup mini Labradoodle. They are usually the result of crossing a miniature Labradoodle with a Miniature Poodle. This produces dogs much smaller than a standard Labradoodle. Very small multigen Mini Labradoodles can potentially even be crossed with a Toy Poodle.

Other names used to describe extra petite Labradoodle puppies for sale include ‘micro mini Labradoodle’ and ‘toy Labradoodle’. The prefix ‘teacup’ is popular because it conjures up the sweet and whimsical image of a puppy small enough to fit in a china teacup. But can any dog with a Labrador in their family tree really end up small enough to sit in cupped hands? Let’s look at the downsizing process more closely.

How small are teacup mini Labradoodles?

Labrador Retrievers are not a teacup-sized dog. In fact, most of them weigh somewhere between 55 and 80lbs! Miniature Labradoodles are bred by mating a female Labrador to a male Miniature Poodle. Miniature Poodles weigh just 10 to 15lbs. So crossing a naturally small female Lab to a Mini Poodle produces a generation of dogs between 15 and 55lbs. Most end up somewhere in the middle: around 30 – 40lbs.

Next some breeders may even consider crossing their full grown teacup mini Labradoodle with a Toy Poodle (maximum weight 6lbs), to create extremely small dogs indeed. However, even before that point is reached, it’s important to consider the pitfalls of such rapid miniaturization.

Shrinking a breeding line from the size of a Labrador to the size of a Miniature or Toy Poodle in just a few generations is very controversial. If a full grown teacup mini Labradoodle only reaches a quarter of the size of one of their grandparents, this poses potential health problems. Since those problems were avoidable, most people think it is unethical to bring them about.

For example, micro mini Labradoodles are still a patchwork of genetic information from their Poodle and Labrador ancestors. This means that all the different parts of their body might not downsize at the same rate. This is already a problem in dogs that have been modified over dozens of generations, and not just one or two. For example, dental problems are rife among toy dogs, because they still have to fit a wolf’s worth of teeth into a tiny set of jaws. And in flat faced breeds, breathing problems are common because the soft tissues in their palate haven’t shrunk at the same pace as the bones in their skull. So, mini teacup Labradoodles are also vulnerable to health problems caused by different tissues in their bodies not shrinking down at the same pace.

Lots of people are drawn to Labradoodles because they’re hoping for the obedient, easygoing charm of a Labrador, with a furniture-friendly non-shedding coat.

Labrador and Standard Poodle personalities are actually very similar. They both have a recent working gundog past, and they’re both smart, energetic, and affectionate with people. But Poodles tend to be a little more reserved with unfamiliar dogs, and more likely to bark at people and animals who approach their home. However, there’s no guarantee with any cross that they will only inherit the qualities you perceive as most desirable from each parent.

Miniature and Toy Poodles are also playful, active dogs, who love interacting with their human family. However, it’s been over 100 years since they last worked as gundogs. During this time, they’ve become more accustomed to the companion lifestyle, where trainability isn’t quite so important. So, a mini teacup Labradoodle might not be as impressively responsive to training as their larger cousins. They might also have some natural instincts which conflict with their physical limitations. For example, they might have a Lab’s enthusiasm for playing rough and tumble games with other dogs, but their size may make them vulnerable to injury if they do. This can be frustrating for them, and you.

Owing to their size, they are also vulnerable to bone fragility, and problems with bone formation. Very small dogs may also have difficulty ever becoming reliably potty trained. This is because they simply lack the bladder capacity to hold on very long.

So is it even possible to find a healthy teacup Labradoodle for sale at all?

Finding a micro Labradoodle for sale

The health risks of creating really tiny Labradoodles means that most reputable breeders won’t consider it. Many breeders regard them as at best a bit gimmicky, and at worst an unethical compromise on animal welfare. Unfortunately, whilst conscientious breeders resist breeding litters of puppies with a high risk of health problems, puppy mills are more than happy to step in to provide dangerously small dogs to unsuspecting customers.

Signs that a breeder is operating a puppy mill include:

Puppies from puppy mills are more likely to have expensive long term health problems. They also have a higher frequency of behavioral problems which take the joy out of owning them. You can read about more red flags to look out for here.

Small and miniature Labradoodles have lots of potential to be great family pets. Both of their parent breeds are noted for being affectionate and patient with children. They also like lots of human interaction, so busy households where there’s always someone around to engage with them are a good match. Remember that young children should be supervised with dogs at all times, even ones from famously child-friendly breeds. Very small dogs have fragile skeletons, and they can easily receive accidental injuries from children.

Due to the health risks of making Labradoodles too small, we can’t recommend choosing a puppy advertised as being teacup sized. Instead, look for miniature Labradoodles from naturally small parents instead.

Is a micro teacup labradoodle hypoallergenic?

If you’re considering a Labradoodle in any size because someone in your household has allergies, then unfortunately a Labradoodle is not guaranteed to be a safe choice. It’s a myth that non-shedding dogs are hypoallergenic. In fact, researchers have found that non-shedding dogs produce just as many allergens as shedding breeds, but in both types of dog there is a lot of variation between individuals. So whilst some people with allergies do succeed in finding a dog they can live with comfortably, it has nothing to do with their breed or their coat.

What about a teacup mini Australian Labradoodle?

Australian Labradoodles are accepted for registration by their breed club in three different sizes:

Miniature Australian Labradoodles weigh as little as 15 pounds. Whilst they’re likely to have reached that size by a more gradual process than other teacup Labradoodle puppies, it’s still worth asking their breeder for details of their family tree, and the sizes of the dogs in it.

A very small Labradoodle is a lot of peoples’ ideal dog. However, pursuing rapid and extreme miniaturization of dog breeds poses lots of dangers to their health and welfare. The smallest miniature Labradoodle puppies from reputable breeders still reach at least 15lbs when fully grown. Very small Labradoodles like these are achieved by adding lots of Miniature Poodle DNA to the mix, so they are likely to resemble a Poodle more than a Labrador in looks and temperament. Be wary of breeders who promise anything smaller than 15lbs. Either they’re lying, or they may have compromised their puppies’ health to achieve a really small size. When this happens, teacup Labradoodle cost can amount to much more than just their purchase price.

Vredegoor et al. Can f 1 levels in hair and homes of different dog breeds: lack of evidence to describe any dog breed as hypoallergenic. The Journal of Allergy and Clinical Immunology. 2012.