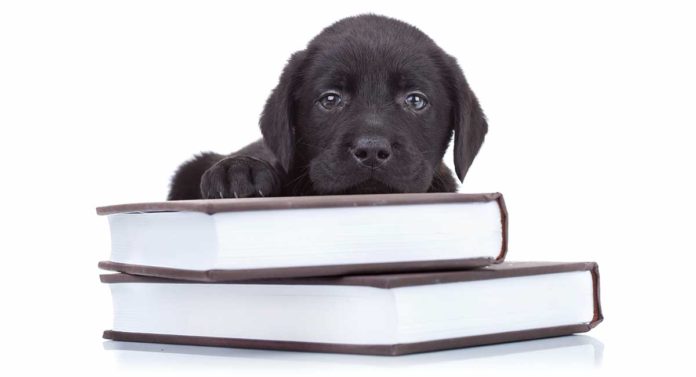 Black Labradors are renowned for their kind and gentle temperaments, but are black Labs smart as well?

For example, black Labs are frequently hunting dogs. Yellow Labs are guide dogs for the blind. And chocolate Labs are show dogs or pets.

Many people believe there is a difference in black Lab intelligence compared to the other colors.

Highly regarded as a working dog, black Labradors are thought of as extremely intelligent and quick learners.

But are black Labs smarter than their yellow and chocolate cousins? Or is that a myth?

Here we find out how the Labrador Retriever ranks alongside other breeds when it comes to dog brains.

And why black Labs are considered the brightest of the Labs.

History of the Labrador Retriever

How are black Labs smart?

To better understand the intelligence and personality of Labradors, it is a good idea to look back at their history and development.

Labradors originated on the island of Newfoundland in Canada, during the 1500s.

They were created by cross-breeding small water dogs with Newfoundlands, resulting in a breed known as St. John’s Water Dog.

Fishermen owned these dogs and used them for retrieving fish that had fallen into the water and pulling in nets.

Which explains why this breed is such an excellent swimmer!

In the early 1800s, these loyal and hard-working dogs were imported to Poole in England by the Earl of Malmesbury.

Once on UK shore, they were used as gundogs in the hunting field.

Here the breed was developed and eventually renamed Labrador Retriever.

They gained popularity due to their remarkable retrieving ability as retrievers and  gentle nature.

They are consistently regarded as one of the easiest dogs to train.

According to acclaimed dog intelligence expert Stanley Cohen, famous for his book The Intelligence of Dogs, Labrador Retrievers are the world’s 7th brightest dog breed.

For the book, more than 200 professional dog obedience judges ranked breeds according to their intelligence.

The study revealed that German Shepherds, Golden Retrievers, Poodles and Labradors were able to learn almost 250 signals, signs and words.

These highly intelligent breeds could understand new commands, requiring less than five repetitions, and obeying the first command 95 percent of the time or better.

What Are Labradors Used For?

Friendly, sweet-natured and eager to please, the Labrador Retriever belongs to the gundog group.

They have consistently topped the AKC list of most popular breeds by registration for many years.

They are usually black, yellow or chocolate, but sometimes seen in silver too. (Although a silver coat is not recognized by the American Kennel Club.)

Labs not only make great companions for the home but are also renowned working dogs due to their high intelligence and ability to train.

Jobs they excel in include:

Labradors are incredibly versatile, excelling in all types of dog competitions, including agility, obedience, and show and field.

Are Black Labs Smart Compared to Other Colors of Labradors?

Early Labradors were mainly black and often regarded as the best color for use as a working dog.

And until the early 1900s, yellow and chocolate labs were often thought undesirable and frequently culled at birth.

Historically, black Labs were also favored in the hunting field.

A black dog can merge within the woodland and grasses, which makes them less likely to be seen by the prey, compared to a bright yellow lab.

Even today, the hunting fraternity tend to favor black Labradors because they are considered highly trainable and excellent retrievers.

They are capable of holding game gently in their soft mouth without damaging it.

Yellows are acceptable, but chocolates are considered a challenge to train and more suitable for the show ring than for hunting.

But is that fair on the poor old chocolate Lab?

Are Black Labs Smarter and Easier to Train Than Other Labrador Colors?

There is much controversy regarding Labrador colors.

As the black gene is the most dominant, there are more black Labs than any other color of Labrador.

Simple because of this, some people consider the black lab clever in comparison to yellow and chocolate Labradors.

But is this justified?

The yellow Labrador Retriever has proven himself as hard working and intelligent as his black cousins and is well-known in his role as a guide dog for the blind.

However, many people describe chocolate Labs as stubborn and unwilling during training sessions—or just stupid.

One possible explanation for this is the increasing popularity of the chocolate color in the show ring.

Perhaps this has lead to a generation of chocolate Labs bred for their looks and conformation, at the expense of their smarts.

Another theory is that when the chocolate Labrador had a sudden, brief spike in popularity, irresponsible breeders prioritised passing on coat color over passing on working genes.

However, all dogs are individuals. There is no clear evidence that coat color affects their intelligence.

What Is the Difference Between American Black Labs and English Black Labs?

Most black Labs are bred as hunting companions and are often known as American Labradors.

However, some are bred exclusively for the show ring and called English Labradors.

These types of black Labradors have nothing to do with the country of origin but the purpose they are bred.

However it’s not as simple as giving each puppy from a litter a purpose at birth.

They have different statures, with the English black Lab being broader than the American and is slower to mature compared to the hunting type.

Labradors in general are considered smart dogs, ranking in at seventh place for the brightest dog breed in the world.

The black Lab has a long history as a hunting companion, with many generations selectively bred for their working genes.

So they possess an instinct and intelligence that is desired by hunters.

The popularity of yellow and chocolate Labradors has also increased over the years.

Which has seen them perform in all areas of work and competition, matching their black counterparts.

However, each dog is an individual.

Their temperament and intelligence are often defined by good breeding rather than coat color.

Black, yellow and chocolate Labrador Retriever puppies can all appear in the same litter.

Whatever the color, the Labrador Retriever remains a favorite breed due to its adorable, kind and intelligent nature, making it extremely trainable in all aspects.

What Color is Your Lab?

Have you noticed any differences in temperament and intelligence for specific colors?

Share your stories and read what other Lab owners think, over in the forum.

If you want to see how the lifespan of Lab colors compares, check out our guide to Labrador lifespan. 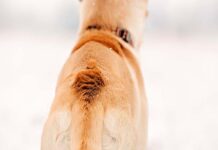