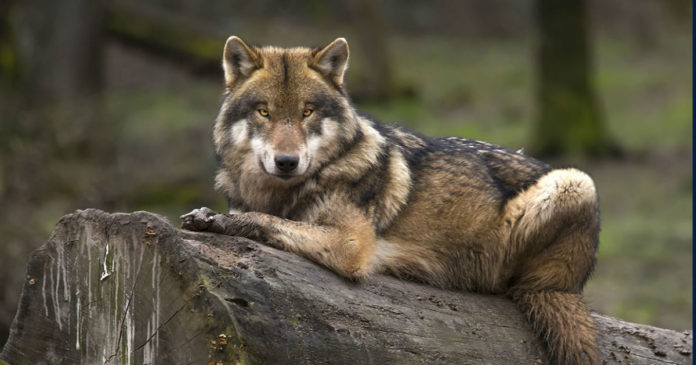 What is the difference between a wolf vs dog? Are dogs really just domesticated wolves? Or do they have differences beyond their temperament?

It seems to be a common assumption that wolves and dogs are very similar. It is assumed that they eat the same thing, have the same health problems and have the same needs.

But how true is this?

Dogs and wolves have been separate for hundreds, even thousands, of years. Has this separation caused any biological differences? Or could you throw a dog into the wild and watch it revert to its wolf ancestry?

In this article, we’ll figure out the differences between a wolf and a dog, and confirm if they are just different versions of each other.

Wolf vs. Dog: Are They Really Any Different?

Dogs and wolves have very similar biology and social behavior.

In fact, one study found that wolves and dogs generally exhibited the same submissive behaviors for the same comparable reasons.

However, despite some commonalities, dogs and wolves are very different.

The easiest way to see this difference is in the differing species names. Dogs, after all, are canis familiaris, while wolves are canis lupus.

There is, however, some debate regarding this classification, which will later be discussed in detail.

Wolves and dogs do have different genes, which does make them different on a biological level.

However, some dog breeds are more genetically different from wolves than others.

This study found that the closest dogs to a wolf were the Shiba Inu, Chow Chow, Akita and the Alaskan malamute. Other dogs though have vastly different genes.

Just think about breeds such as Chihuahuas, Pomeranians and dachshunds. These breeds don’t look like wolves at all. They don’t even look like a lot of their fellow dog breeds.

How different a dog is from a wolf relies a lot on what dog you’re talking about. For the sake of this article, we will be discussing dogs in general.

Can Dogs and Wolves Breed?

Technically, different species cannot breed and produce fertile offspring. Wolves and foxes cannot breed, for example, because they are not the same species.

Does this mean that dogs and wolves cannot breed because they are, after all, identified as separate species?

Dogs and wolves can interbreed. And they commonly do, creating the controversial wolf-dog hybrid.

The point though is that it can happen, and the pairing does produce fertile offspring.

This, however, does not necessarily make them the same species for a number of reasons.

Secondly, dogs very rarely hunt for food. Sure, some dogs are used to facilitate human hunting. However, it is very rare for a dog to make a kill, even if the canine is feral.

More commonly, feral dogs and wandering domestic dogs take on the role of scavenger. They’re still labeled as carnivores, but most of them do not actually kill the carcasses themselves. 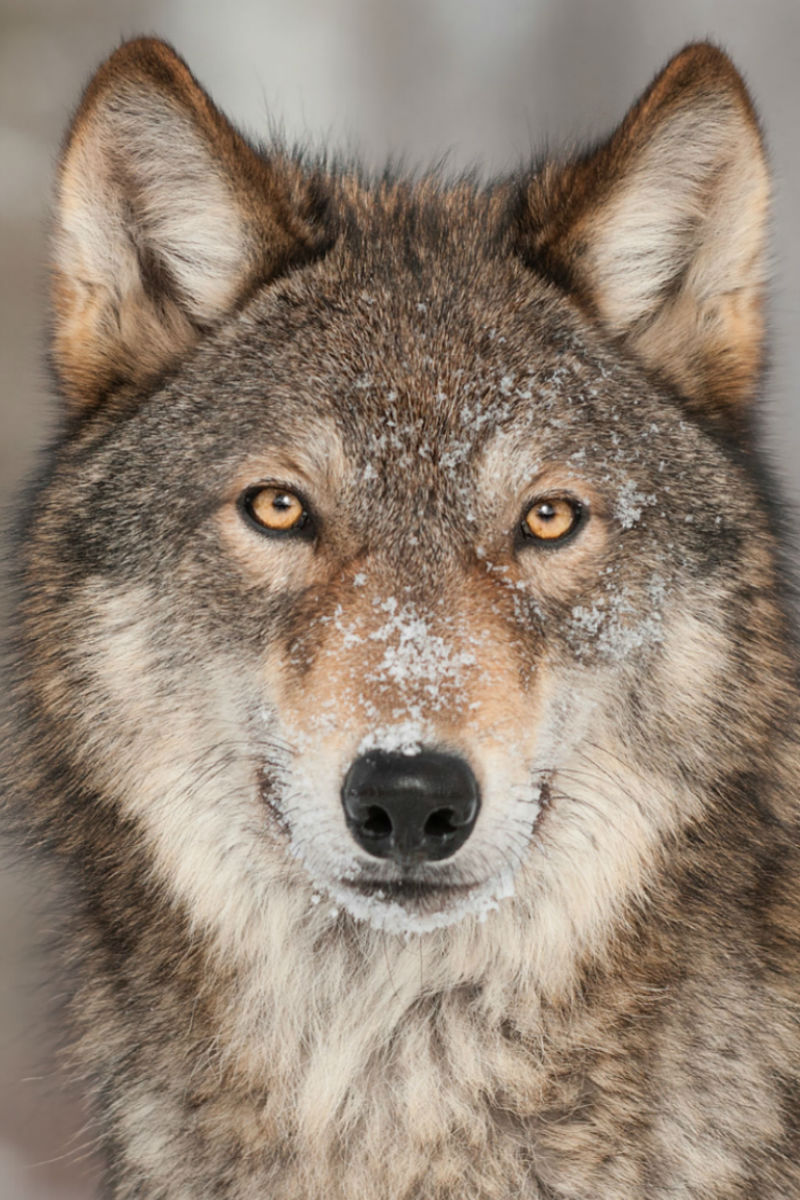 This can be minor or extremely obvious. For example, comparing a wolf to a terrier is a lot like comparing a domestic cat to a lion—the difference is clear.

There are also slight physical differences that might not be noticed at first glance. A wolf’s head, for example, is much larger when compared to its body.

They have a tendency to have larger paws than most dog species. They also have two extra front toes, which are webbed to increase swimming speeds and their ability to walk on snow.

However, their chests and hips are narrower.

This allows wolves to survive more easily in the wilderness.

Those huge paws help them walk more fluidly on snow and even increase their running speed.

Their narrow body, as well, helps them effortlessly run. Their large head helps them bring down prey and increases their biting power.

On the other hand, people looking for domesticated dogs probably won’t require that they walk easily on snow, run noticeably fast or bring down prey.

The eye colors of wolves and dogs are also different. While dogs have a large range of eye color, wolves only have shades of yellow or amber.

Dog coats as well vary a lot more than a wolf’s. Dogs can have all sorts of coats: long coats, short coats, light coats, dark coats.

A wolf’s coat though is predominantly white, black, gray or brown. This is because they depend on camouflage for survival. A wolf with a bright white, short coat would quickly perish.

Despite all their differences, wolves and dogs both have the same number of teeth: 42.

However, a domesticated canine’s teeth are a bit smaller.

Their teeth also come in at different times and usually last longer than a wolf’s. However, this probably has more to do with humans caring for them more so than genetics.

Dogs and wolves have lots of differences physically, but what about mentally?

Actually, there is a big difference between dogs vs wolves there too.

One study tested the ability of dogs and wolves to respond to human hand gestures, specifically pointing.

This study tested both puppies and adults.

The wolves tested had been hand raised by humans and were reported to show no fear of the testing devices or the experimenter.

In one experiment, the researcher visibly dropped a piece of food into one of two bowls. The canine, who had seen where the food went, was then released to eat the food out of the bowl.

Next, the examiner hid the bowls from view while he placed the food inside.

The bowls were then placed on the ground, and the examiner made eye contact with the canine and pointed toward the correct bowl.

This study found that there was a large difference between the wolves and dogs tested.

Wolf pups, at the age of 8 weeks, were unable to process the pointing gesture to the food because of the pups’ restricted visual field and visual motor coordination.

On the other hand, dogs at the same age, were able to understand the gestures and pass the pointing gesture test on a group level.

It appears then that dogs have an innate ability to understand humans more easily than their wild cousins.

In contrast, the study found that wolf pups were more aggressive in the similar socialization scenarios and were more likely to be antisocial.

This shows that, even when socialized heavily from a young age, wolves are just not as human-friendly as dogs are.

There are specific behavioral differences between wolves and dogs that are present from birth.

Grey Wolf vs. Dog: Is It All the Same Really?

When it comes to the question of “is a wolf a dog,” the answer is a resounding no.

There are a lot of differences between a wolf and dog. They act differently, they look differently and they even eat differently.

Wolves and dogs are about as similar as tigers and cats.

They are similar enough to identify together, but they are not at all the same species.

They do have some things they share, such as barking.

Wolves can never be domesticated. They can be trained, somewhat, but domestication is a product of breeding.

It is clear that even when raised like dogs, wolves do not simply become dogs.

They are very different animals despite their similarities.

Schenkel, R., et. al., 1967, “Submission: Its Features and Function in the Wolf and Dog,” Integrative and Comparative Biology