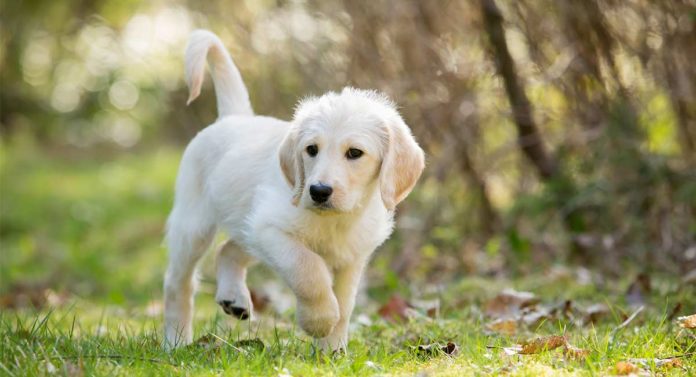 We have got 250 awesome Labradoodle names to share with you, in fun themed lists. Along with some excellent ideas for choosing your very own unique names for your Labradoodle puppy.

Getting creative can turn naming your Labradoodle into a fun and interesting process!  Whether you’re considering a cute, funny, or unique name, you’ll eventually need to decide on the perfect name for your furry friend. And one you can commit to happily.

Even if you don’t have any elaborate training planned for your new dog just yet, to avoid confusing your new pup, you’ll need to stick to whatever name you end up choosing. Fortunately, Labradoodles have plenty of characteristics that clearly set them apart from other dogs. These traits, in turn, can be used as inspiration during the naming process!

When you are thinking of your own Labradoodle names why not get ideas from their curly coat, or outgoing personalities? Regardless of the path you take for finding the right name, we hope we can help you simplify the process by providing some Labradoodle dog name ideas.

These combined traits stand out in most Labradoodles and can be useful in picking a suitable Labradoodle name. The names we’ve chosen are a testament—we hope—to Labradoodles, both in their appearance and personality.

The popular mixed breed is not easily pegged as a cutesy toy breed dog, but nor are they a large, tough, or overly serious type.

Many of these female labradoodle names are used quite often and may be familiar. We’ve made a point of choosing names that are easy to call out—by keeping that syllable count low!

Here are some male Labradoodle names that balance easy pronunciation with a nod to the dog’s distinctiveness nature. These masculine names are strong and assertive, but still cute enough for your adorable dog!

Now let’s dive into some more creative theme-based names. First, our cool Labradoodle names take quite a bit of inspiration from their high-energy nature. To find the perfect fit, just envision your a Labradoodle puppy bolting gallantly through a park at top speeds as you read through these names. 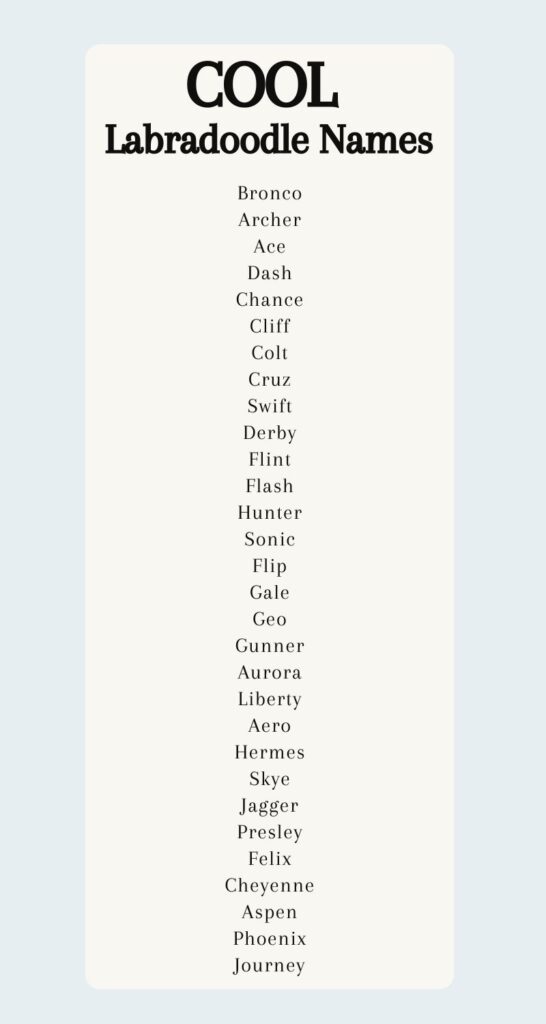 Some of these unique Labradoodle name ideas not immediately come to mind. Consider this list as the whose-who of interesting names, many of which are often totally underrated.

Another great way of coming up with a more unusual name for your Labradoodle puppy is to think a little outside the box. Choose a topic or theme that has lots of words associated with it, but that isn’t often used when creating names. Drinks brands, holiday destinations, canned goods! They all help you to come up with ideas that are a bit fun, and rarer than the standard names you’ll find in lists.

Labradoodles are well-known for being loving and affectionate. So this next batch of names is inspired by the theme of kindness and sweetness. These names particularly lend themselves to Labradoodle puppies.

What’s cute to you? To come up with even more adorable ideas think of the most squishy, cutesy thing you can. Babies? Bunnies?  Tiny creatures? All these sweet things can be a source of some very lovely names.

Check out more cute puppy names here. You may also be interested in our list of funny dog names.

When naming pets, one helpful way to brainstorm ideas is by taking cues from their origins. Here are some Labradoodle names with an Australian twist, since Labradoodles were first bred in—surprise, surprise—Australia.

The first name on the list comes from one of the very first Labradoodles. The names after that are definitely a lot more Australian. And they have some cool meanings behind them too!

Did you know the boy’s name Aari means Mountain of Strength? Or that the girls name Aayla means Top of the Mountain? Whereas Jimi is a unisex name that means Independent or Face Life’s Challenges. Pretty cool, right!

Chocolate and black colored coats are quite common with Labradoodle pups, not surprising given their common appearance in both their Labrador and poodle parent breeds. That being said, there are a host of other color coat possibilities, especially due to the wide variety of poodle coats. For now, though, we’ll stick to the two most typical coat colors—chocolate and black.

So let’s start with chocolate. In this list, you may also see some names—as you’d expect—associated with sweet things.

Why not name your dog after a tasty treat that’s not on this list? It doesn’t really matter whether it’s chocolate colored or not, as long as you love it! You can also check out this list of chocolate Lab names for more inspiration.

These names make reference to the color black itself. Some of these names have more mystical meanings. Whereas others allude to the night or nocturnal references derived from various languages and cultures.

Naming a black dog has such a lot of possibilities, and they go way beyond coat color. But lots of people do like to choose more mystical names for dark colored dogs. Are you a fan of the unusual, then why not brainstorm some more creatively themed words from the witching world! You can find are some more black dog names you may like here too.

Before choosing a name it helps to known some common traits of Labradoodles, as these characteristics are the underpinning to the proposed list of names.

The Labradoodle is a hybrid breed—a cross between a Labrador and a Poodle.

Hybrid dogs may inherit distinct traits from either parent breed in terms of their appearance and personality, but are most often a combination of the two.

This is definitely true of most Labradoodles but there’s definitely wiggle room when it comes to traits like the type of coat, color, and overall size.

In addition, Labradoodle puppies may be social and outgoing like their Labrador parent, or calm (yet still energetic) taking cues from their poodle background.

That being said, they do tend to share some key traits that may serve us well in the naming department.

Most notably, Labradoodles have high energy and a playful nature, moreover, they are intelligent with an affectionate demeanor.

Labradoodles need a constant outlet for their boundless energy—one of the blessings (or challenges) of raising a one.

They love to run and play, require daily stimulation, and are known for their intelligence, and ability to learn commands quickly.

Finally, Labradoodle pups typically shower their owners with affection—they love playing with their owners as well as receiving a lot of attention and praise.

Choosing a Name for Your Labradoodle Puppy

Hopefully, you’ve come across a name that jumps out to you as “the one” or maybe you’ve found a general theme to point you in the right direction.

Either way, we certainly hope we’ve provided you with some helpful ideas (or even maybe even the name you’re going to pick).

And wish you and your labradoodle a happy, healthy path ahead! If you need inspiration, take a look at this helpful name collection!

Which names did you like best? Have you chosen a name for your Labradoodle? Even if it’s not on the list, we’d love to hear all about it in the comments below. 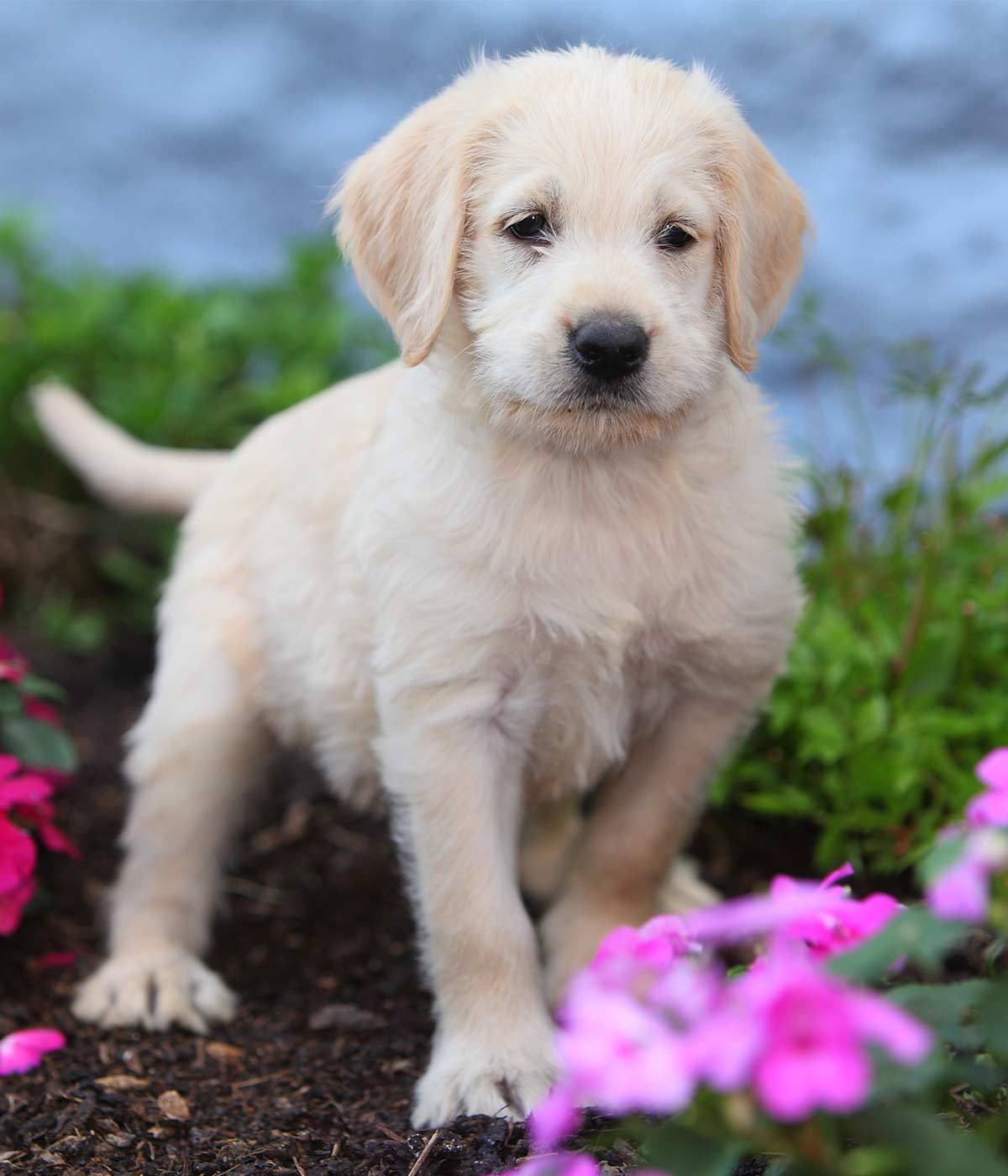 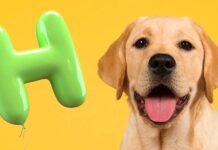 233 Dog Names That Start With H 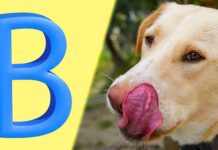 Dog Names That Start With B 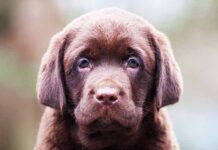 Dog Names That Start With G 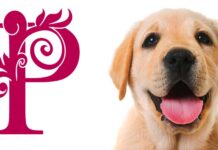 Dog Names That Start With P 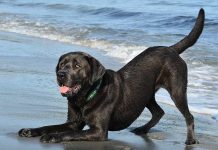 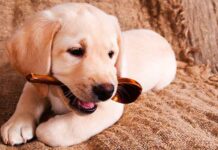